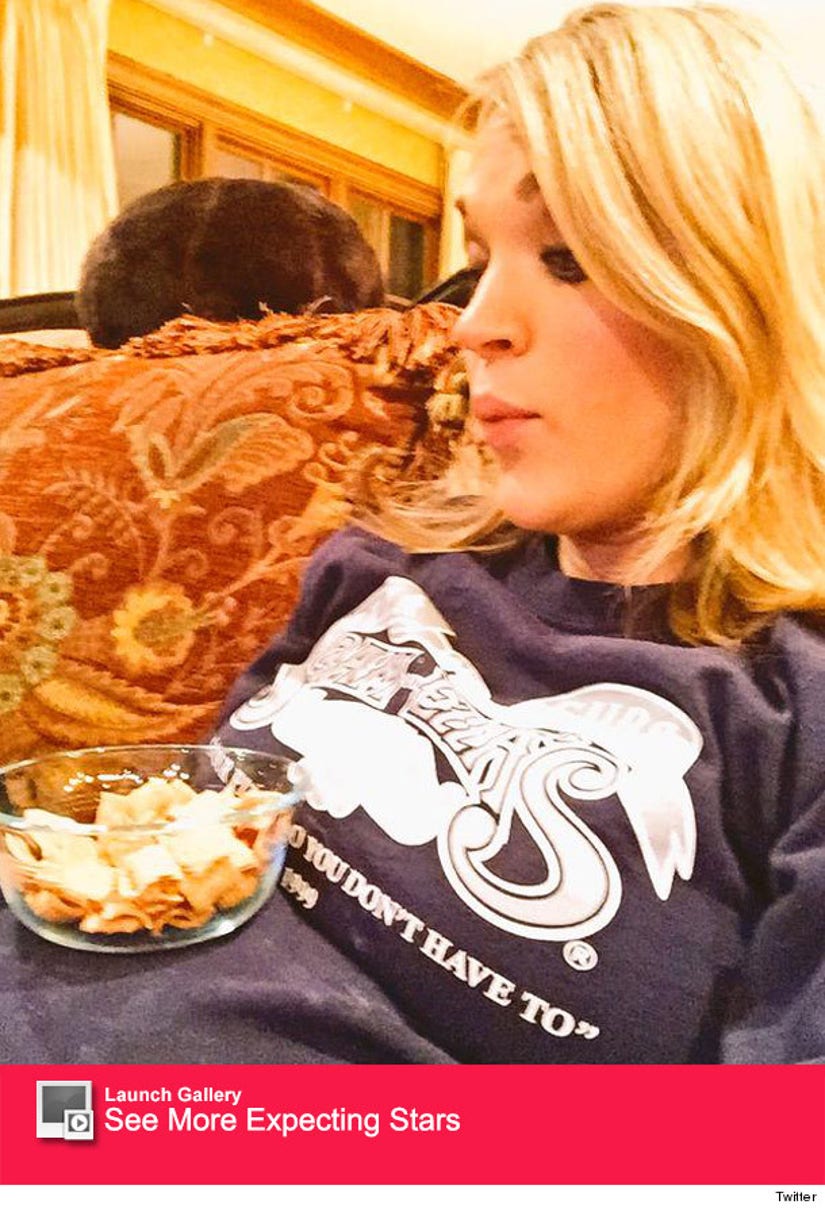 Carrie Underwood is putting her baby bump to good use.

The adorable country singer, who is expecting her first child with husband Mike Fisher, is really enjoying pregnancy -- especially when it comes with some hidden perks!

The 31-year-old took to Twitter to share a new found use she had for her growing belly.

Pregnancy perk: using my belly as a tabletop for my snacks! Nom nom nom... pic.twitter.com/e935SZv5hv

"Pregnancy perk: using my belly as a tabletop for my snacks! Nom nom nom..." she captioned the silly photo.

In the pic, the "American Idol" alum is seen relaxing on her couch in a blue sweatshirt while she enjoys a few chips.

The star recently opened up to to ABC News about the moment she and her hockey player hubby found out their baby's gender. The couple had their doctor write the answer on a piece of paper and put it in an envelope, but they both already had a feeling on what it could be.

"It was just the two of us in a nicer setting, but we both knew," she said. "So, that was just confirming our suspicions. We didn't really speak of it before, 'cause we were both just like, 'Whatever. It's all good.' But we knew it was a boy."

What do you think of Carrie's new use for her bump? Tell toofab in the comments section below then click "Launch Gallery" to see more expecting stars!