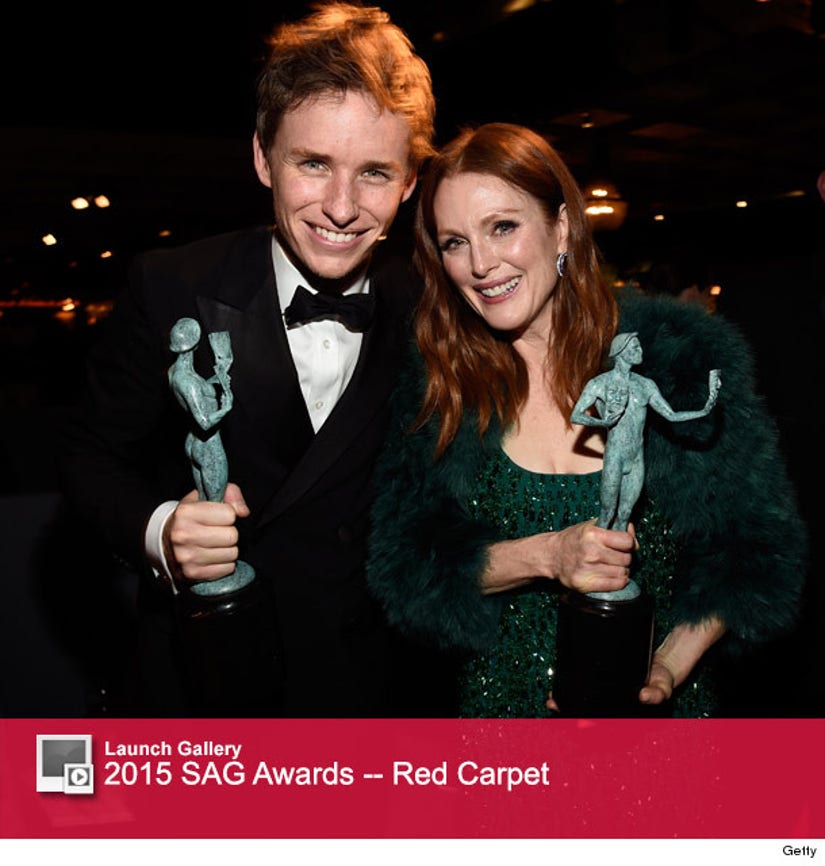 All of Hollywood was on hand for The 2015 Screen Actors Guild Awards on Sunday in Los Angeles.

Stars who took home a blue statue got pretty emotional at the awards show, where actors are nominated by their peers.

Eddie Redmayne and Julianne Moore took home their much-deserved awards, but there were still some other shockers and snubs. Check below to see who else won big at the SAGs!

Outstanding Male Actor in a Leading Role
Eddie Redmayne, The Theory of Everything

Performance by a Male Actor in a Television Movie or Miniseries
Mark Ruffalo, The Normal Heart

Outstanding Performance by a Female Actor in a Drama Series
Viola Davis, How to Get Away With Murder

What do you think of the winners? Were any of your favorites snubbed? Sound off below then click "Launch Gallery" to see more from the SAG's red carpet!