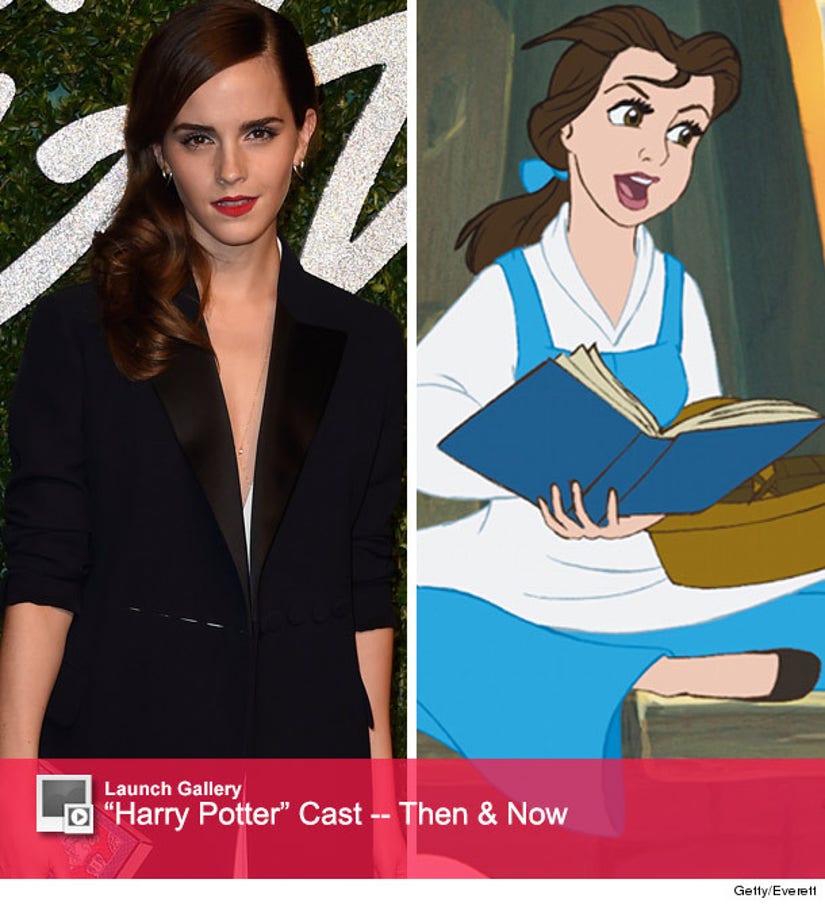 The "Harry Potter" alum has been cast as Belle in Disney's upcoming live-action interpretation of "Beauty and the Beast" from director Bill Condon.

"I'm finally able to tell you ... that I will be playing Belle in Disney's new live-action 'Beauty and the Beast'!" the actress wrote on Facebook soon after the news broke. "It was such a big part of my growing up, it almost feels surreal that I'll get to dance to 'Be Our Guest' and sing 'Something There.'"

"My 6-year-old self is on the ceiling -- heart bursting. Time to start some singing lessons," she added. "I can't wait for you to see it."

The script was written by Stephen Chbosky, who directed the 24-year-old beauty in "The Perks of Being a Wallflower."

Watson had previously been attached to star in Guillermo del Toro's "Beauty," which the director was developing for Warner Bros. before leaving the project in June, when Disney hired Condon. Production is expected to begin later this year.

This follows live-action adaptations of other Disney properties like "Maleficent," "Alice In Wonderland," "Cinderella" and "The Jungle Book."

Are you excited to see Emma as Belle? Sound off below!