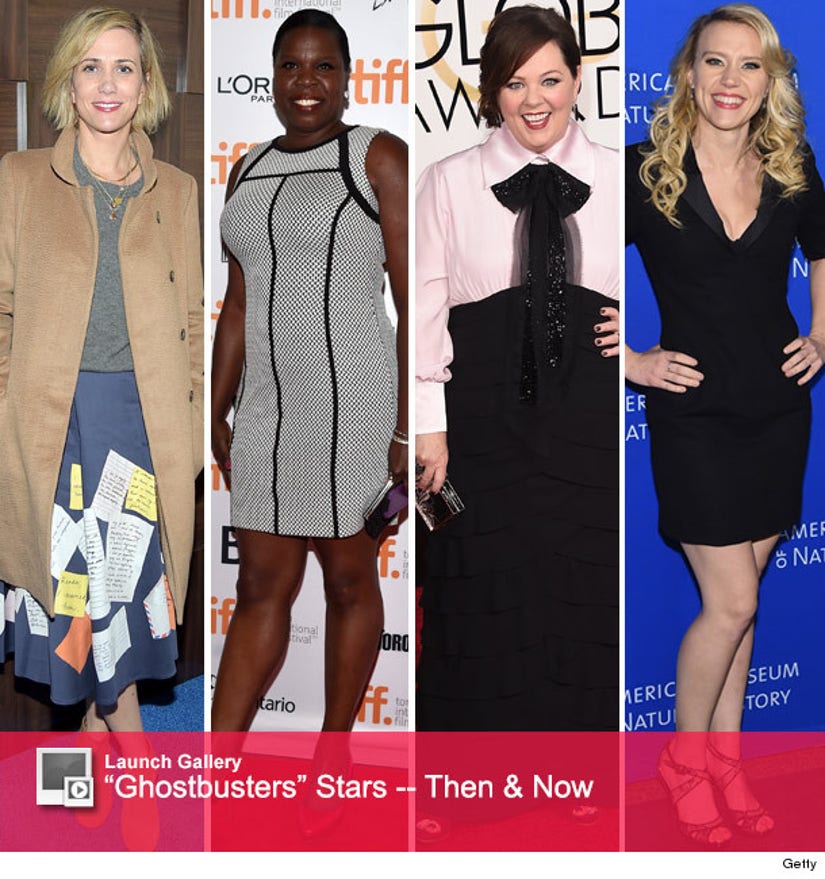 Who you gonna call? These four!

While the official deals haven't been finalized yet, Kristen Wiig, Leslie Jones, Melissa McCarthy and Kate McKinnon are reportedly in negotiations to star in the new "Ghostbusters" film.

According to The Hollywood Reporter, all four women "are expected to sign" on to strap on some proton packs and take out a few ghoulish phantoms in the Paul Feig-director reboot. Feig himself seemed to confirm the news by tweeting out a photo of the four women.

Wiig and McCarthy's names have been in the running to star in the flick for a while now and both worked with the director on "Bridesmaids." Feig also directed Melissa in "The Heat."

Both Jones and McKinnon currently appear on "Saturday Night Live" and are welcome surprises for the final four.

In past interviews, Jennifer Lawrence and Rebel Wilson both revealed they met with the director about the film, but apparently didn't make the cut.

Original film star Bill Murray signed off on the all-female film back in 2014, telling the Toronto Star "I'm fine with it. I would go to that movie, and they'd probably have better outfits, too."

He even chose Wiig and McCarthy as stars, along with Emma Stone and Linda Cardellini.

What do you think of this casting news? Sound off below!

And be sure to check in with the stars of the 1984 flick in the gallery above.