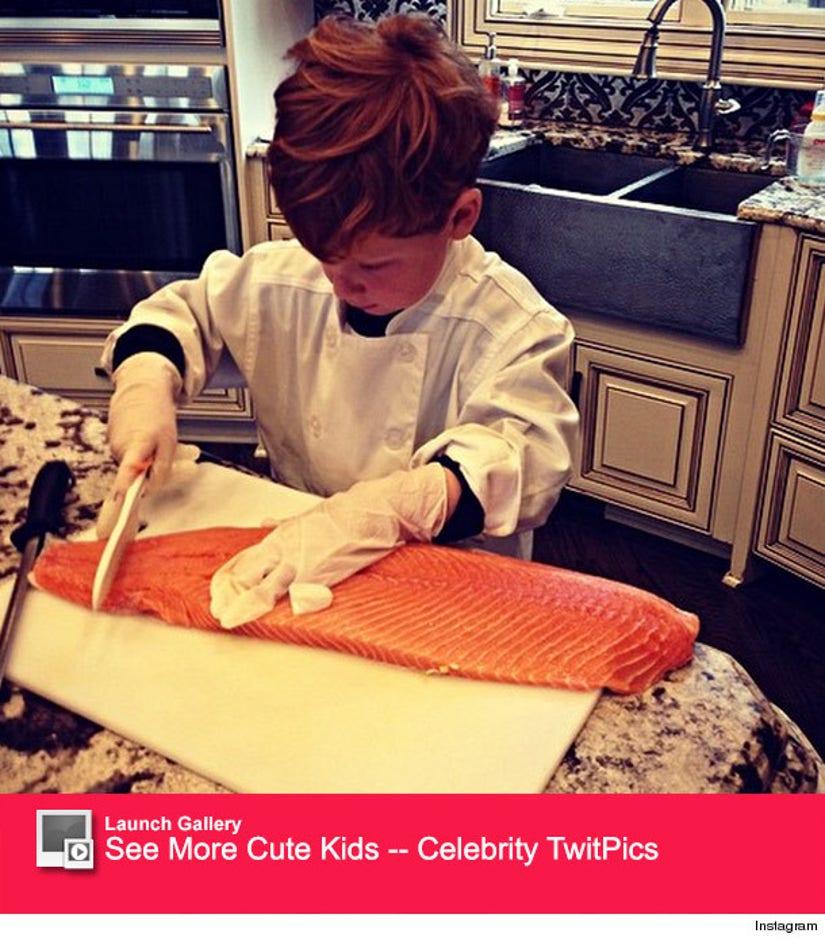 Kim Zolciak's son is turning into quite the little chef!

We can't believe how grown up the former "Real Housewives of Atlanta" star's son, Kroy Jr. is now ... and how well he knows his way around the kitchen.

The mom-of-six took to Instagram on Monday to share a photo of her 3-year-old "master chef" looking all-business while cooking in their kitchen.

"My little Chef Kj!!! He is obsessed with cooking! @cheftraceybloom has taught him soooo much Kj LOVES the show Master Chef Junior (he said he will be on that show someday) BELIEVE #KjIsPerfection," she captioned the adorable pic.

In the photo, KJ wears a professional chef's jacket and gloves as he expertly fillets a piece of salmon.

How adorable is Kim's son?! Sound of in the comments section below then click "Launch Gallery" to see more cute celebrity kids.