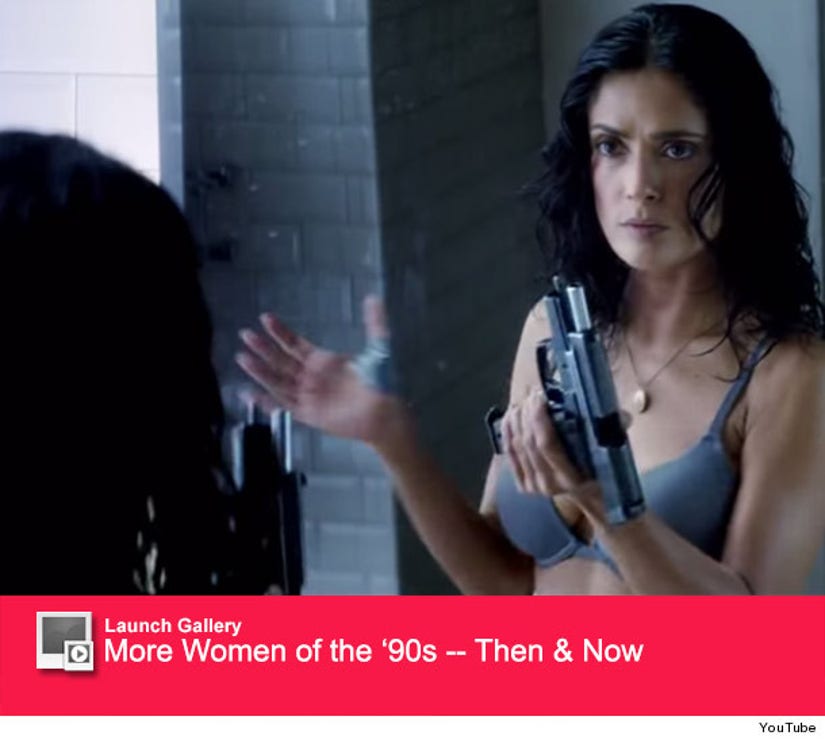 That's what you call "packing heat"!

Salma Hayek kicks some serious ass in the new trailer for "Everly," where she strips down to a bra and underwear to ward off intruders.

Check out the killer bod on the 48-year-old star!

In the upcoming thriller, the actress plays a former prostitute who battles an army of assassins sent by her ex, a mob boss, as she's holed up in her apartment.

The villain seems to be no match for Salma, though!

Because of the role's physical demands, the brunette bombshell had to partake in some intense training.

"It might not seem like shooting those guns is physical, but it was," Hayek told the Daily Mail. "They were heavy!"

The stunning star also teased that she'd be showing a lot of skin in the film. "I barely wear anything throughout the whole film," she said.

"Everly" will hit theaters on Feb. 27 -- are you excited to see it? Sound off below!