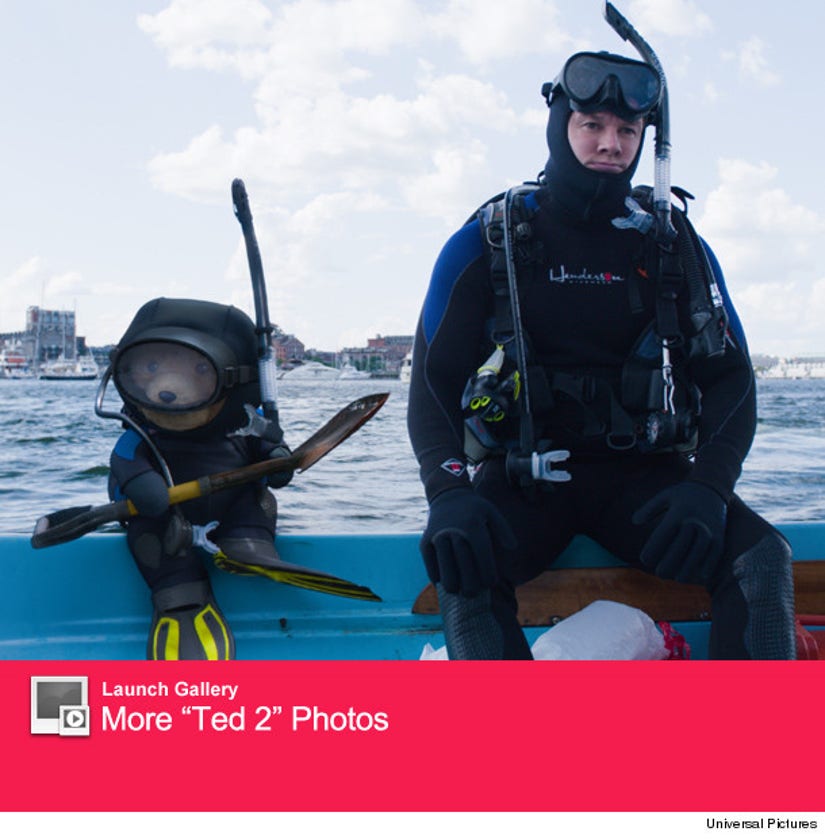 The first trailer for "Ted 2"is finally here -- and it's just as dirty as you would expect!

The highly-anticipated sequel is co-written and directed by Seth MacFarlane and again features Mark Wahlberg as John Bennett, whose best friend is his foul-mouthed teddy bear Ted (MacFarlane), brought magically to life by John's childhood wish.

In the sequel, Ted and Tami-Lynn (Jessica Barth) want to have a baby, but in order to qualify to be a parent, Ted will have to prove he's a person in a court of law. But first, they need to find a sperm donor (because Ted is… you know… a bear).

Morgan Freeman plays a civil rights lawyer who represents Ted in court, and Liam Neeson also has a role in the story.

Sorry, Mila Kunis fans -- she won't be playing the female lead this time around -- Amanda Seyfried is taking her place.

"Ted 2" will hit theaters on June 26. Check out the hilarious sneak peek above!

Are you excited to see it? Sound off below.