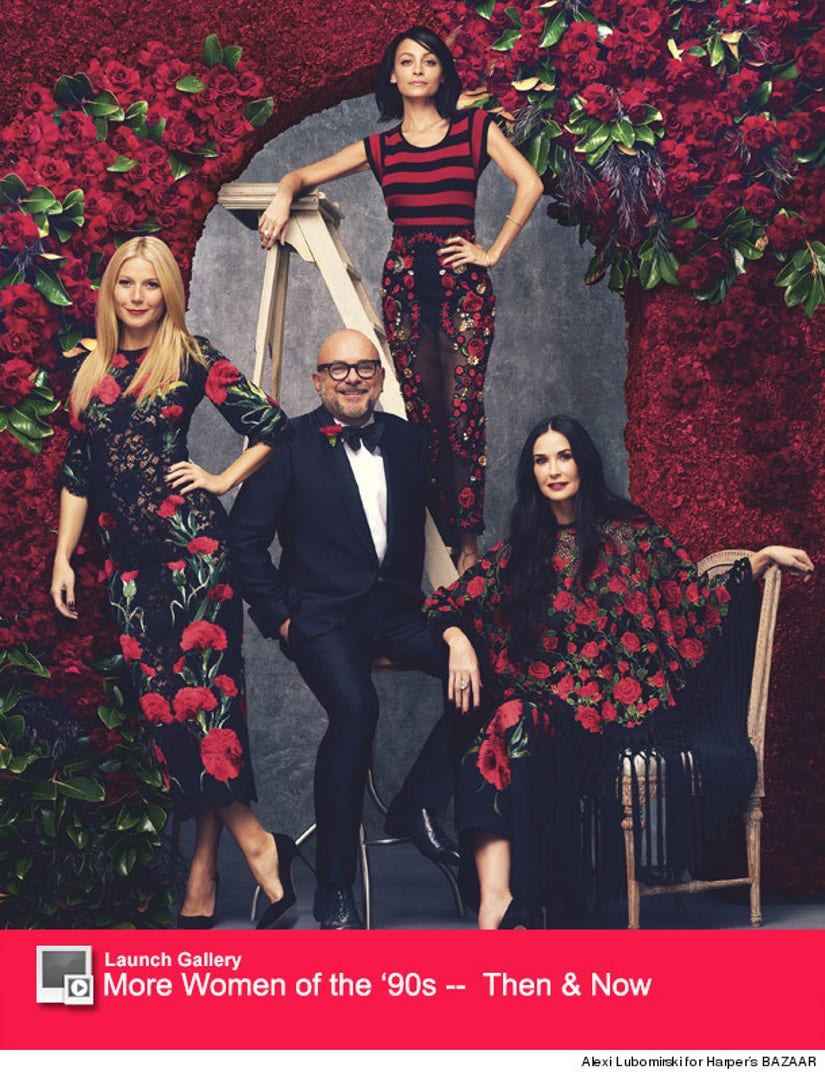 Demi Moore's back in front of the camera!

The actress makes a rare appearance in the new issue of Harper's Bazaar, where she poses alongside Gwyneth Paltrow, Nicole Richie and their longtime friend, floral designer Eric Buterbaugh.

Aside from a couple red carpet appearances with her daughters, the "Ghost" star has stayed out of the spotlight since splitting with ex-husband Ashton Kutcher in 2013. But it looks like the brunette beauty decided to get back in font of the camera to show some support for Buterbaugh.

In the photo, Moore has her long locks styled in tousled waves as she rocks a rose patterned poncho and matching slacks. The 52-year-old completes her stunning look with a bold red lip and smokey eye. 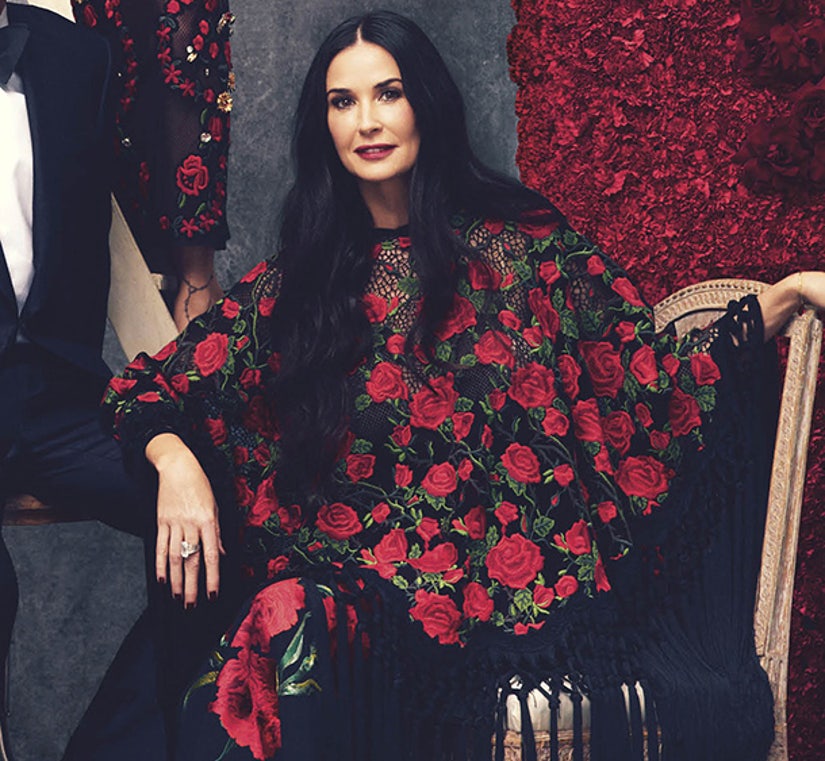 Gwyn looks gorgeous in the mag, too. We love the GOOP creator's red rose cocktail dress ... and Richie stays true to her rocker style with a red and black striped shirt and sheer pants.

In the mag, the ladies gush about Eric, who's turning his love of flowers into a new fragrance.

Buterbaugh is one of Hollywood's most sought out floral designers and has worked with every major fashion label and styled the biggest celeb weddings.

Moore recalls the first time she met Eric in the mag. "In those days [back in 2002] I used to carry around with me a small, hard cooler full of Red Bull and I smoked Marlboro Reds," she remembers. "So as I was waiting by myself for my car to come, sitting on my little cooler, Eric looked over at me and said, 'I like you, because you're just not right,'" Moore laughs. "And we've been best friends ever since."

"We've shared a lot, but I don't think there's ever been a time when I haven't wanted to have Eric with me," she adds. "Whether we're in palaces in Asia or pajamas in Idaho watching Downton Abbey, he's the same guy."

How do you think Demi looks? Tell toofab in the comment section below and click "Launch Gallery" above to see more women of the '90s!