Chris Hemsworth is earning every inch of his Sexiest Man Alive title!

The hunky actor showed off his washboard abs as he headed out for a surf in Byron Bay New South Wales, putting his buff bod on display in a low-slung pair of black boardshorts.

Yes, this is what he looks like on a day off with his adorable family.

His stunning wife, Elsa Pataky, took to Instagram to share a sweet snapshot with her brood, flaunting her own ultra-fit bikini bod. 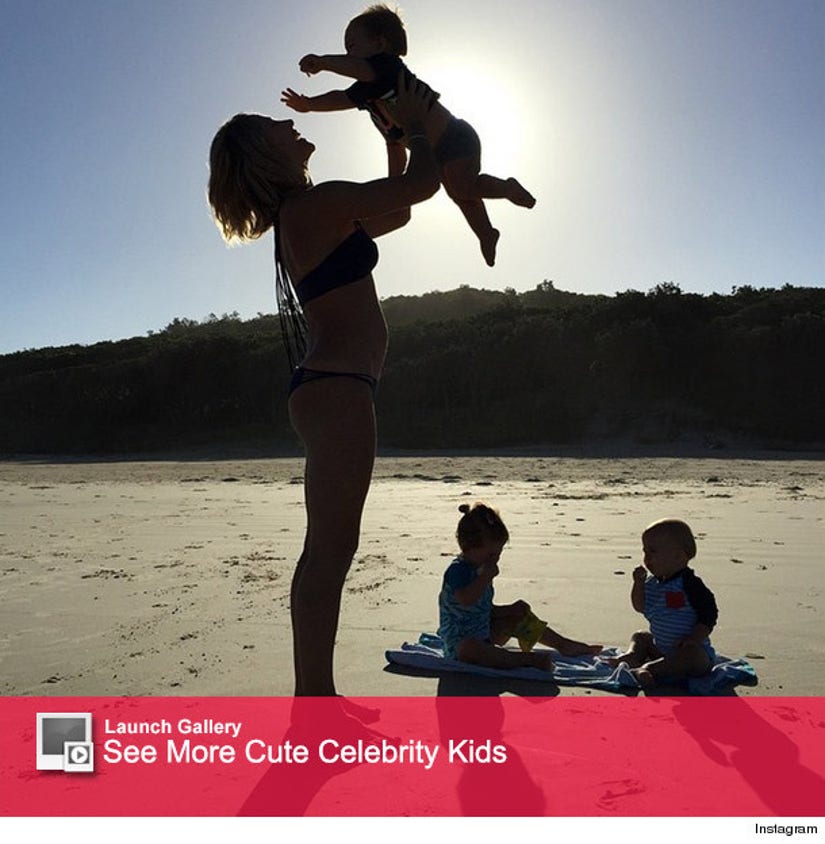 The actress recently told Women's Health U.K. that being married to People's Sexist Man Alive has its perks, but she doesn't let the title get to his head.

"It's funny when it's your husband. For me, sexy is the inside of someone. Of course I think he's beautiful and fit, but I will never tell him that because he will get too, how do you say, 'cocky'?" she tells the mag. "He'll be like, 'What do you think of that?' And I'll say, 'Well, I've been the sexiest woman in Spain for a lot of years.' It's all just a joke, though."

She has a point, right?!