Life is good for the Montags!

Heidi Montag was photographed spending some quality time with her pregnant sister, Holly, on the beaches of Santa Barbara.

The 28-year-old "Hills" alum put her bikini bod on display in a peach-colored two-piece and wet suit as she got ready to go for a surf. Holly, 31, who's expecting her first child with husband Richie Wilson, bared her growing baby bump in a striped strapless top and black sarong.

We have to say -- these sisters both look amazing in their swimwear!

Heidi's figure definitely looks a lot more natural these days after she famously got 10 plastic surgery procedures in one sitting back in 2009. Not only did she get a boob job, nose job, brow lift, chin reduction and neck lipo, she also had her ears pinned back. 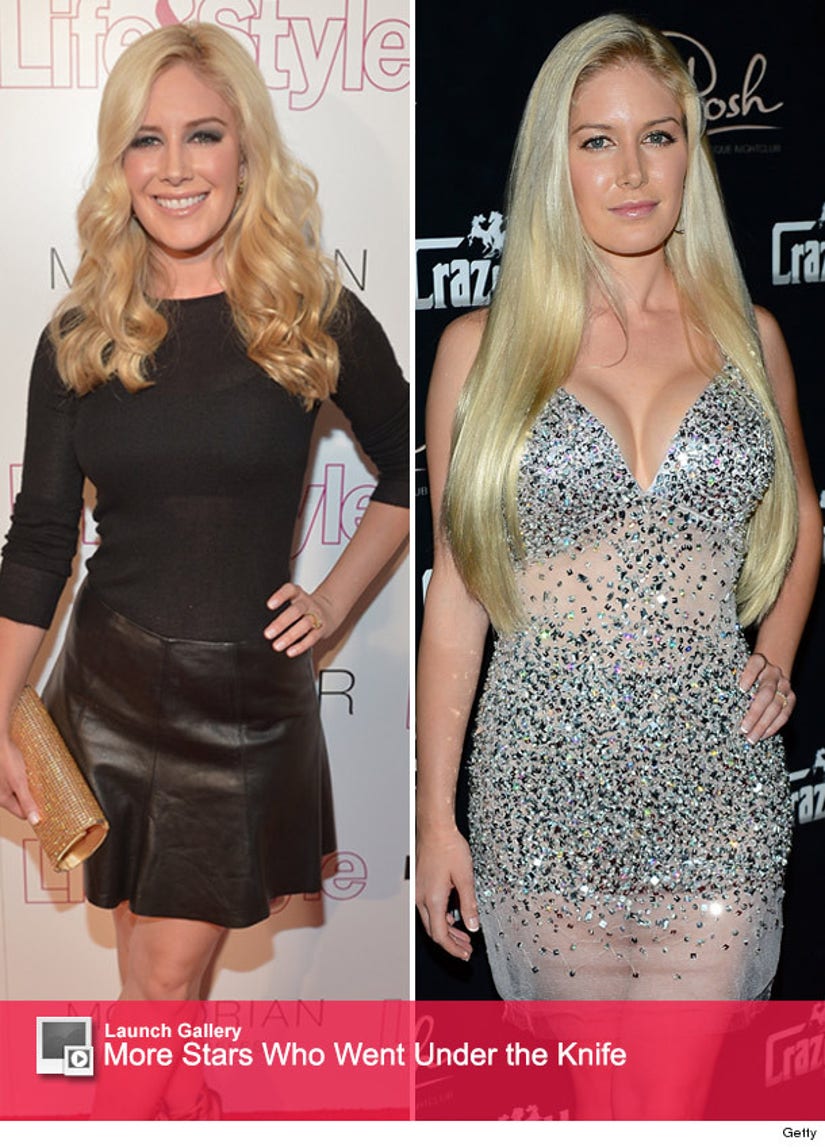 After suffering from major back pain, the reality star got a breast reduction in 2013, going from an F to a D.

While Holly has stayed out of the spotlight after guest-starring on the MTV series, Heidi is currently starring on "Marriage Boot Camp: Reality Stars" with hubby Spencer Pratt.

The two have definitely had their ups and downs this season, while they've been dealing with their differences of opinion when it comes to having children.

Check out the tear-filled clip below to see both of them start to cry as Spencer explains what he's learned since joining the reality show.