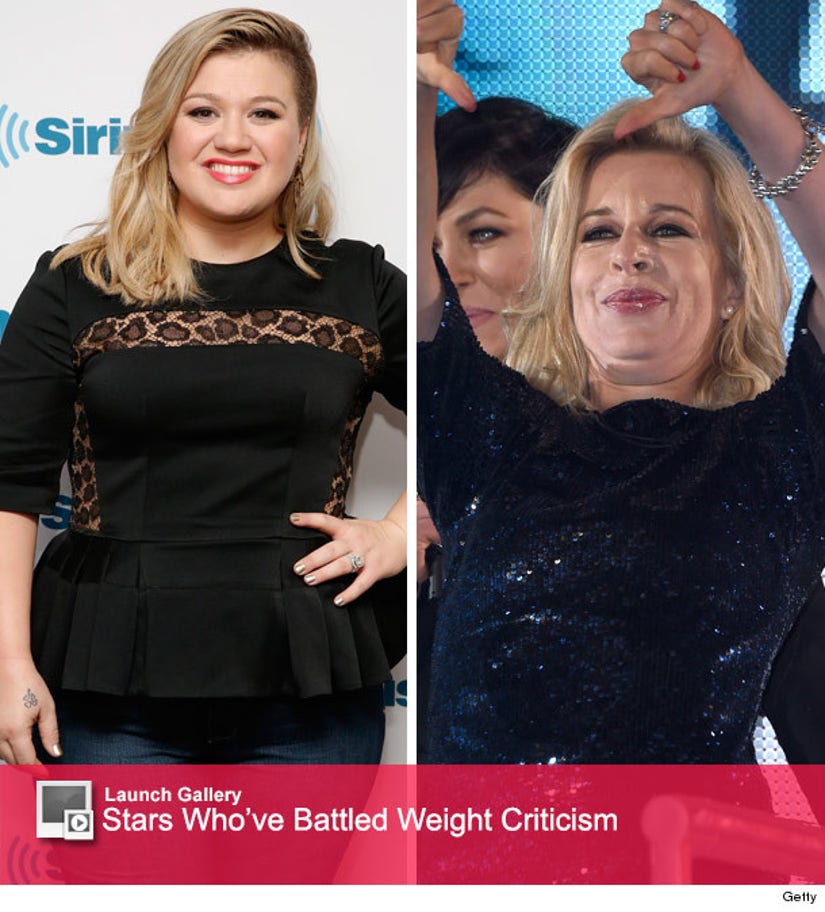 Kelly Clarkson is fighting back against fat shaming!

British journalist Katie Hopkins has been targeting the "Heartbreak Song" singer for her weight on Twitter, commenting on her recent appearance on "The Graham Norton Show."

"Jesus, what happened to Kelly Clarkson? Did she eat all of her backing singers? Happily I have wide-screen. #grahamnorton," Hopkins tweeted.

The "American Idol" alum's fans quickly came to her defense, and on Tuesday, Hopkins addressed her comments once again with even more nasty commentary.

"Look chubsters, Kelly Clarkson had a baby a year ago," the 40-year-old TV personality tweeted. "That is no longer baby weight. That is carrot cake weight. Get over yourselves."

Clarkson was unaware of the online bullying until Heat magazine asked her for a response.

"She's tweeted something nasty about me?" the singer asked. "That's because she doesn't know me. I'm awesome! It doesn't bother me. It's a free world. Say what you will."

"I've just never cared what people think," she added. "It's more if I'm happy and I'm confident and feeling good, that's always been my thing. And more so now, since having a family—I don't seek out any other acceptance."

Clarkson for the win!