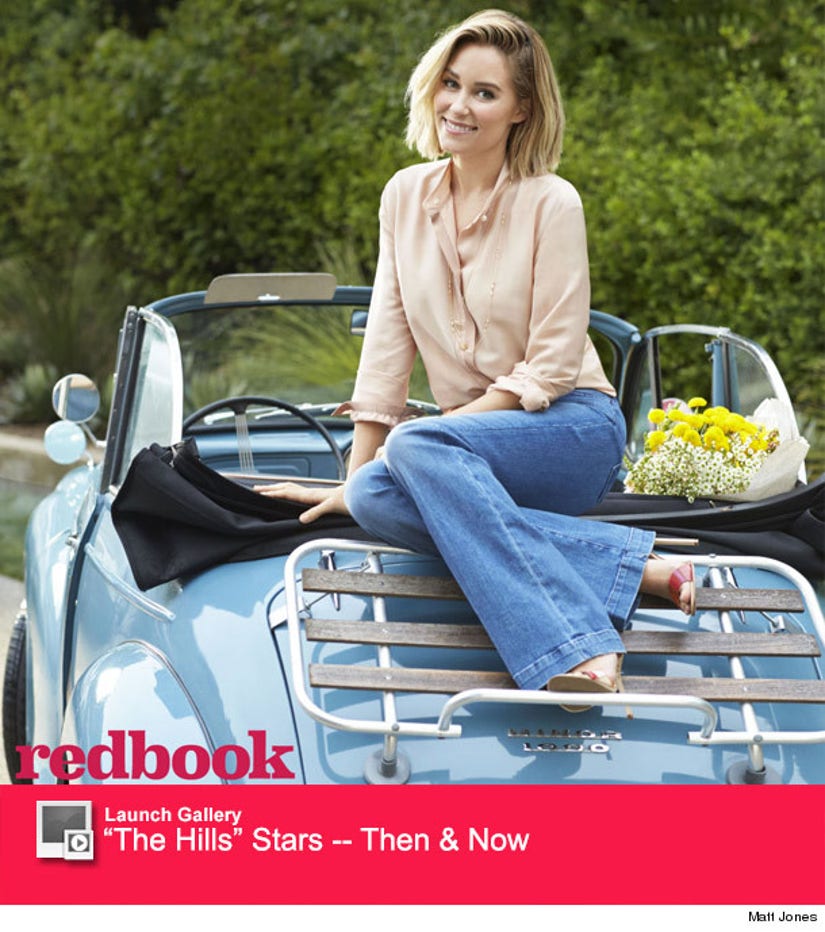 Lauren Conrad might love weddings, but she never saw herself getting married until meeting her hubby!

"The Hills" star appears in the April issue of Redbook magazine, where she opens up about her relationship with husband William Tell and reveals if she'd ever want her children to do reality TV.

While Lauren seems like your typical girly-girl -- and has her own fashion and bridesmaids dresses lines with Khols and Paper Crown -- Conrad admits that she never saw herself getting married until she met her Lawyer beau.

"[I was] never a person who was obsessed with the idea of marriage," the 29-year-old reveals. "[William was] the first person I ever thought I could marry."

The blonde beauty also says that she and Tell do have some arguments, especially when it comes to watching their favorite show, "The Good Wife."

"I watch 'The Good Wife' with him, and he's like 'That's incorrect. You would actually do this…' It's a nightmare!," she confesses.

While Lauren's made the move from reality TV star to fashion designer, the former MTV regular says she's been able to do it all without being a total bitch.

"Over the last few years I've been able to work with several women who I really respected because they didn't take on that role of being a bitch. They were strong, but they were kind and they didn't need to shout to be heard. A lot of women feel like they need to be tough in order to be taken seriously. We have this idea that kindness is weakness, which I don't think is true," she tells the mag.

For now, Conrad's busy managing her clothing lines and enjoying newlywed bliss ... but when she does have children, don't expect to see them on the small screen!

"I definitely wouldn't encourage my child to do reality television," she says.

Sounds like Lauren is a woman who knows exactly what she wants -- what do you think about Conrad's candid comments? Sound off below and click "Launch Gallery" above to see the rest of "The Hills" stars then and now!