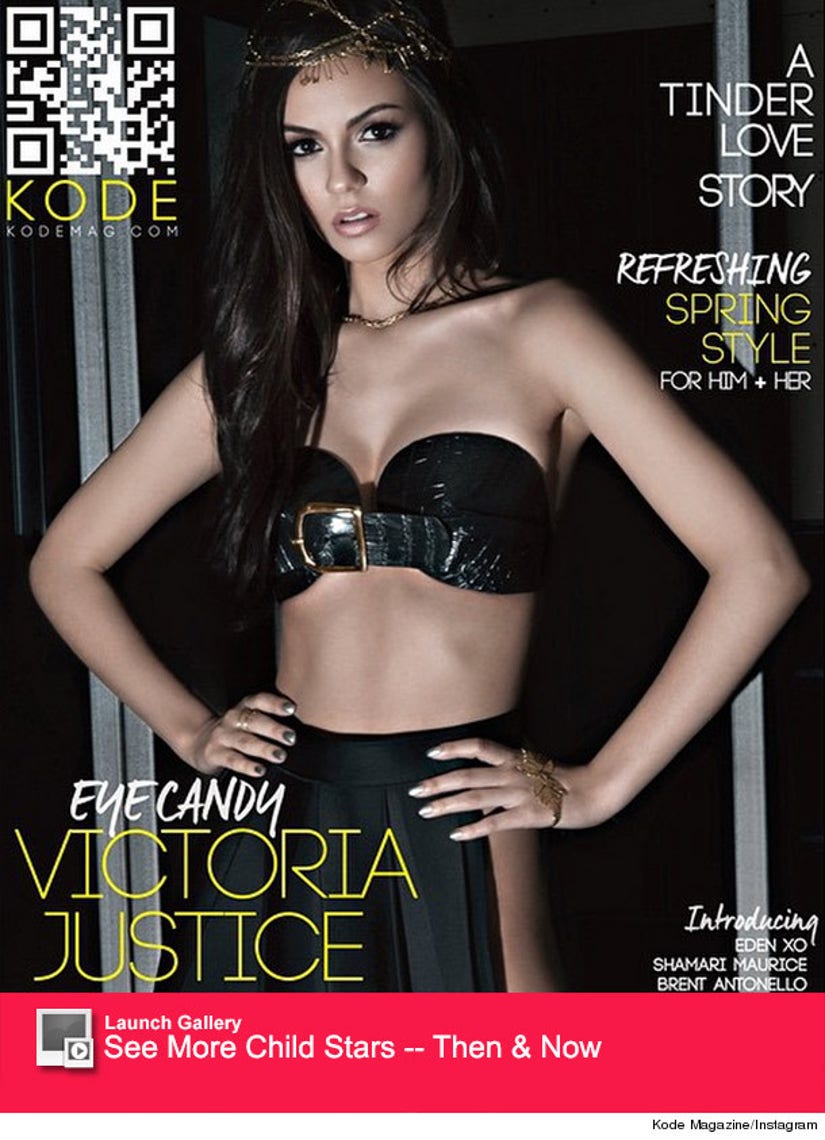 Victoria Justice has come a long way from her days as a child star!

The "Eye Candy" vixen is showing off her sexy side in a cover spread for Kode Magazine, where she poses in a series of sultry snapshots.

For the cover, the former Nickelodeon darling strips down to a black strapless bra top and a pleated skirt with a dangerously high slit up the side. She also looks nearly unrecognizable with blonde hair as she models two other belly-baring looks!

In the accompanying article, the 22-year-old beauty talks about growing up in the public eye.

"I don't portray myself as one way for the media or the pubic and then I'm totally different in real life," she tells the mag. "I do try to keep my personal life private for the most part, and I'm not the girl who's always out and about on the club circuit, drinking and doing drugs. The way I represent myself through my interviews and on my social media accounts is pretty much who I am."

"I've been in the industry since I was eight years old," she continues. "I think if you were going to try and sell people a certain image that wasn't true to yourself, you could only fool them for so long, things would eventually come out, about who you really are. In today's world with the internet, cellphone cameras and videos, you can't get away with a fake persona for long." 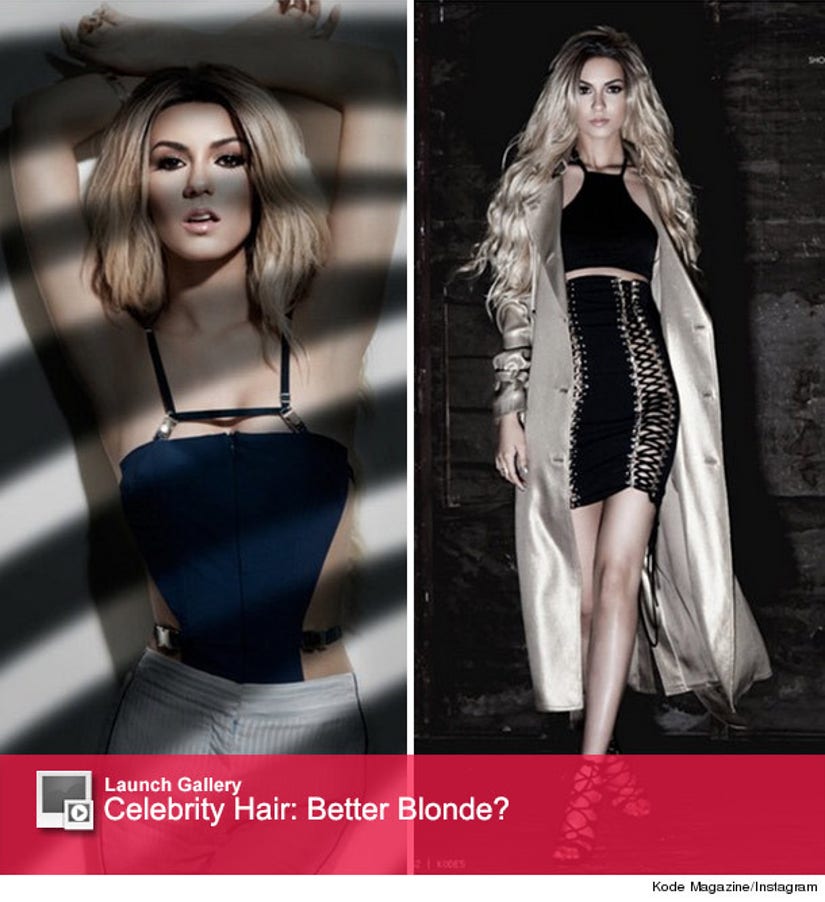 The actress also explains why she chose "Eye Candy" as her next project, saying, "It is much darker and that is one of the main reasons I was drawn to it…I took my time reading different scripts. I didn't want to take just anything, for the sake of just working on something. I would've waited even longer if 'Eye Candy' hadn't made its way to me."

While the MTV show is the right move for her, she admits that the subject matter might be too dark for her younger fans.

"I think my very young fans shouldn't be watching the show," she says. "It definitely has mature themes and it's dark, which would be really scary for young children. On the flip side of that is a large segment of my fan base that has grown up with me and was absolutely ready for me to make the jump."

What do you think of Victoria's magazine makeover? Sound off below!