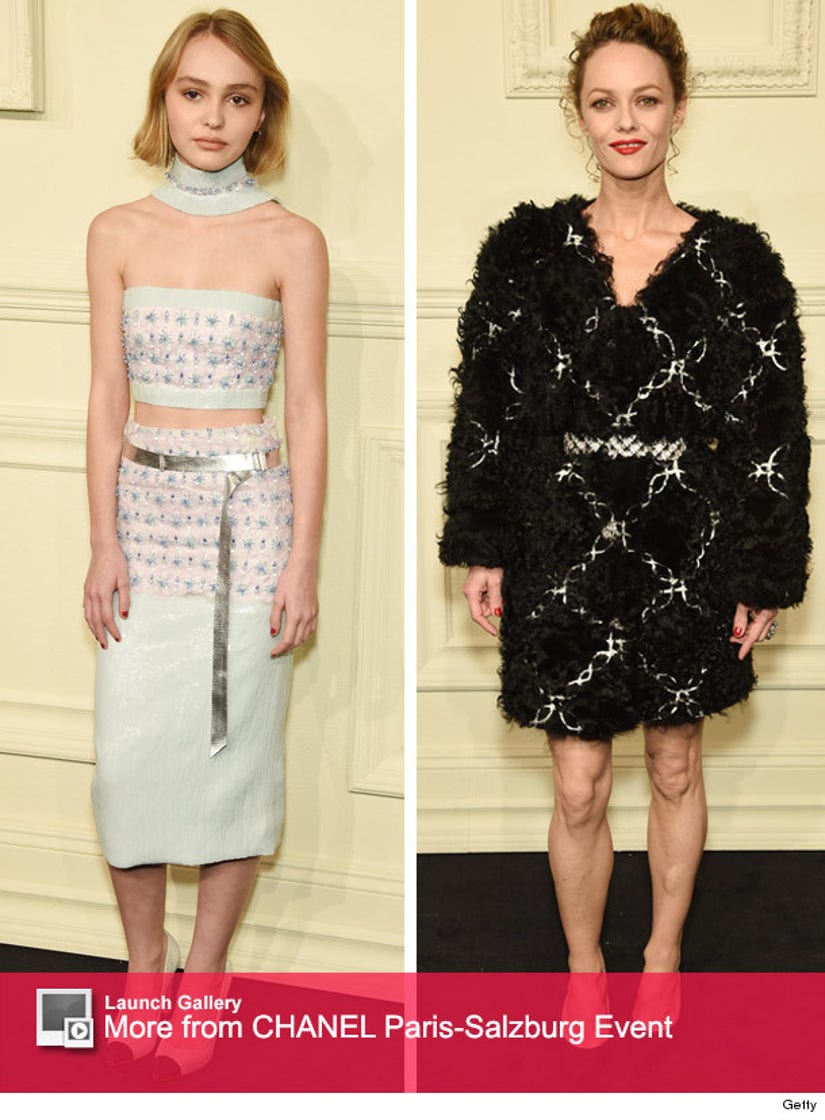 The Chanel Metiers d'Art show in NYC on Tuesday night was a who's who of celebrity children.

Johnny Depp and Vanessa Paradis' 15-year-old daughter Lily-Rose Depp made her red carpet debut at the event, accompanying her mother to the show.

Clad in a three-piece ensemble with a bold neckpiece and metallic belt, the short-haired beauty looked gorgeous and very fashion-forward. After briefly appearing in the 2014 film "Tusk," Lily-Rose is set to star alongside her famous father in the upcoming Kevin Smith flick "Yoga Hosers."

But Depp wasn't the only celeb kid at the event! 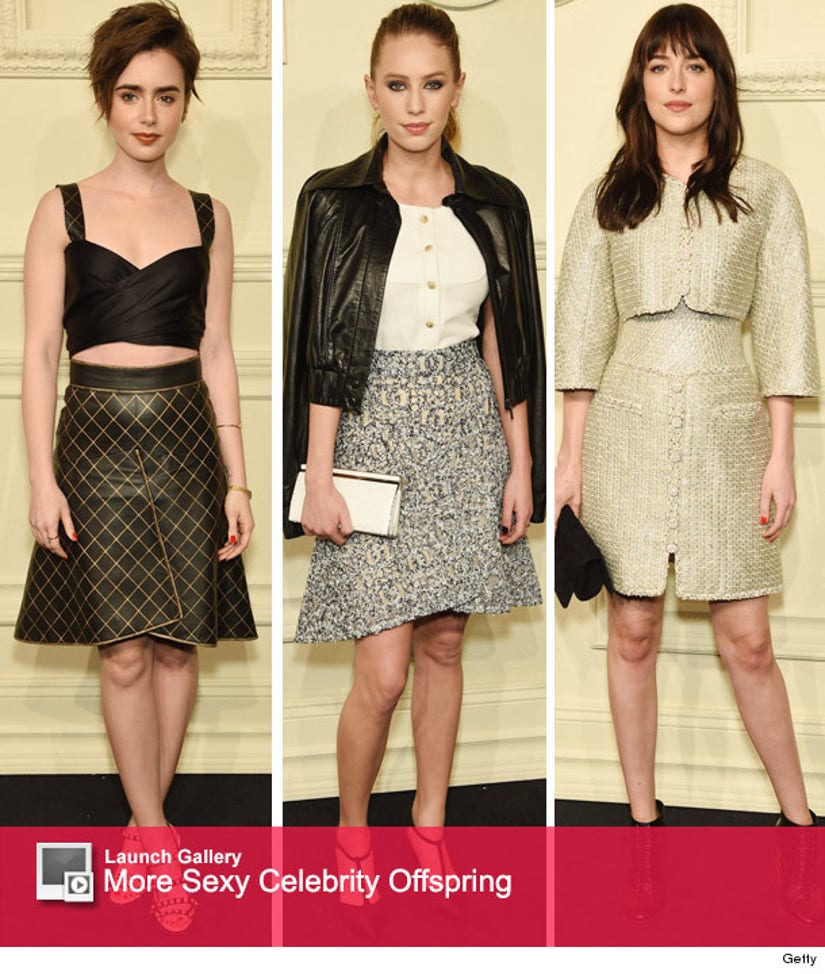 Phil Collins' actress daughter Lily Collins showed off her tight tummy in a two-piece dress that bared her midriff. While she's reportedly dating "Captain America" himself, Chris Evans, right now, she showed up to the event solo.

Sean Penn and Robin Wright's 23-year-old daughter Dylan Penn stunned at the show as well, keeping some rocker edge by pairing her skirt and blouse with a leather biker jacket. Penn has really made a name for herself in the modeling world these days and recently accompanied her mom to Paris Fashion Week.

And "Fifty Shades of Grey" star Dakota Johnson, daughter of Don Johnson and Melanie Griffith, also hit the arrivals line, where she showed off her darker 'do and slim waist.

And yes, there were still MORE celeb offspring in attendance! 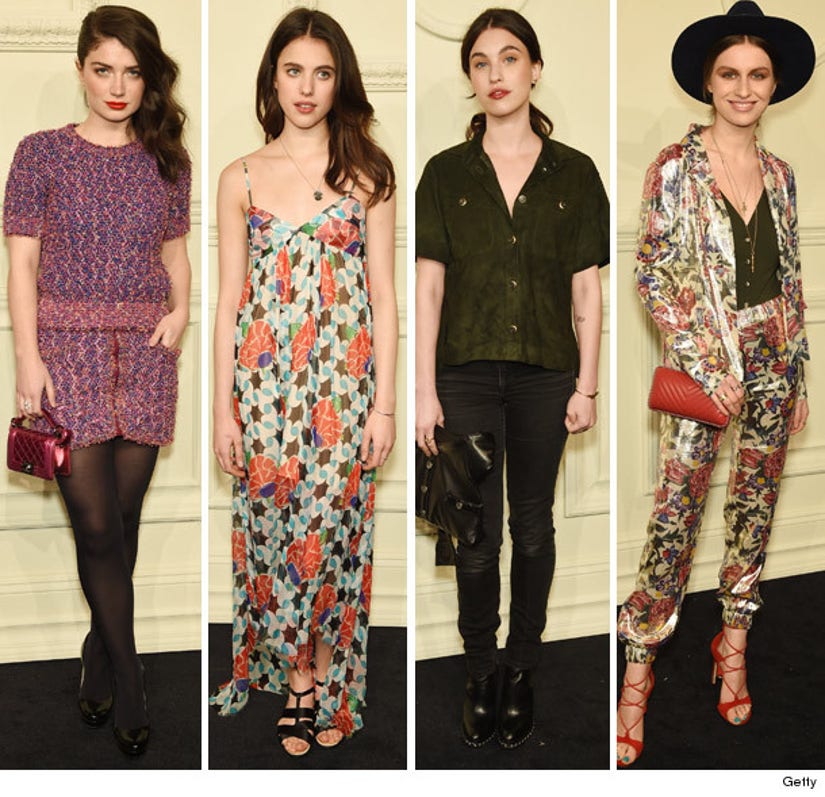 Check out the gallery above to see all the red carpet shots -- plus see even more star children!