UPDATE: E! just released another sneak peek from the one of the conversations also teased below.

In the new clip, Kris Jenner starts to cry when explaining Rob Kardashian's struggle with his weight and possible depression to a specialist. The momager reveals he's put on about 100 pounds in a year and opted out of celebrating both Kim Kardashian's wedding and Christmas with the family.

It's clear she's having a really rough time with this one and fears that if they don't do something drastic soon, he could die. Watch more video from this emotional episode below -- including Kim getting fed up with her brother's behavior.

In a sneak peek clip from Sunday's "Keeping Up with the Kardashians," Kim Kardashian can't contain her frustrations with her brother -- who she says the entire family has all gone out of their way to please.

While nobody gets really specific about what issues Rob has been dealing with, it sounds like he's still very self conscious about his appearance. While Kris Jenner wants to use all the family's resources to help him, Kim is clearly over it. 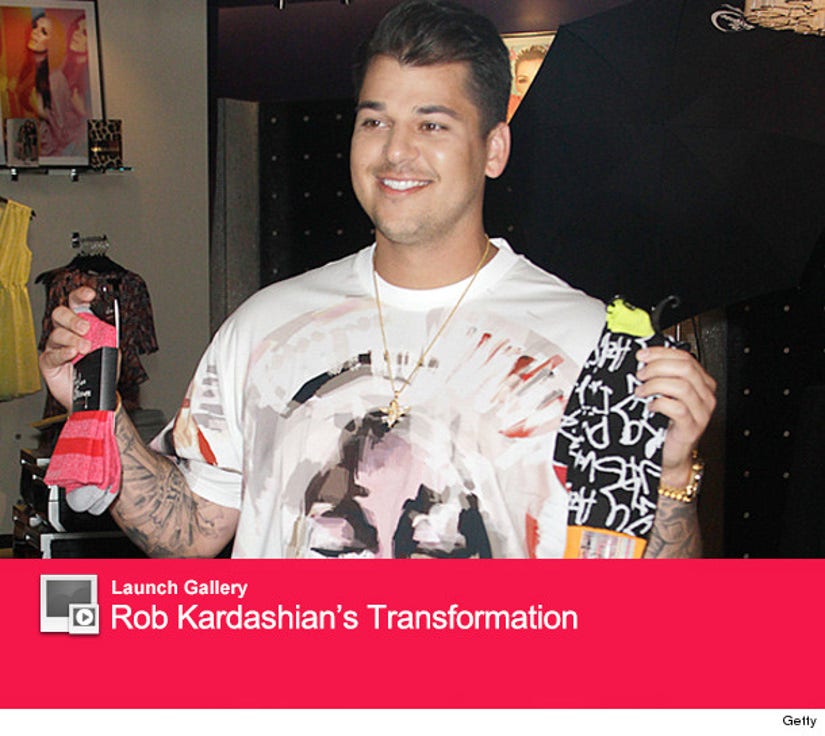 "Everyone licks Rob's ass and does whatever he says and at some point you have to give it up," she says. "We all make his life so easy, 'OK, we'll drive you around with the chauffeur so no one has to look at you!', we had a chef on standby, a trainer. We'll send people to buy you socks and underwear, this is pathetic!"

Rob's issues first started around Kim's wedding, when he left Italy before the ceremony after a fight about his weight. Things haven't gotten any better -- with Rob recently posting a photo of Rosamund Pike's murderous "Gone Girl" character on Instagram with the caption "My sister kim, the bitch from Gone Girl."

Though Kim is ready to throw in the towel, Kris wants to set up some sort of intervention with him ... at Khloe's house. This doesn't sit well with Khloe though.

"You want to have an outsider come in and ambush Rob? Neither you nor Kourtney or Kim have attempted to see him for days in a row," she throws back at her mom. "Do you know his daily routines? Do you know anything? No, because you're not there. I think you guys are going from A-Z and I think he might get pretty agitated."

We'll see what they end up doing, if anything, when "Keeping Up with the Kardashians" airs Sunday night on E!