The Church of Scientology got shredded on "Saturday Night Live" this weekend.

While one of the sketches was a music video for "Neurotology," it's pretty clear who it was really about -- as the clip mentioned billion year contracts, E-Meters and alien spirits. It was even crafted to look like the real life "We Stand Tall" video Scientology released in 1990.

Other references to the controversial belief system included Taran Killam dressed in David Miscavige's Navy-style uniform, Bobby Moynihan as an L. Ron Hubbard type and a shot of a "Diametrics" book ... an obvious reference to "Dianetics."

And then there's all the people from the video who went "missing" after speaking out against the church. Yeah, we don't think Scientology is going to like this parody too much.

Celebrity host Michael Keaton sat this sketch out -- maybe he was afraid he'd end up working with a church member on a future project?

Check out the video above -- and then see some shocking real life Scientologists in the gallery below! 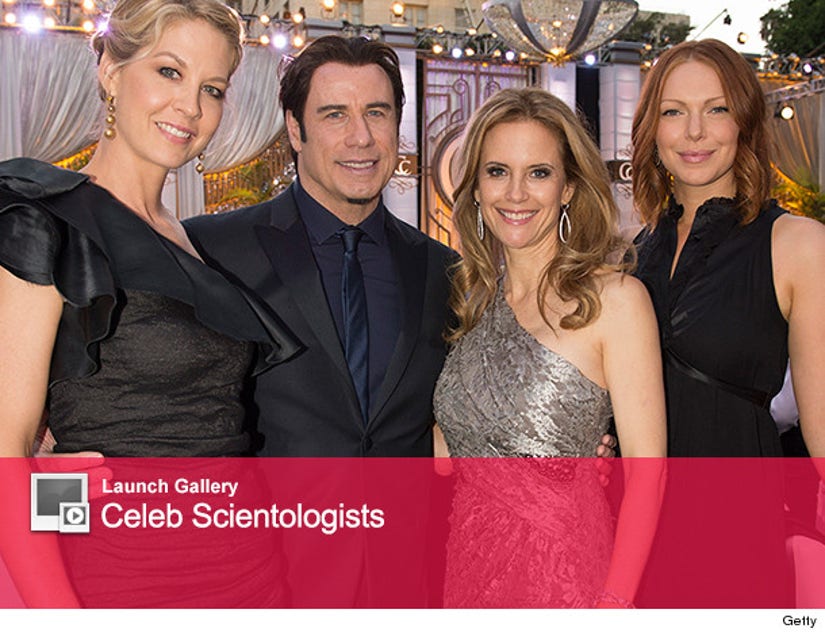