Bethenny Frankel is setting the record straight about her super-skinny frame!

The "Real Housewives of New York" star, who continued to flaunt her bikini bod in Miami over the weekend, admitted that she isn't fazed by comments that she's too thin.

"People do comment a lot. Yeah, I am thin," she said in a new interview on "Today" Monday. "I mean, I have a brand called Skinnygirl, so it's not a big giant mystery. You can't please everybody. You try to please everybody, you end up pleasing nobody."

"I'll be happy to get on the 'Today' show scale," she told Savannah Guthrie with a laugh. "If you have one! Do you have a scale?"

Guthrie joked, "The day we get a 'Today' show scale is my last day at the office!" 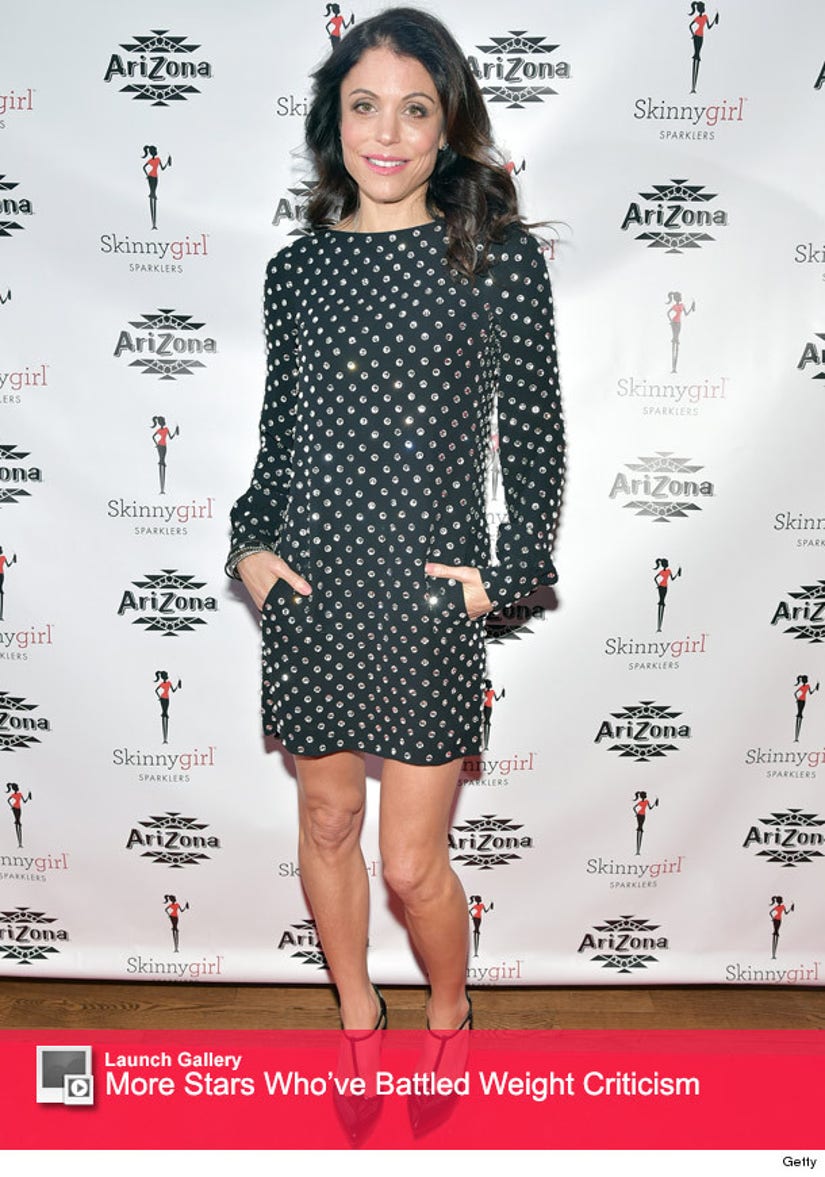 Despite her lighthearted comments, the 44-year-old reality star says there's a double standard when it comes to people's bodies.

"People don't talk about people who are overweight," she declared. "Imagine being like, 'Wow, that person looks really overweight,' and keep talking about it. That wouldn't be nice. But that's not something I'm going to complain about."

Bethenny has a point, right?

What do you think about her candid comments about her weight? Tell toofab in the comment section below!