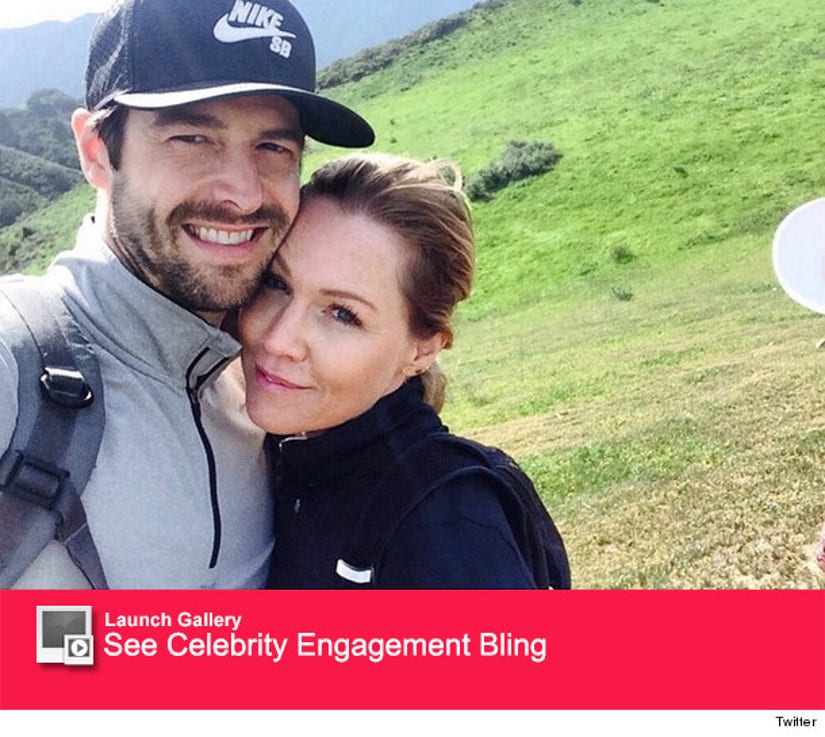 Jennie Garth is getting hitched ... again!

The "Beverly Hills, 90210" actress just got engaged to actor Dave Abrams, after less than a year of dating. Her now-fiance reportedly popped the question right around her 43rd birthday -- not a bad way to celebrate, right?

Jennie and Dave started dating last fall, but didn't go public until January of this year.

This will be Garth's third marriage, following a two-year run with musician Daniel Clark back in the '90s and a 12-year marriage to "Twilight" star Peter Facinelli, which ended in 2013. She has three daughters with Peter; Luca Facinelli, Lola Facinelli and Fiona Facinelli.

"It's fun and awful all at the same time," Jennie said about getting back into the dating game following her divorce. "It's like a weird type of torture. But it can be fun."

"For me, I look for somebody who shares an energy," she told Bethenny Frankel about her ideal man. "There's just that connection, that energy that I need to have. It doesn't matter what the person looks like or what they really do. There's got to be that, first and foremost, you know? That zing."

Garth isn't the only one getting hitched though -- her ex-husband recently proposed to Jaimie Alexander at the top of the Empire State Building in New York City. Curious timing, indeed.

Congrats to both of the happy couples!

What do you think of Jennie's engagement news?! Tell toofab in the comments section below then click “Launch Gallery” for more celeb engagement bling!