The sexy star was making his promotional rounds for his directorial debut, "The Lost River," where he was interrupted mid-interview during a chat with The Telegraph by a text on his phone.

Check out the video above to see the "Crazy, Stupid, Love" actor's adorable reaction!

After his phone rang, Gosling threw it across the room ... seemingly ashamed that he didn't remember to silence it.

The reporter asked an embarrassed Ryan if he has a phone policy on his sets, to which he said he would "just go nuts" and take his "shirt off and start swinging."

Gosling's baby momma, Eva Mendes, made headlines in March when she said that the number one cause of divorce is wearing sweatpants, during an interview with Extra. But the actor took to Twitter to defend his lady love and clarify that the brunette beauty was only joking.

Well, if you ever find yourself on one of Ryan's next movie sets ... maybe keep your ringer on to see "The Notebook" star in all his shirtless glory! 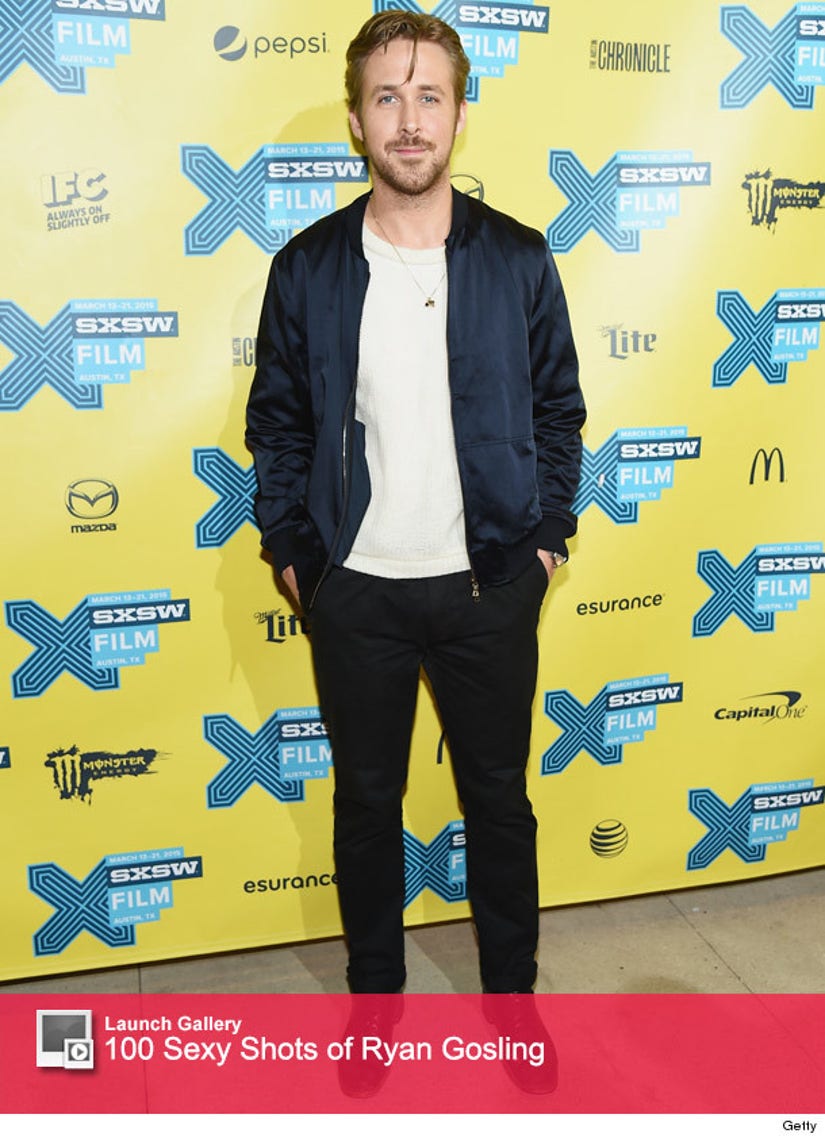 What do you think about the 34-year-old's latest interview? Tell toofab in the comment section below and check out the gallery to see more of the actor's sexiest shots!