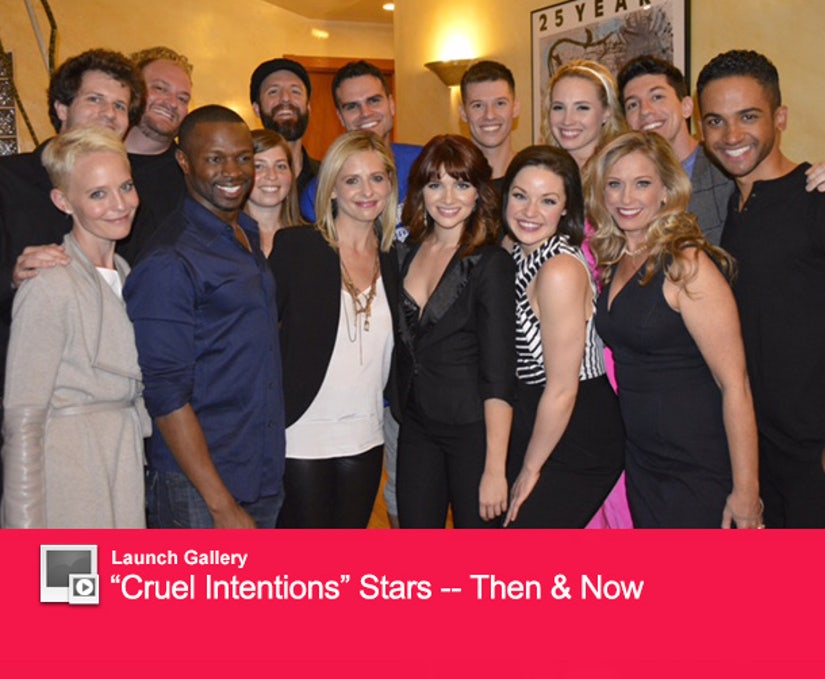 This photo is bringing us back!

Sarah Michelle Gellar reunited with "Cruel Intentions" costar Sean Patrick Thomas over the weekend, as they both attended the opening night performance of "Cruel Intentions: The Completely Unauthorized Musical" parody in Los Angeles.

Gellar, who played the wicked Kathryn Merteuil in the '90s flick, and Thomas (AKA Kathryn's sometimes play-thing Ronald) joined the film's writer/director Roger Kumble at the Rockwell: Table & Stage for the big debut.

Running through April, the show hits all the memorable moments from the film -- including that kiss -- against a soundtrack of '90s songs performed live.

And Sarah definitely enjoyed herself!

"#cruelintentionsthemusical was insanely good," she posted on Instagram after the premiere. "#KilledIt I absolutely ❤️ it #Rockwell #KatieStevens was amazing as #Kathryn and #constantinerousouli nailed #Sebastian. Seriously the entire cast was genius."

The actress took time to mingle with the show's stars after and posed for the photo above.

"We were babies when we made the film. I was 20! I celebrated my 21st birthday during filming," Gellar told PEOPLE after the show. "It had to be some form of child abuse doing the things I did in that movie."

"Sometimes I'll be flipping channels, and it'll be on," she adds. "If it's a scene with someone else, I'll watch it," Gellar said. "But if it's me, I have to turn it off."

Click here for more info on the show -- and see what the rest of the "Cruel Intentions" film cast looks like now in the gallery above!