Love her or hate her, Farrah Abraham makes her triumphant return to "Teen Mom OG" on April 20!

The reality star-turned-porn star-turned-plastic surgeon-in-training wasn't originally supposed to be back this season ... and when her costars found out MTV execs changed their minds midway through filming, they were not happy.

The current season is also giving fans of the show more access than ever before, showing a ton of behind-the-scenes footage between the stars and the entire crew.

In an interview with toofab's Brian Particelli, Abraham says the idea for the new format sprung from the success of her "Being Farrah" special ... but there's something about how they shoot the show now that she doesn't agree with.

"I think some of it's too much shown," she says. "The network should be focused on why it's edited the way it is, instead of showing us naked. I don't agree with that." 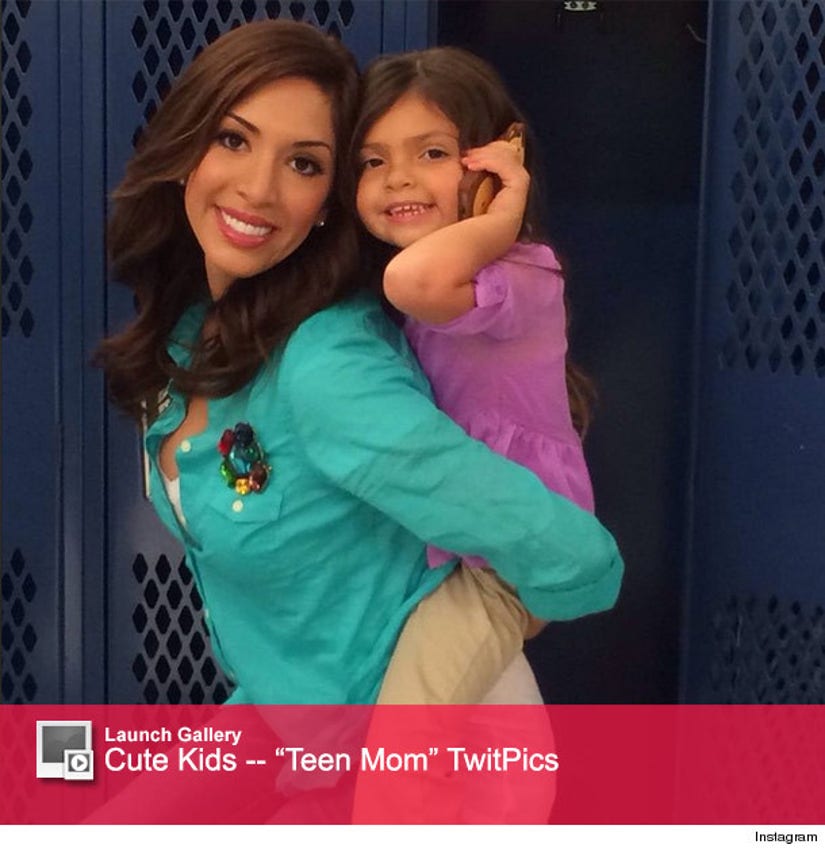 The 23-year-old says it's become a bit intrusive for her daughter Sophia as well.

"She does have her troubles with some of the male camera operators," Farrah tells toofab. "I think that's justified, because we're normally not just having an all-male crew and we're normally not having cameras as much in the way when we're getting dressed. Keep in mind, we're women. We not so open usually and usually have more privacy. This was definitely like, 'MTV, what are you doing?' And Sophia voices some of that [on the show]."

We reached out to MTV about Farrah's statements, but they had no comment.

Besides the cameras being back in their lives again, another thing Abraham had to deal with was her costars, who were all really against her coming back. While they were apparently worried about her side-gigs tarnishing the brand, Farrah didn't let it bring her down.

"Nothing hurts me. I think I've gone through worse s**t," she says. "So the reactions are their own and their perceptions of myself are their own. It's not my reality."

Check out the video above to see what else she said about her new boyfriend, her relationship with Maci, Amber and Catelynn now -- and a tease for the "biggest fight ever" during their reunion special. Can't wait!

This summer, Farrah will pursue her dream of becoming a plastic surgeon.

The reality TV star -- who has had experience with going under the knife herself -- will shadow Dr. Sergio Alvarez in Miami as part of an apprenticeship. She tells us that this isn't just a fling, saying that she plans to do all the schooling necessary to one day have her own practice.

"For the good and for the bad, I have experienced things. I think that's why I now feel even more confident at being the best plastic surgeon I can be," she says, referencing her botched lip implants. "Now that I have had a little bit of a mistake in the plastic surgery world with the injections, implants, I know how to help others if I ever recognize that or see that in my practice and stay away from it completely."

"I am very ready to start my education, pursue that as a practice and I can't wait to have my amazing mentors," she continues.

Think she's got what it takes?

Check out the second video to see what else Farrah's got on her plate ... it sounds like she's going to be very busy!