On this week's episode of "Keeping Up With the Kardashians," the pregnant star is preparing for a nude photo shoot, but she can't properly groom her, uh, nether regions.

"First of all, you're lucky enough that I can shave my legs," the mother-of-three explains to her longtime beau. "There's a huge stomach in the way, so you're asking a lot to shave down there, but I'm down. I just need some assistance."

After Scott agrees that her situation down there is "offensive," he offers to help her out!

"Her bush is hanging out like it's the 80's, and I'm not going to stand for that," he says in a confessional interview. "So, if I've got to get my hands dirty, I will."

"Honey, I'm going to part you like the Red Sea," he says, pulling out his clippers.

Check out the hilarious clip above to find out how much Scott wants to charge his girlfriend for his expert grooming skills! 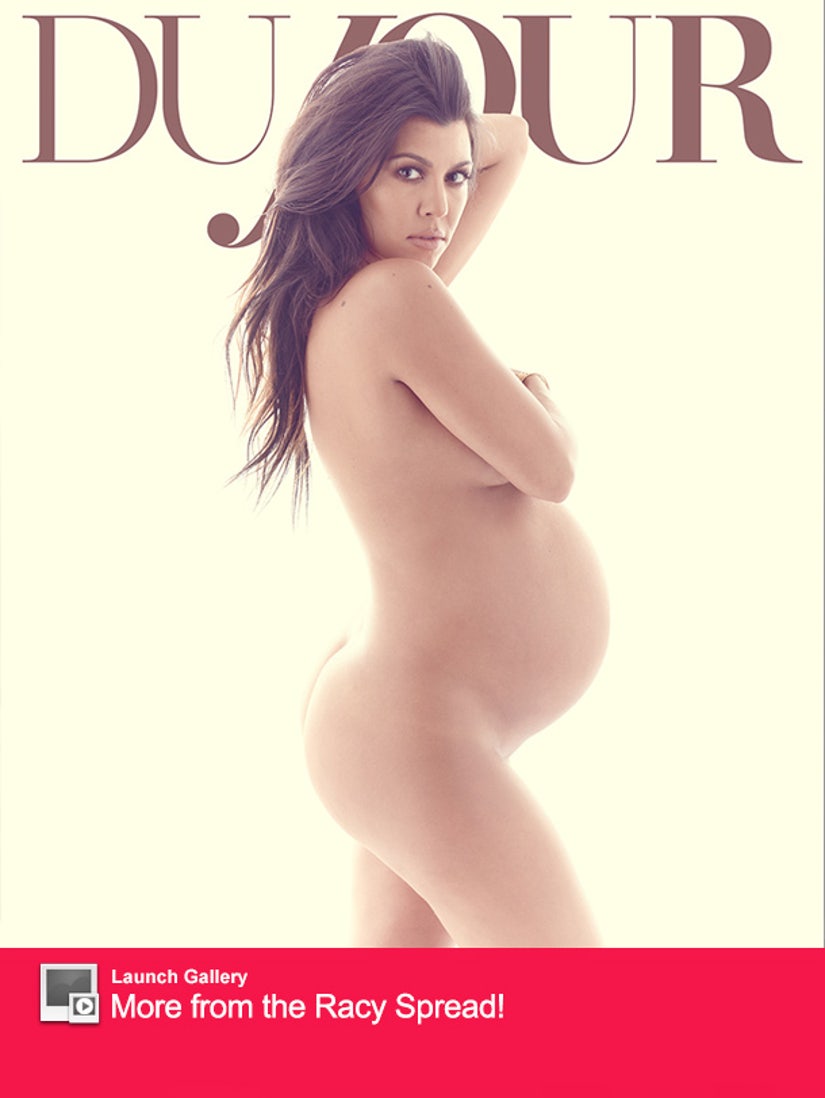 While we have to tune in on Sunday to see Kourt strip down, we have already seen the final product!

The brunette bombshell put her baby bump -- and everything else -- on display for her DuJour magazine spread.

Click "Launch Gallery" abve to see all the racy pics!