The singer just dropped her new music video for "American Oxygen" on Wednesday, which shows a ton a vintage footage.

In the clip, the pop star's spotted dancing in front of an American flag between flashback shots of various U.S. historical moments from the Civil Rights movement to 9/11.

We love that the "Diamonds" singer is shedding light on some of the most memorable events in America's history -- and the 27-year-old pop star looks pretty great in the somber video, too.

Rihanna also shared her excitement via Twitter about the worldwide release, which first dropped on Jay Z's new music sharing network, Tidal. "Get the new #AmericanOxygen worldwide right here!!!," she posted on Wednesday.

We've never seen this side of the Barbadian beauty before -- what do you think of Rihanna's "American Oxygen" music video?

Tell toofab in the comment section below and check out the gallery to see more of RiRi's sexiest TwitPics! 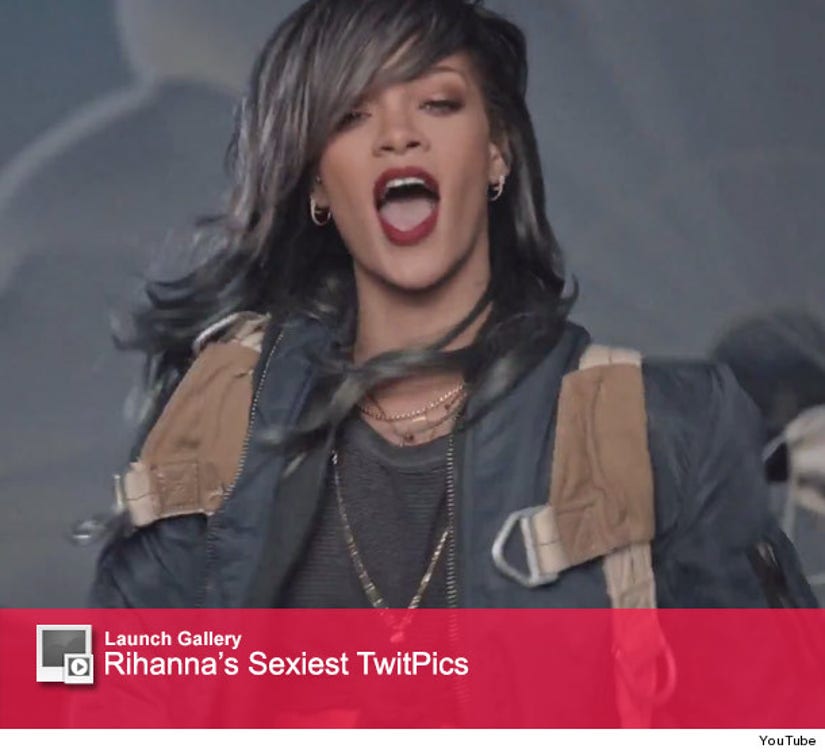