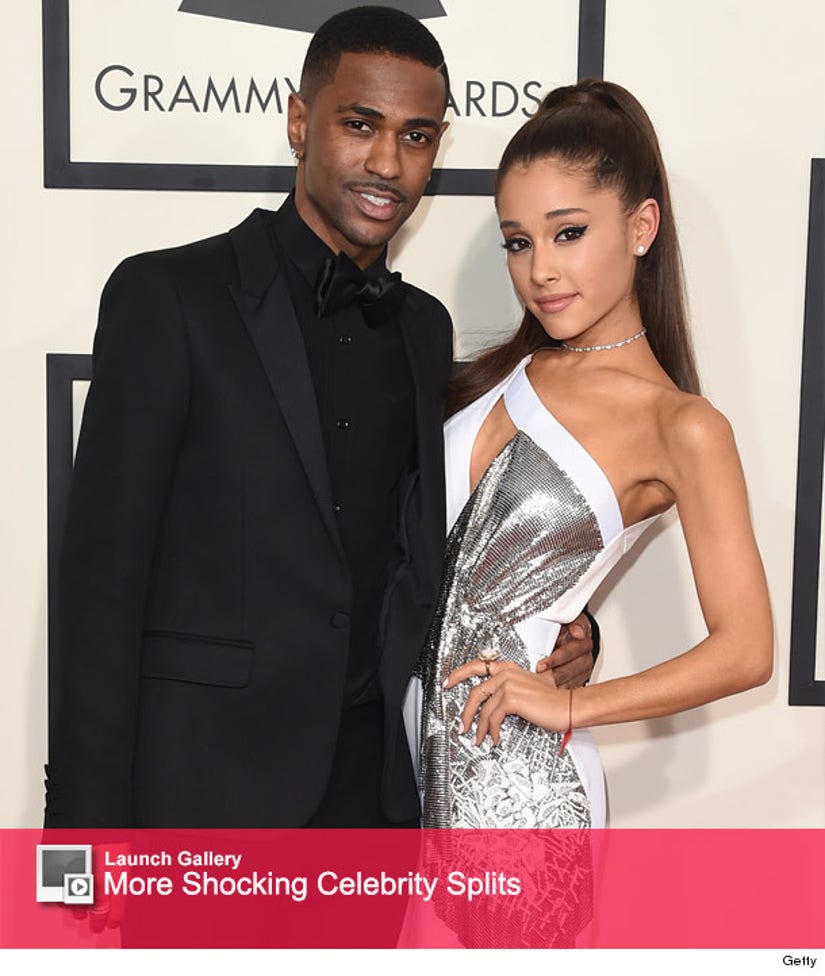 And another celebrity couple bites the dust!

Ariana Grande and Big Sean have decided to pull the plug on their relationship after eight months of dating. The pair released a joint statement through their reps confirming the news on Monday morning.

"They both deeply care for each other and remain close friends. We kindly ask that the media respect their wish for privacy regarding this personal matter at this time," they told Us Weekly.

The "Break Free" singer and the 27-year-old rapper first confirmed they were an item in October 2014 after first being linked back in August.

Big Sean was previously engaged to "Glee" star Naya Rivera, while the pop songstress had been dating Jai Brooks on and off since 2012.

The pair frequently joined each other on stage during performances, appeared together at various red carpets, and were fixtures on each other's social media accounts.

The 21-year-old and her former beau were last spotted together at the 2015 Grammy Awards in February. Ariana just finished a tour, while Big Sean is about to embark on his own.

Are you sad about Ariana and Big Sean's split? Sound off below then click "Launch Gallery" for more celeb couples who've called it quits!