Robert Downey Jr. showed off the first photo of his 5-month-old little girl during an appearance on "The Late Show" with David Letterman on Thursday night -- and boy is she a cutie.

The "Avengers: Age Of Ultron" star opened up to the veteran talk-show host about all his three children, including his latest edition.

"I have three a 21-year-old, Indio, a 3-year-old, Exton and now Avri, who's a little over five months. I thought I'd show the first picture on planet earth here with you, kind sir," he said, before debuting an adorable pic.

In the photo, the tiny tot dons a yellow bonnet while starring into the camera with big blue eyes. 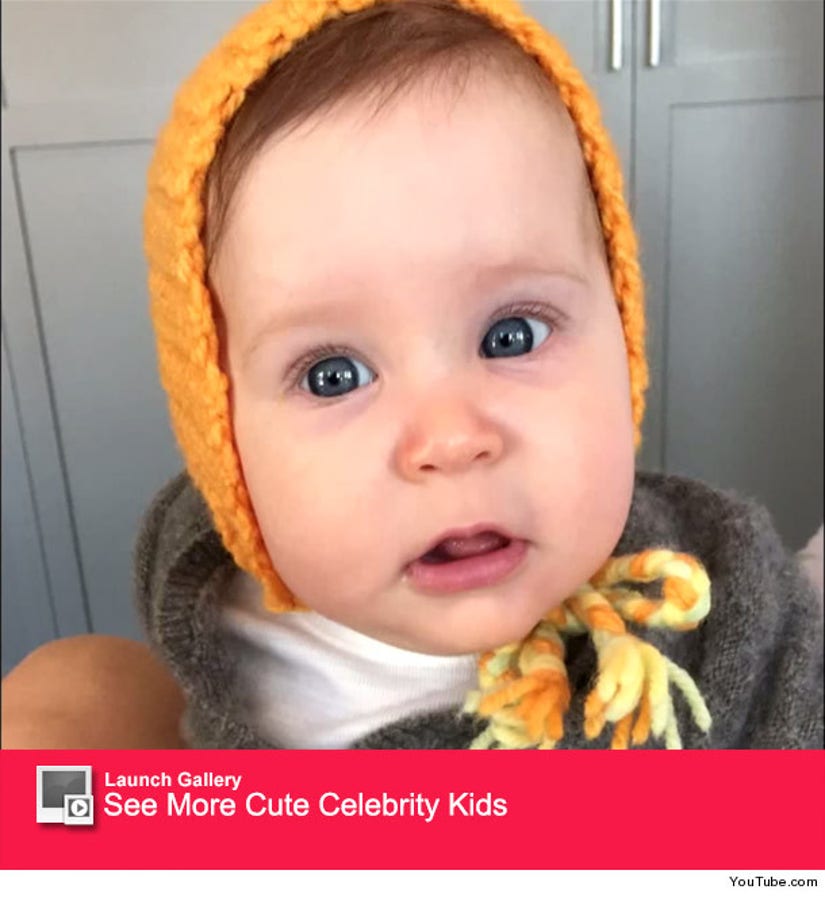 The star and his Susan welcomed their daughter last November, after announcing they were expecting in July 2014.

So, how is toddler Exton handling life with a new baby sister -- has the sibling rivalry already started?

"Not yet. I mean, it's natural for Exton to want to bite her once in a while," he joked. "And it can start off as a little pet and then it turns into a little nibble. I think it's just establishing dominance. She'll be running stuff at some point."

What do you think of RDJ's adorable little girl? Tell toofab in the comments section below then click "Launch Gallery" for more cute celeb kids!