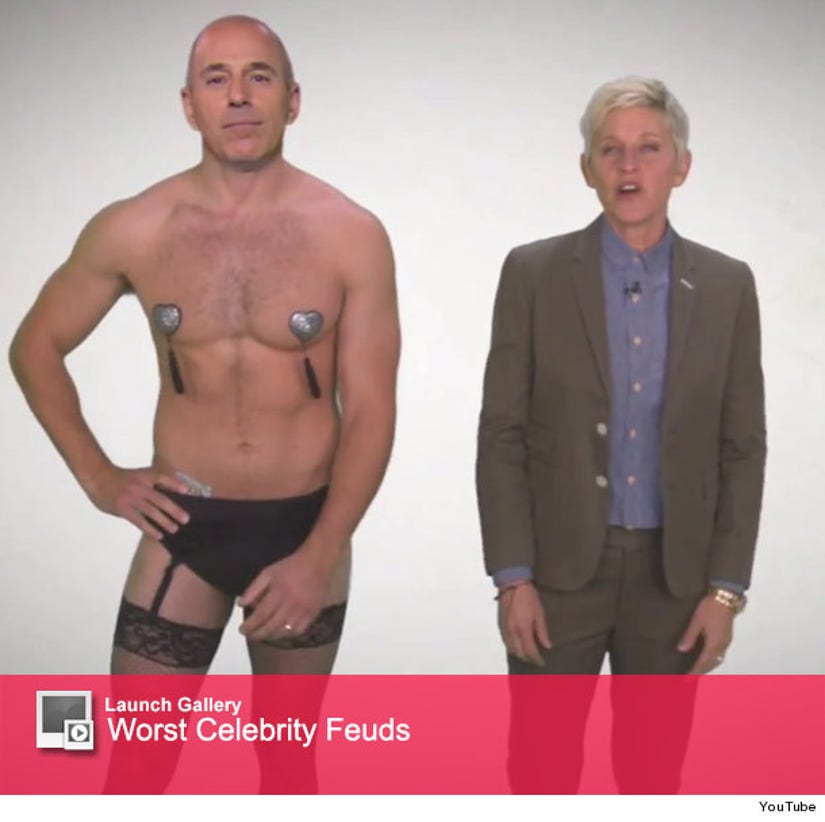 The prank war is officially over ... we think.

Matt Lauer and Ellen DeGeneres made peace on Sunday at the 2015 Daytime Emmy Awards, but the 57-year-old dancing host couldn't resist one final prank on the "Today" show anchor.

"Here's what we're doing. In the spirit of the Daytime Emmys, Ellen and I are here to announce that we are officially ending our feud or prank war," Matt said ... before another cleverly edited video of him stripping started to play.

"Matt, please! This is a dignified celebration," Ellen teased as "he" showed off his dance moves. "This is the best in daytime. Oh my god, pull it together."

In one final twist, Ellen revealed that Matt agreed to give $1,000 to charity every time one of the winners thanked him in their acceptance speech. Sounds like someone's gonna have to pay up!

The pair have gone at it for two months, after the funny lady used some creative editing to turn the morning host into an S&M lover during a "Fifty Shades Of Grey" interview. She later showed him playing footsie with Vince Vaughn in another clip.

Matt didn't take the pranks lying down though -- he got his revenge on the host when he filled her SUV with 20,000 ping pong balls.

Watch the full "truce" in the video above!

What do you think Ellen and Matt's prank war. Sound off below then click "Launch Gallery" for more celeb feuds!