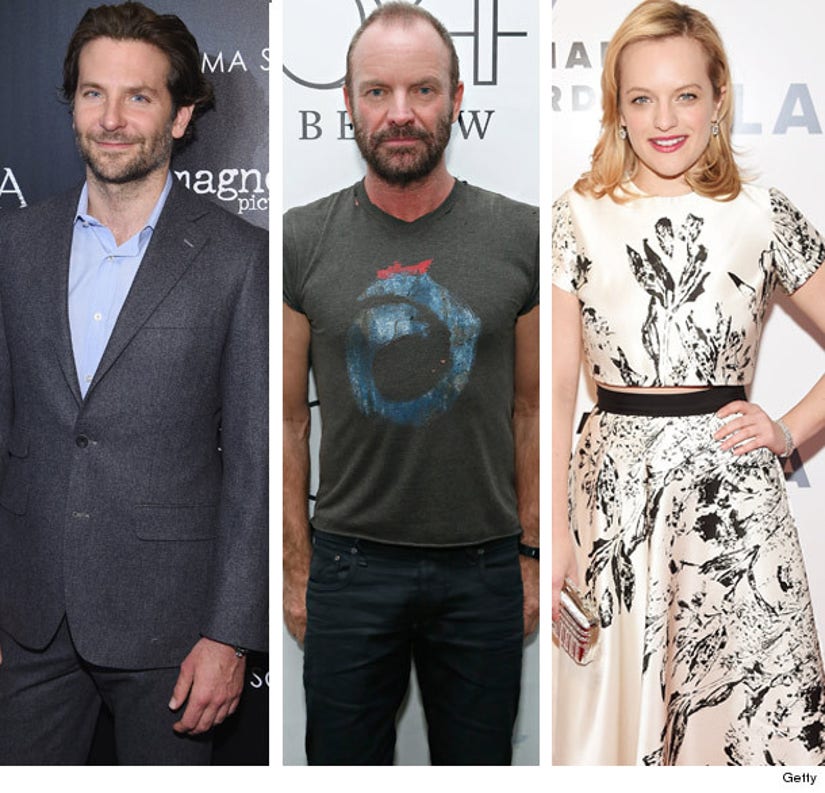 NEW YORK (AP) -- The musicals "An American in Paris'' and "Fun Home'' each received a leading 12 Tony Award nominations on Tuesday, showing two very different sides of this Broadway season.

One side is sunny -- the dance-heavy stage adaptation of the 1951 musical film with George and Ira Gerswin songs, and the other moody -- the dark show based on Alison Bechdel's coming of age graphic novel about her closeted and suicidal dad.

"It's nice to know if something's good, there's room for it,'' said Max von Essen, who earned a nomination for featured actor in a musical in "American in Paris.''

Michael Cerveris got one of the dozen nods for "Fun Home,'' as best leading actor in a musical, and hopes that will attract more people to see his poignant show that might not initially be a lure for tourists.

"The real value of the Tonys, and I suppose any awards, is to draw attention to something that people otherwise might not seek out. So the fact that every aspect of the production has been acknowledged is the best kind of advertising,'' he said.

The nominations also ranged from 11-year-old Sydney Lucas in "Fun Home'' to 82-year-old Chita Rivera, looking for her third Tony. Helen Mirren and Bradley Cooper each got nominations but Hugh Jackman and Matthew Morrison from "Glee'' did not get nods in their returns to Broadway.

The best new play category will include the candidates "Wolf Hall, Parts One & Two,'' "Hand to God,'' "Disgraced'' and "The Curious Incident of the Dog in the Night-Time.'' Larry David's "Fish in the Dark'' was snubbed entirely.

In addition to "An American in Paris'' and "Fun Home,'' the best new musical category includes "Something Rotten!'' and "The Visit.'' The Peter Pan-themed "Finding Neverland,'' Harvey Weinstein's first-ever venture into Broadway as a lead producer, didn't get a single nomination.

The British did well, with transfers "Wolf Hall Parts One & Two,'' "The Audience'', "The Curious Case of the Dog in the Night-Time'' and "Skylight'' grabbing 24 nominations. Sting's "The Last Ship'' earned the rocker a nomination for best original score even though his show closed in January.

"I'm just thrilled. I had no expectations. I wasn't even thinking about it. This morning when I got the news, I thought, 'Yep. That's wonderful,''' Sting said. "The whole experience for me has been joy from start to finish. This is just another iteration of joy.''

Another production, the revival of "The Elephant Man,'' Bernard Pomerance's play about John Merrick, the horribly deformed man who galvanized London society in the late 19th century, plans to go the other way and open in London this summer with all 13 American actors, including Cooper, Alessandro Nivola and Patricia Clarkson, who all earned nominations.

Clarkson called the play "one of the greatest experiences of my career'' and was thrilled that it wasn't over when it ended its run in New York. "It's a once-in-a-lifetime experience,'' she said. "We're invading their shores, baby! Get ready!''

"The Elephant Man'' will face competition in the best play revival category from "Skylight,'' "This is Our Youth'' and "You Can't Take It With You.'' The revival of Edward Albee's "A Delicate Balance,'' with John Lithgow and Glenn Close, failed to muster up a single nomination.

The musical revival category has three strong candidates: "The King and I,'' "On the Town'' and "On the Twentieth Century.'' (Vanessa Hudgens' "Gigi'' only got one, for actress Victoria Clark.)

Ruthie Ann Miles, who earned a supporting actress nomination for playing Lady Thiang in the lush Lincoln Center Theater revival of the classic 1951 Rodgers and Hammerstein musical "The King and I,'' was happy she and her co-star Ken Watanabe were recognized.

"It has definitely been something that Asian-American actors have been wanting and passionately fighting for to be recognized and also to have a more mainstream voice, to not be pegged into a very specific category,'' she said.

The nominations were announced in a televised event co-hosted by Mary-Louise Parker and Bruce Willis. The Tonys will be handed out at Radio City Music Hall on June 7.

"I couldn't sleep last night,'' said Robert Fairchild, who earned a best actor nod for his turn in ''An American in Paris.'' "Not that I expected it, but to even have a glimmer, a dream, just the possibility of this happening. But I never even thought this would be a possibility, it's so surreal.''

The best actress in a musical category includes Kristin Chenoweth for "On the Twentieth Century,'' Kelli O'Hara for "The King and I,'' Rivera for "The Visit,'' Leanne Cope from "An American in Paris'' and Beth Malone from "Fun Home.''

O'Hara got her sixth nomination for her role as the English school teacher in a revival of the classic 1951 Rodgers and Hammerstein musical "The King and I.''

She and Kristin Chenoweth (nominated for the romp "On the Twentieth Century'') are the hot favorites in the category to win; the two are friends and O'Hara said their two shows are "like apples and oranges.''

"I certainly don't want to win because of something left over from years past. I'm doing a show every night and that needs to be judged,'' she said. "And that's all I can focus on.''

The best actor in a musical nominees are Brian d'Arcy James for "Something Rotten!'', Cerveris in "Fun Home,'' Ken Watanabe in "The King and I,'' Tony Yazbeck in "On the Town'' and Fairchild in "An American in Paris.''

The best actor in a play nominees include Cooper for "The Elephant Man,'' Ben Miles for "Wolf Hall, Parts One & Two,'' Alex Sharp in "The Curious Incident of the Dog in the Night-Time,'' Steven Boyer in "Hand to God,'' and Bill Nighy for "Skylight.''

This time last year, Sharp hadn't yet graduated from Juilliard. "I never imagined this, not in my wildest dreams,'' said the star of a show based on an adaptation of Mark Haddon's best-selling novel about a teenager with Asperger's syndrome who tries to find a dog's killer.

Sharp, who thought he'd be an unemployed actor for a decade, didn't miss the announcement. "Yes I was up, watching. The ones who say they aren't are probably lying,'' he said.

Another actor making his Broadway debut who earned a nomination is Micah Stock, who plays Gus, a fledgling actor-turned-coat check boy in "It's Only a Play.''

The play stars a who's who of theater heavyweights, including Nathan Lane, Matthew Broderick, Megan Mullally, F. Murray Abraham and Stockard Channing. But only Stock was tapped with the honor.

"There's certainly some sort of meta thing to be drawn from Gus and my experiences,'' Stock said. "I consider this an ensemble nomination because this play is not something that can be done alone. Everyone has to be firing on all cylinders.''

The five best actresses in a play nominees are: Carey Mulligan in "Skylight,'' Mirren in "The Audience,'' Ruth Wilson in "Constellations,'' Geneva Carr in "Hand to God'' and Elisabeth Moss in "The Heidi Chronicles.''

Mirren earned her nod for playing Queen Elizabeth II in "The Audience,'' which imagines the private weekly meetings between the monarch and eight of Britain's prime ministers over her six-decade reign. Mirren already has an Oscar for playing the same sovereign in the film "The Queen'' and was a hit in the play in London.

"I've studied the shape of her mouth. I know her face probably better than anyone else does. But it's only my portrait,'' she said. "I can only surmise and imagine.''

Another actor who plays a monarch was pleased, too. "I don't think there many happier King Henry VIIIs anywhere in the world,'' said Nathaniel Parker, who plays a ruthless and yet vulnerable monarch in the "Wolf Hall'' plays, adapted from the Hilary Mantel book series about the rise of Thomas Cromwell.

Parker, who already has an Olivier Award for the role, must now duke it out with five others for best featured actor in a play. "It is such a thrill to be nominated,'' he said. "From the moment we started, what I dreamt of was Broadway for this play. And we've got here. And we're a hit.''