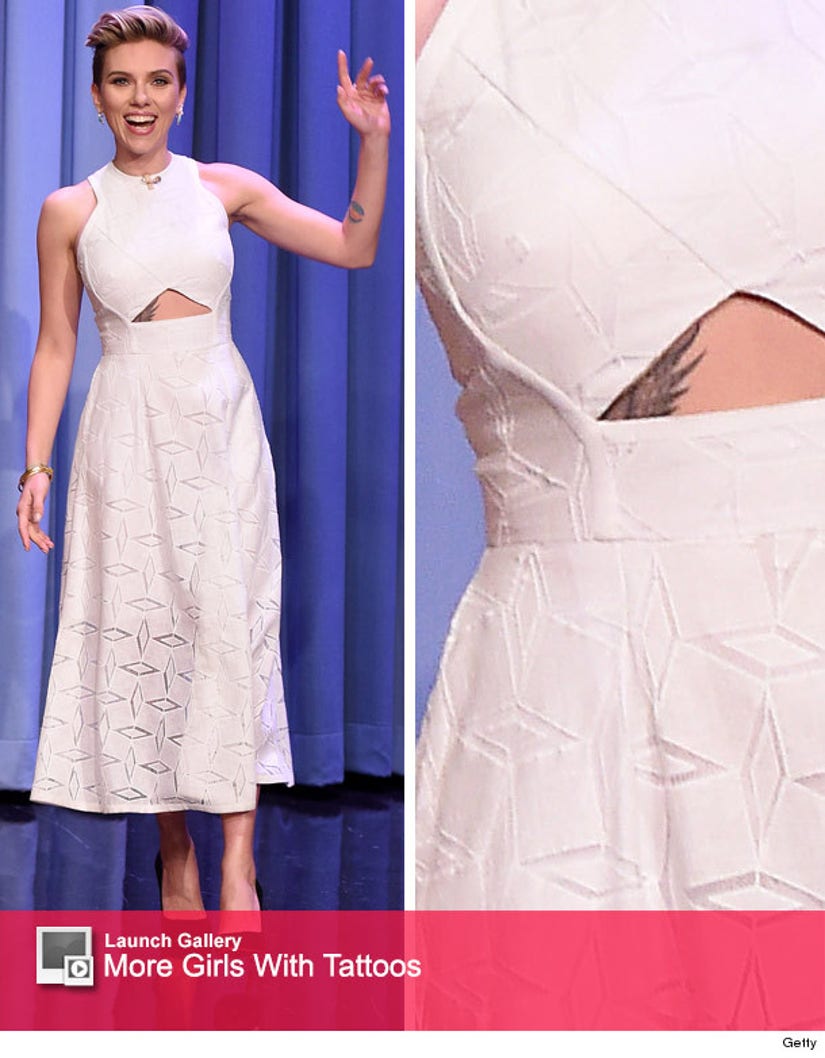 Scarlett Johansson has some new ink!

The "Avengers: Age of Ultron" star showed off some of her never-before-seen ribcage tattoo on Thursday night during an appearance on the "Tonight Show."

The 30-year-old actress displayed a winged art piece on her right ribcage that peeked through the keyhole detail of her white cut-out midi dress. We can't tell exactly what it is, but it looks like a bird or a feather. 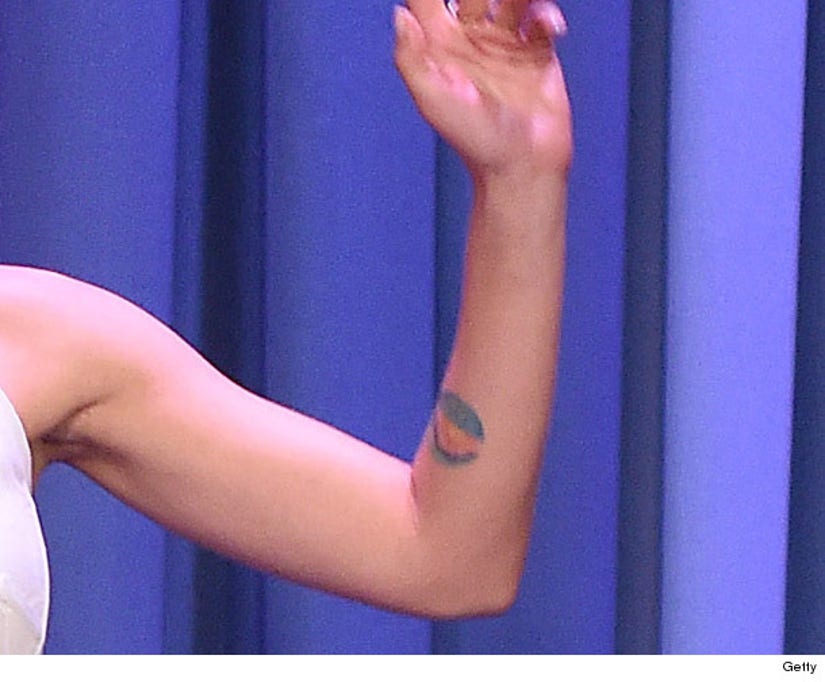 ScarJo has never been shy about showcasing her six tatts. Aside from the new ink on her rib, she also has a lucky horse shoe on her right torso, a sunset on her left forearm and an "I Love New York" charm bracelet on her right wrist.

While the new mom's new ink caught our attention, she also charmed the audience when she battled host Jimmy Fallon in a hilarious game of "Box of Lies."

The rules are simple: each player has to explain what's in their chosen box and the other has to decide if they're telling the truth or lying about the contents.

Scarlett went first, failing to trick Fallon by saying she had a "hot dug bun shaped like The Hulk." It was actually a Black Widow action figure holding hands with a Gumby.

When Fallon opened his first box, ScarJo was stumped.

"I can't tell whether you've taken a lot of pauses because you're trying to psych me out, but I cannot imagine that anybody would think to make a mannequin with diamond eyes and a little Speedo goggle cover thing. Did Wiz Khalifa make it?" she asked. "I'm going to say there's no way!"

Since Scarlett was wrong again, Jimmy gave her one more chance. Check out the clip to see if she redeemed herself!