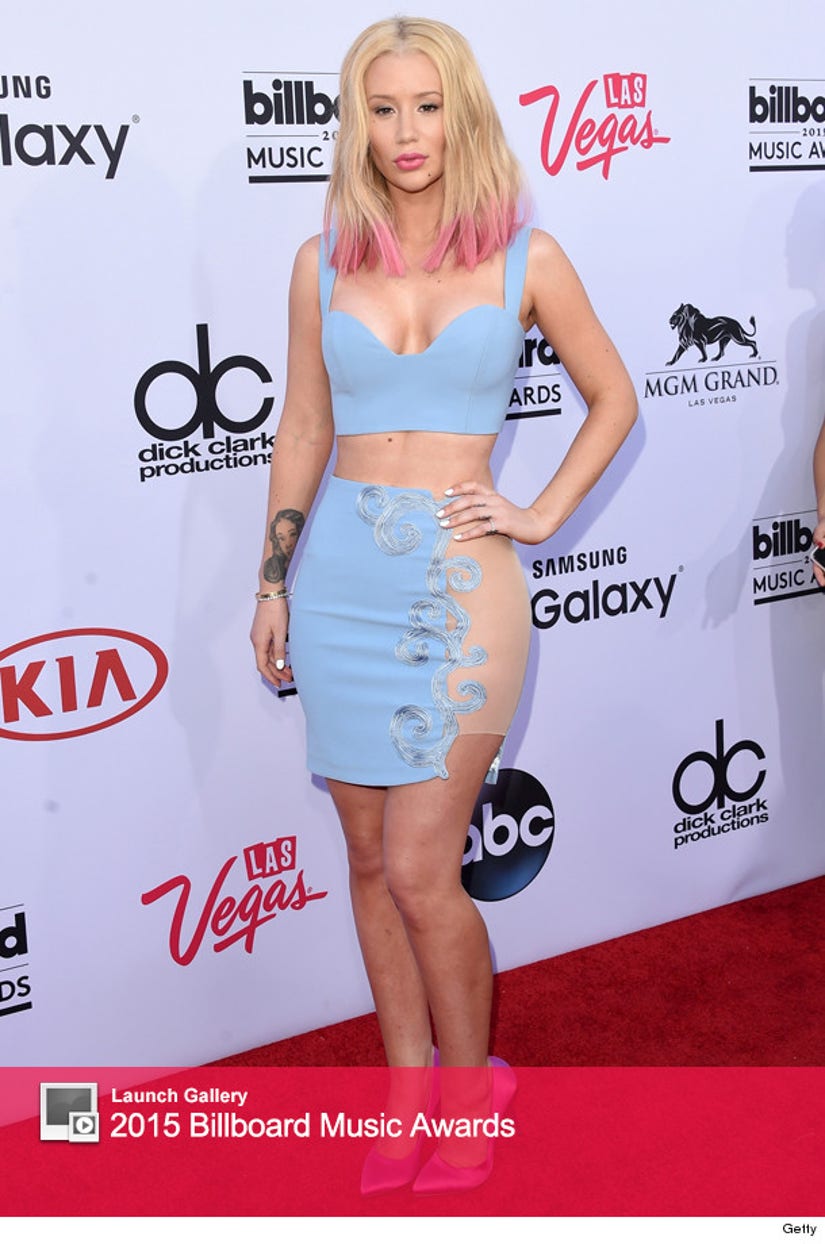 The Aussie rapper turned heads on the red carpet at the 2015 Billboard Music Awards on Sunday night in Las Vegas, sporting a new dip-dyed pink 'do and very little makeup.

She paired her colorful tresses with a pastel blue crop top and matching mini, which featured a sheer panel along the hip and swirling embroidery.

The "Fancy" songstress hit the red carpet with her "Pretty Girls" duet partner, Britney Spears. The musical duo is set to perform their track at the star-studded award show, after debuting their funky music video last week. 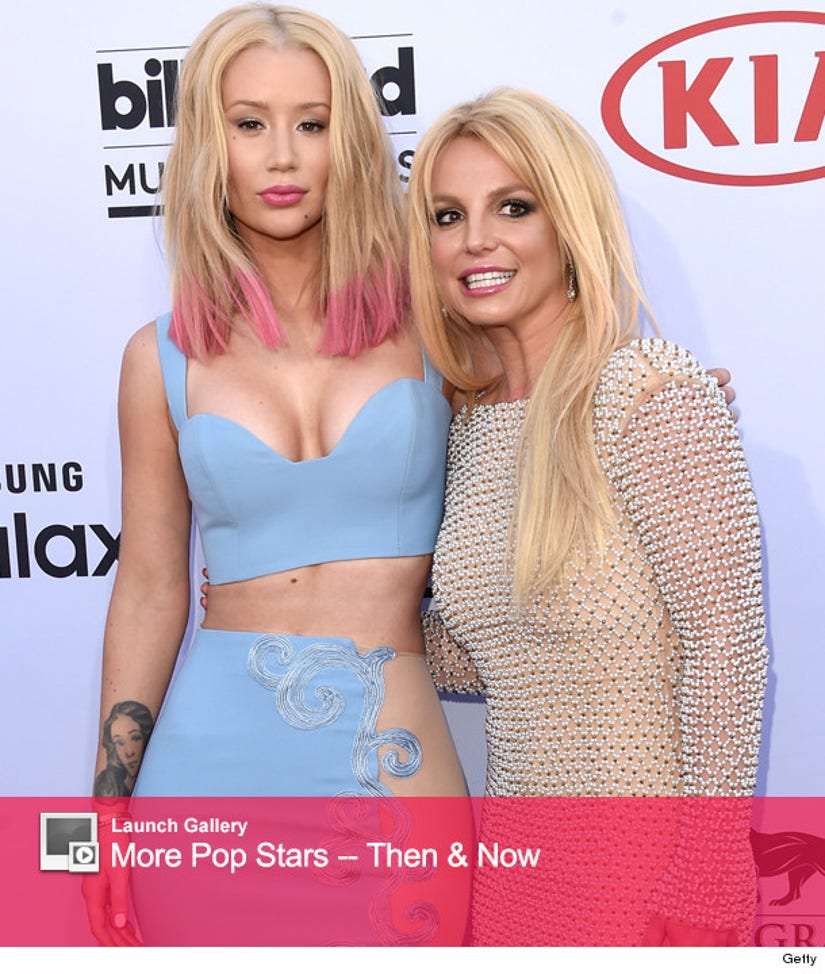 During the pre-show, Iggy told E! that she is debuting a new look (and new boobs!) because she's working on a new sound for her upcoming album.

Some have speculated that the rapper went under the knife though -- tweeting about her nose and jaw. A source also tells Us Magazine that she had even more surgery.

Do you think it's just makeup, or something more? Considering how open she was about her implants, we have a feeling she'll reveal the truth either way pretty soon.

We love that she isn't afraid to change up her style -- what do you think of her makeover? Tell toofab in the comment section below, and click "Launch Gallery" above to see ALL the stars on the Billboard Music Awards red carpet!