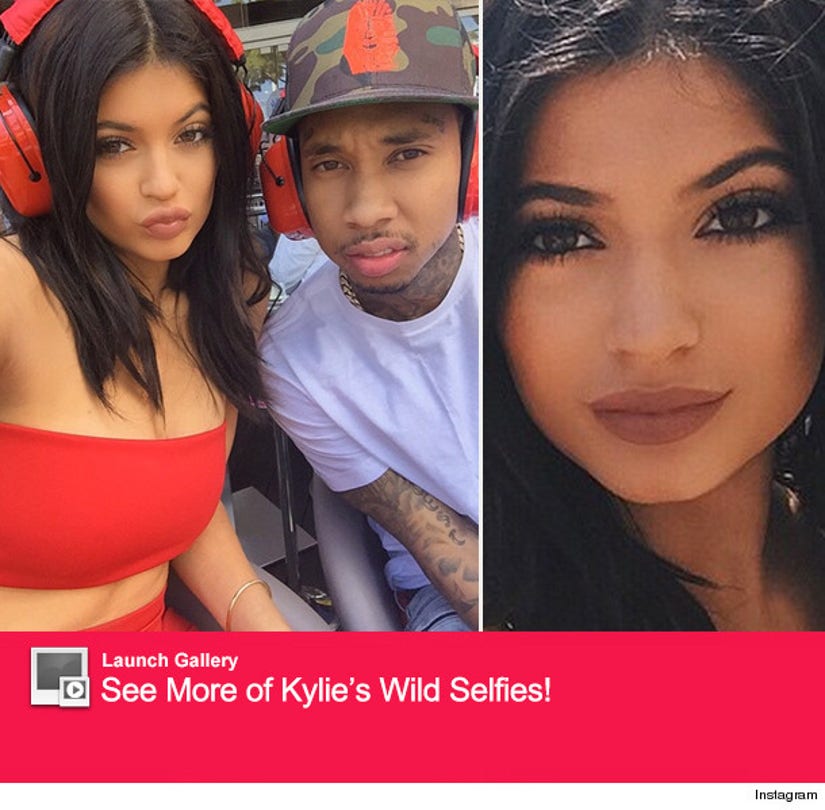 Kylie Jenner and Tyga have taken their rumored relationship abroad!

The 17-year-old reality TV star and the 25-year-old rapper shared a couple photos together on Sunday as they watched the Monaco Grand Prix together in the French Riviera.

The young "Keeping Up with the Kardashians" star showed off her plump pout as she made kiss lips for the camera, sporting a red bandeau top and matching headphones alongside her tatted beau as they checked out the race.

The two were joined at the annual event by Kylie's older sister, Kendall Jenner, as well as friends Gigi Hadid, Bella Hadid and Hailey Baldwin. The sighting comes after the slightly older models all attended Cannes last week.

Kylie and Tyga have been mum about their relationship, but the rapper did recently get her name tattooed on his arm.

"I feel like it doesn't matter what the world thinks. If you're around somebody, and you love being around that person, that's all that matters," he also added in a recent interview. "I don't feel like what anybody could say would change that, how I feel for her as a person. She's just a good person, she's got great energy."

When asked if he loved her "romantically speaking," Tyga avoided answering straight on.

"I mean, I don't think it really matters," he replied. "If you love being around somebody, that's all that matters, you know? Sometimes you gotta just let that artist live their own personal life sometimes, and you gotta respect that as a fan and a spectator of what we do."

What do you think about this pairing? Sound off below!