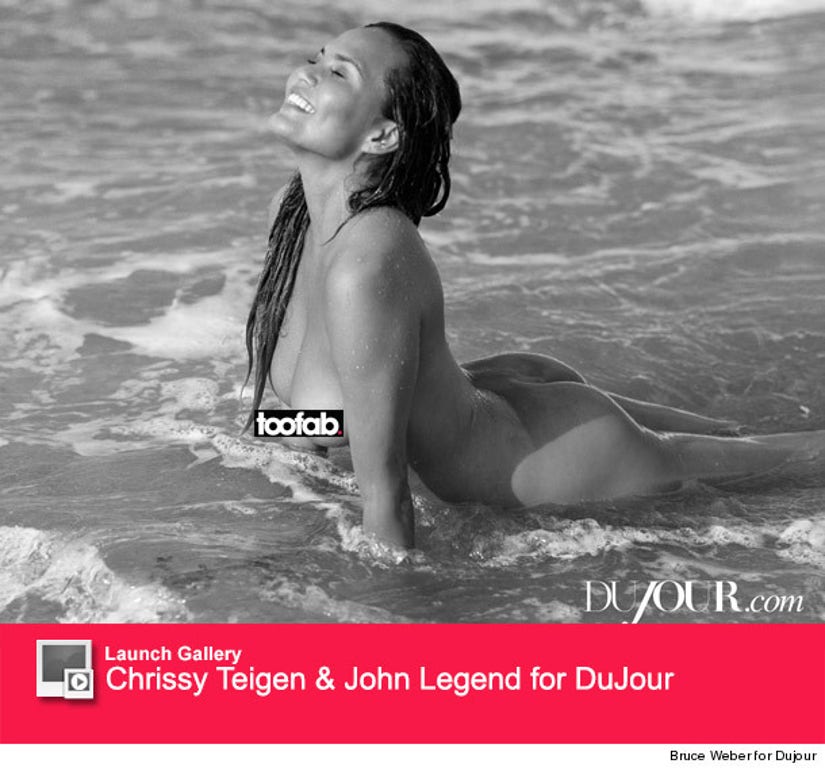 Chrissy Teigen is baring it all!

The sexy supermodel strips down for her steamiest photo shoot yet for DuJour magazine's summer 2015 issue, packing on the PDA with her handsome hubby, John Legend.

In one pic, the Sports Illustrated stunner flaunts her killer curves while posing completely naked in the ocean. She flashes a giant smile while letting the waves wash over her. Dammmnnn!

Another sexy snapshot shows the "Lip Sync Battle" host laying of her back with one leg perched on Legend's shoulder. Um, how cute is that goat?! 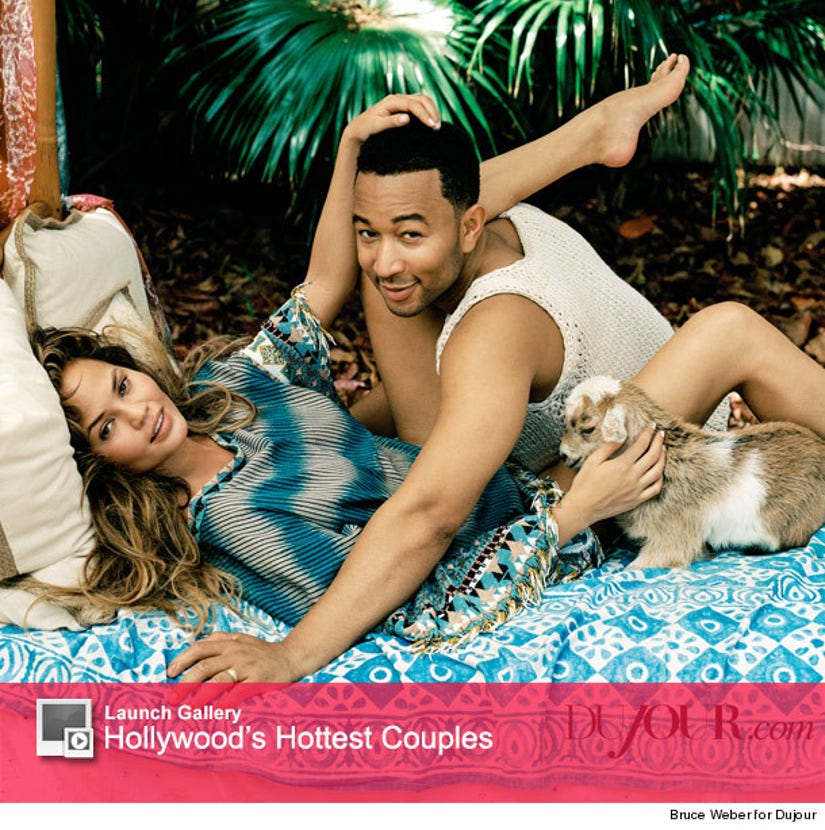 In addition to the racy spread, the couple opens up about starting a family.

"We want a lot of kids," she tells the mag. "I would love to have three or four of my own, and then adopt a few. So basically I'll be pregnant the rest of my life."

The brunette bombshell admits she's actually looking forward to seeing how pregnancy changes her body. "You look at Kim [Kardashian] and see how women's bodies just become so beautiful," she explains. "[The thought] of getting boobs thrills me. And John looooves pregnant women, so..."

"I feel like sometimes when people give birth, they give birth to a tiny part of their brain," Chrissy adds. "Whatever they thought they would be goes out the window and they kind of lose their minds." 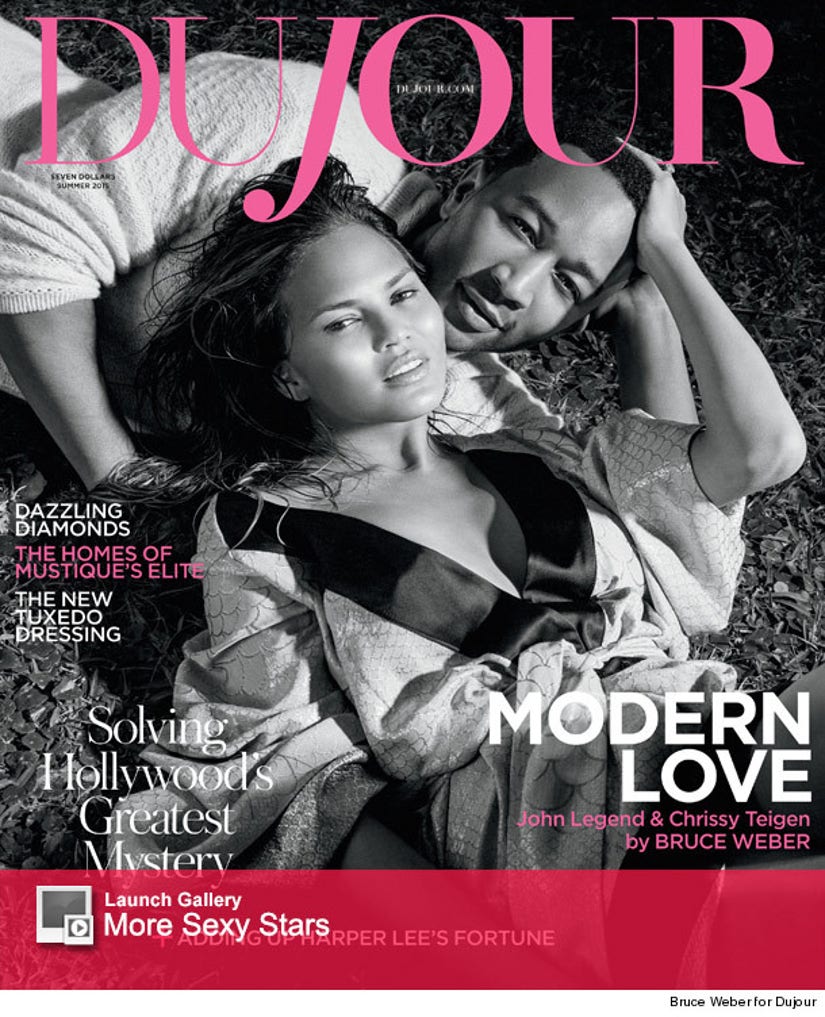 While Teigen is often an open book when it comes to social media, she makes one thing very clear. "I am 1,000 percent not going to have an Instagram account for my baby. It will not have a hashtag. If I have a hashtag for my baby, just kill me," she jokes.

Don't miss Chrissy and John's full interview with DuJour -- and check out all the HOT pics in the gallery at the top!