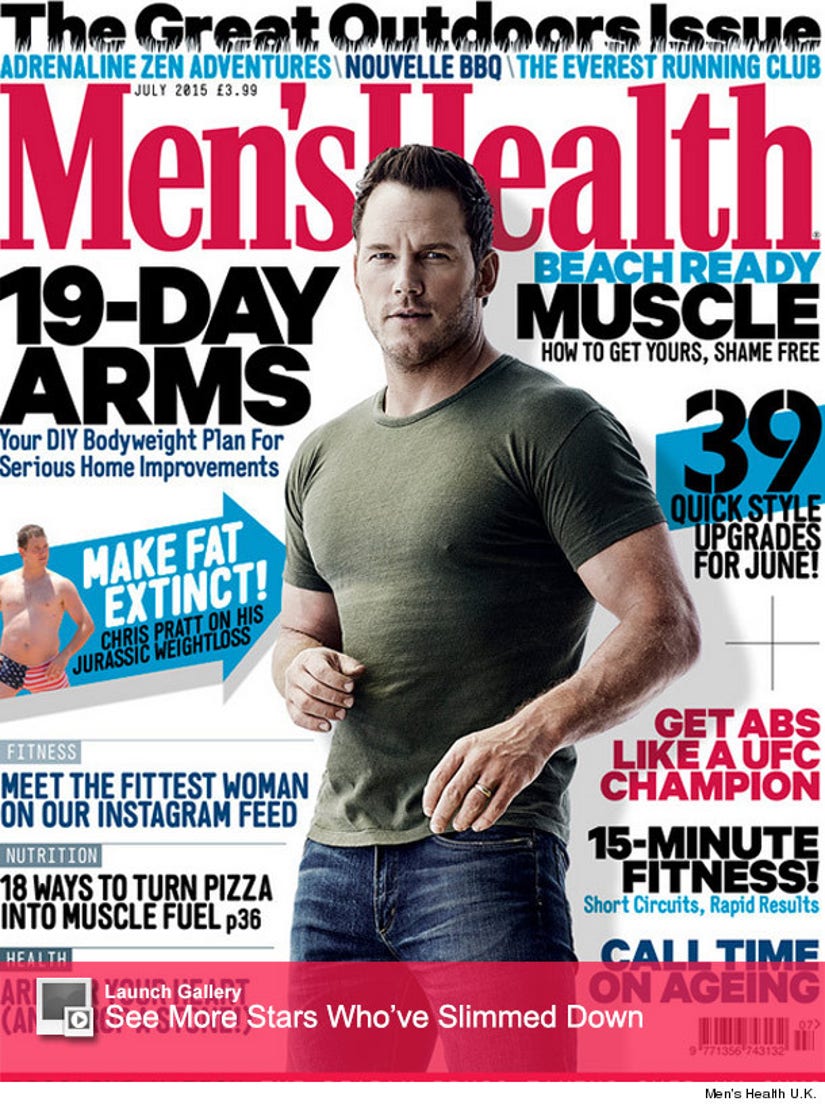 The "Guardians Of The Galaxy" star has transformed into a total hunk right before our eyes -- but it took years of yo-yo dieting for him to realize what makes him happiest.

The 35-year-old initially packed on the pounds for his role as Andy Dwyer in "Parks and Recreation" and in the July issue of Men's Health U.K., he reveals how quickly it almost got out of hand.

"I said to the creators that I wanted to get fatter for the role. They loved it," he explained. "I announced it to the whole cast, and then it became a bit of a game: how fat can I get and how fast can I get that fat. I would eat three or four cheeseburgers at every table read."

The funny man weighed 300 pounds at his heaviest, but felt that his appearance only added to the humor of his character.

"I saw myself in an episode, and in the matter of two moments very close together, I thought, 'Oh my God, I'm getting fat,'" he recalls. "And then almost immediately I did something else and I thought, 'Holy crap, I've never seen myself funnier.' And I put the two together."

After losing weight for two roles -- "Moneyball" in 2011 and "Zero Dark Thirty" in 2012 -- Anna Faris' other half gained it back again for his role on the NBC comedy. It wasn't until he saw "Zero Dark Thirty," that he realized he needed to officially make a change.

"I'd gone back and forth, lost weight for 'Moneyball,' got fat again, then trimmed down for 'Zero Dark Thirty,' then gained it all back again for Andy," he explained. "That's when I saw 'Zero Dark Thirty' and right after walking out I was like: 'I'm going to get in shape and I'm never going to be fat again."

The "Jurassic World" star went beyond just getting in shape though ... he's totally ripped!

"When I was fat and unhappy, the only moments of respite I got was when I was eating. Now mealtimes are sometimes lame, because that's the way it can be when you're eating healthily. But all the time between meals, I feel great," the dad-of-one revealed. "I was impotent, fatigued, emotionally depressed. I had real health issues that were affecting me in a major way. It's bad for your heart, your skin, your system, your spirit."

What do you think of Chris' candid comments? Sound off below then click "Launch Gallery" for more stars who've slimmed down!