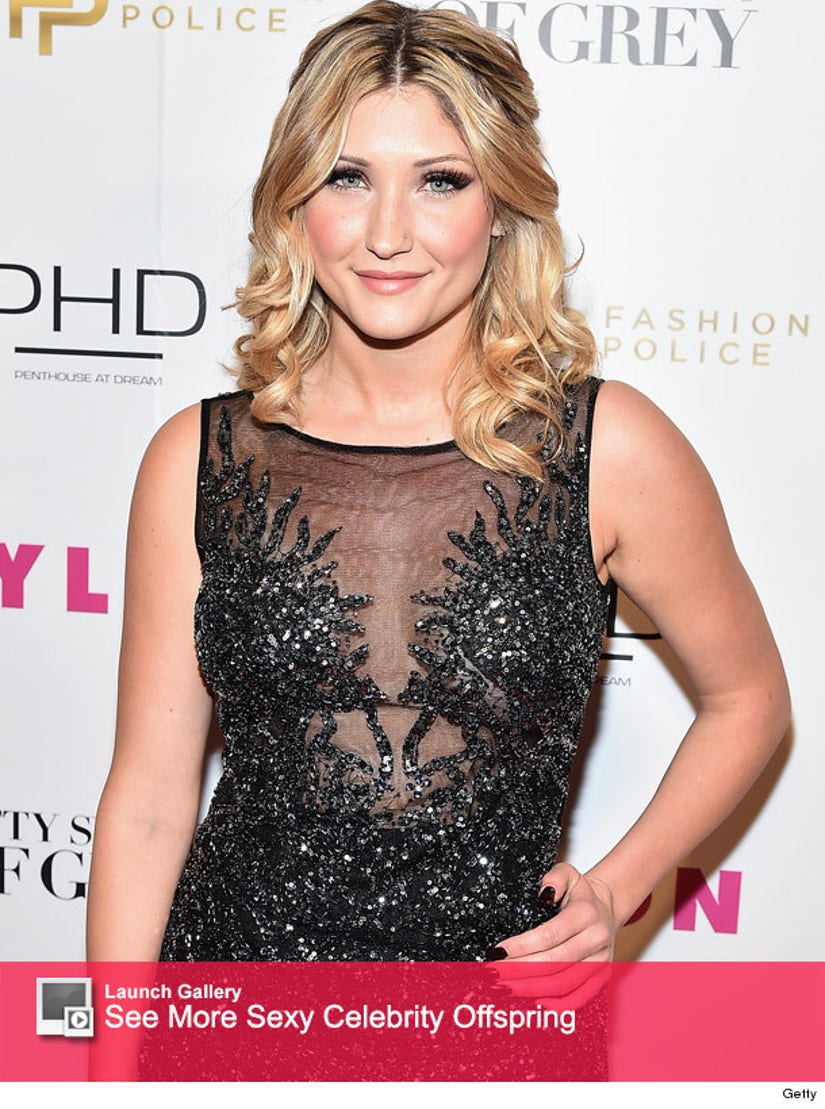 Taylor Ann-Hasselhoff is spilling the tea on all that "Rich Kids Of Beverly Hills" drama!

The musician chatted with toofab's Candice Brock ﻿about this season's drama, an awkward encounter with one of her cast mates, what dad David Hasselhoff thinks of her new gig and her budding music career!

The star is no stranger to being in the spotlight, however she reveals that signing on for the show wasn't exactly her dream job.

"It's not like I was like 'I'm so excited to be on Rich Kids Of Beverly Hills!' No it was not like that at all!" she says with a laugh. "I have to say E! is an amazing network and every show that they come out with, it has a huge response to it. For me it's a huge platform to able to show what I'm doing!"

"I've watched the first two season and I'm definitely a little bit different than all of them are," she continues. "For me, I wanted to show a different color of what it's like to be brought up in LA, you know rich kids, being the daughter of a celebrity everyone thinks that everything is handed to you."

"It is a tough group of people and they are very close," she explains. "They have been doing this for two seasons now. So of course you kind of get a little bit worried about 'I don't want to step on anyone's toes.' I was a little bit nervous, but at the end of the day it was fine, it was a good experience."

The Bellus Magazine president wasn't totally unacquainted with all of her costars. As revealed on the season premiere of the show, Taylor-Ann has a history with star Roxy Sowlaty.

The two were childhood friends until an incident caused them to have a falling out. So, does that mean we'll see the frenemies butt heads this season? 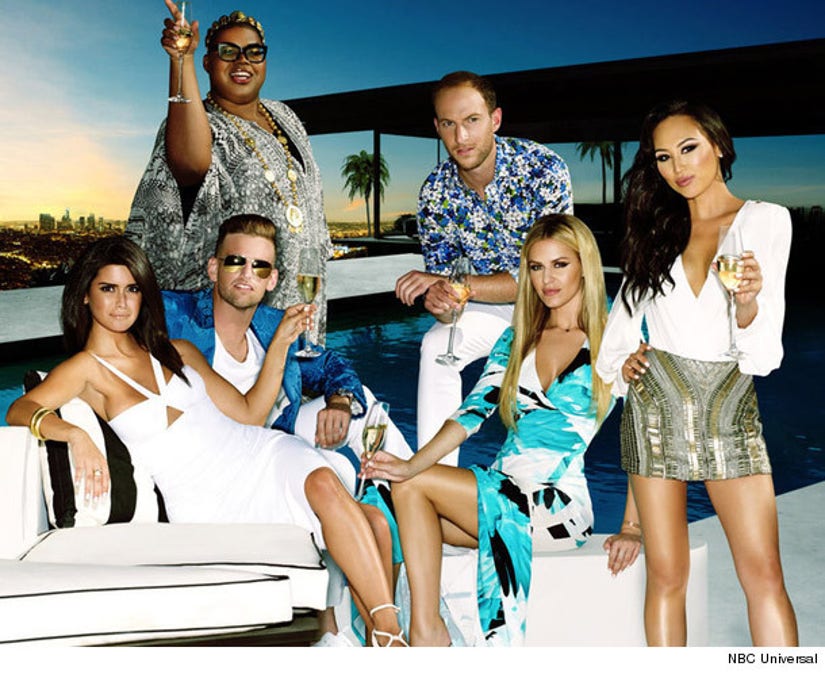 "There's definitely a lot of tension between me and Roxy throughout the season, just because we were really close growing up and we haven't seen each other in a couple years," she reveals.

"So you'll definitely see us talking about certain things that happened in the past and if our relationship gets resolved and things work out, I can't really say cause it's throughout the season so you'll see!"

Sure sounds like the drama is just beginning, so how does the "Baywatch" star feel about his daughter doing a reality show? 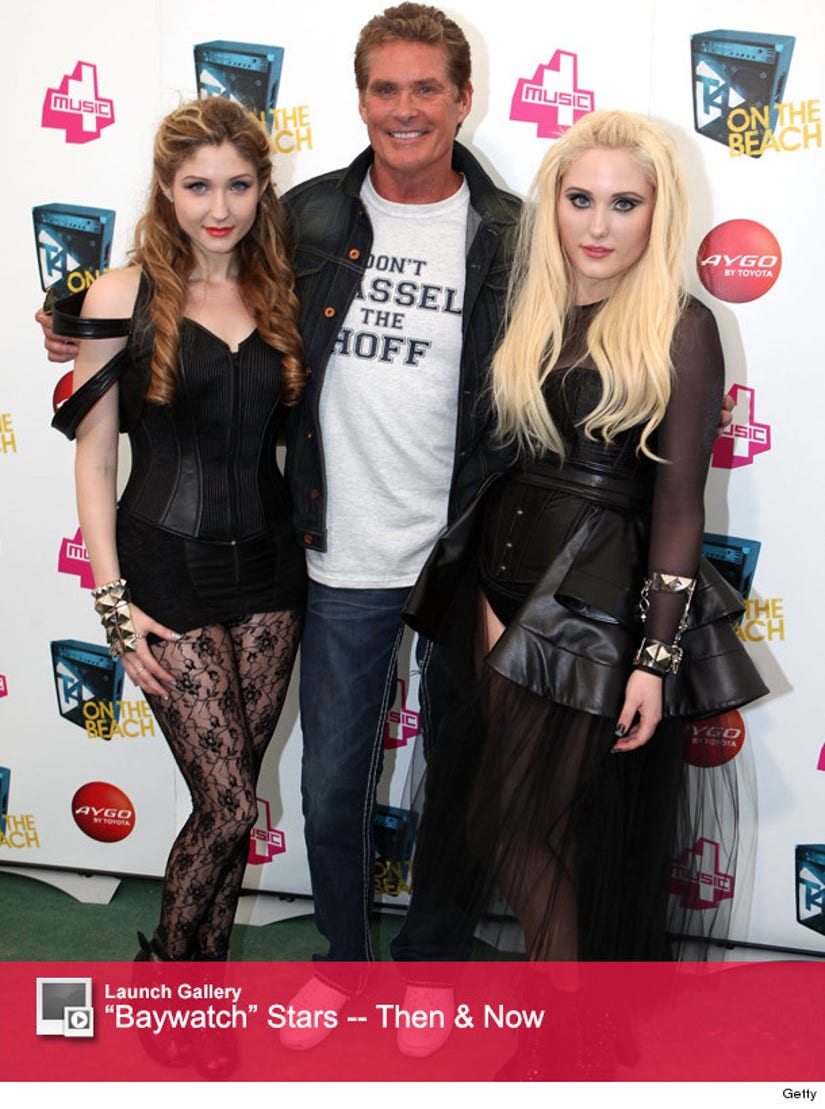 "When I first told him he just laughed! He literally just was like 'No way!' I'm like, 'Dad I'm asking you a question! Should I do it? I don't know!'" Taylor-Ann jokes.

"Finally, I was just like this is a great platform for me to show people my life and how I'm going into a completely new realm right now and that's with my career, my singing, being a solo artist which is huge for me considering I was with my sister for a few years."

Taylor-Ann and sister Hayley Hasselhoff performed in their girl group Bella Vida for several years and toured in clubs throughout Europe.

"Performing is something that I love to do," she gushes. "If someone asked me what I want to do for the rest of my life I'd be like, 'I just want to be on a tour bus and tour the world!'"

Watch the full interview above to find out what special advice dad David gave his daughter and to see what Taylor says are the "struggles" of being a celeb kid!