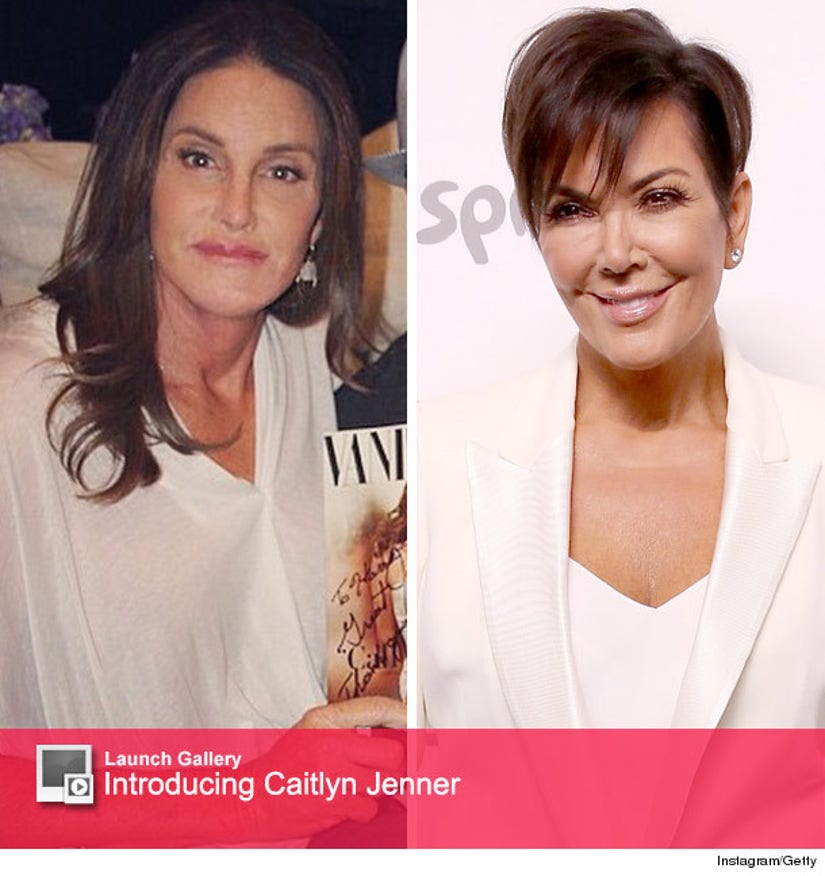 Caitlyn Jenner has nothing but love for Kris Jenner.

In what's only her 10th tweet ever, Caitlyn is speaking out about her ex and their 25 years together.

"Reading the VF article reminded me of the love & good times Kris & I shared for so many years," she wrote on Friday afternoon. "Wouldn¹t trade that time for anything!"

The article in question painted a somewhat confusing portrait of their relationship, as the two didn't quite agree on how much Kris knew about her then-husband's transition.

"When I met Bruce, he told me that he had done hormones back in the early '80s," Kris told Vanity Fair. "This was a conversation that took place in the early '90s. So, what he was telling me happened a decade earlier, and he never really explained it. There wasn't a gender issue. Nobody mentioned a gender issue."

Caitlyn said that Kris knew she would wear women's clothing while living publicly as Bruce -- but she wasn't allowed to do it in the family's home. Kris denies it all.

During E!'s "About Bruce" special, we saw a very emotional conversation between the two, with Kris saying she didn't see her husband's transition coming "in a gazillion years."

"I just miss Bruce. It's gonna take a minute for me to mourn that relationship. I'm trying so hard to process that pain. It's a struggle," she said through tears ... before ending the conversation by saying she only wants Caitlyn to be happy.

"Live the happiest life you can live. That's all I care about. That you're going through all of this for an amazing outcome. And that you can find the peace that you've been searching for," she said. "You were a great dad, a great friend, a great partner. At the end of the day it's not about my feelings."