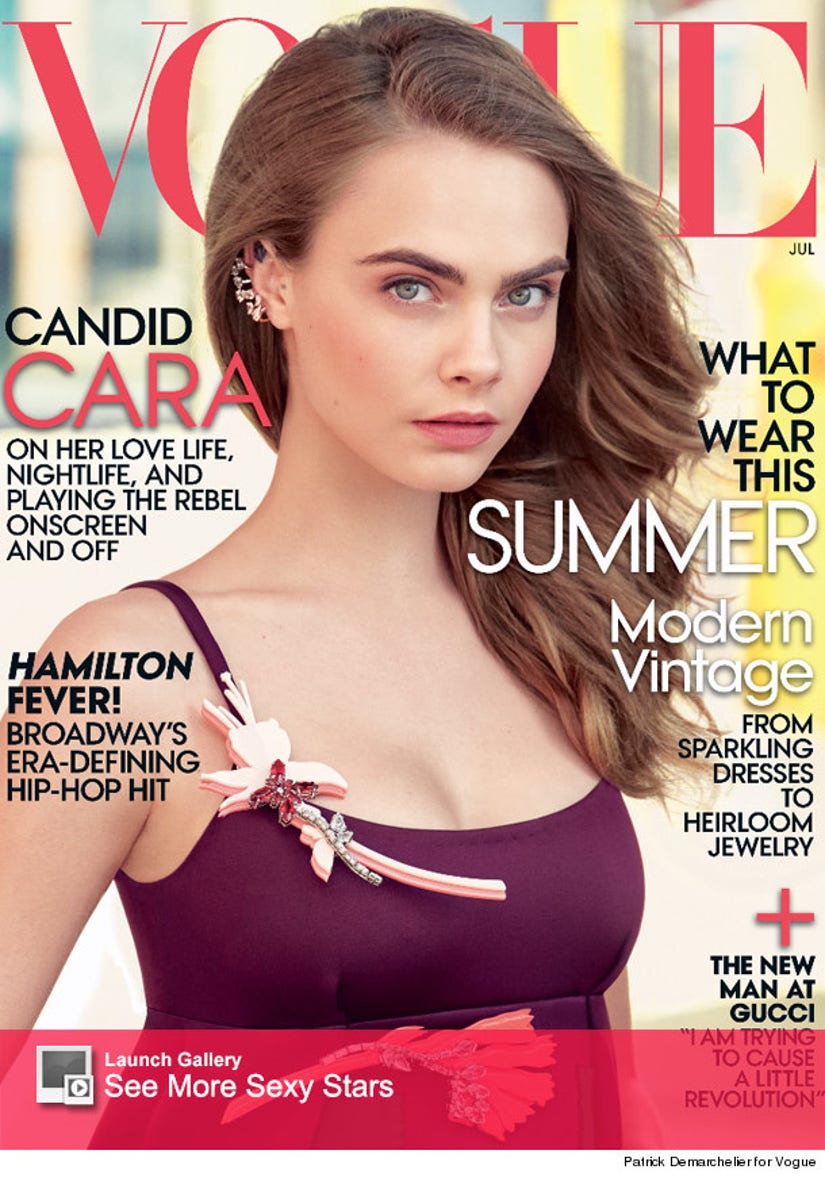 Cara Delevingne is getting totally unfiltered.

The model-turned-actress covers the July issue of Vogue magazine, where she's opening up about her crossover to the big screen, her difficult childhood and, yes, even her love life!

The 22-year-old stars in this summer's "Paper Towns." While this is the star's first leading role, she is set to appear in 7 films, including "Suicide Squad".

"The thrill of acting is making a character real. Modeling is the opposite of real," she's says of her career transition. "It's being fake in front of the camera. Being on set was like getting to relive school again, but happy. Trying to be an adult and be mature for so long, I'd kind of forgotten how young I was." 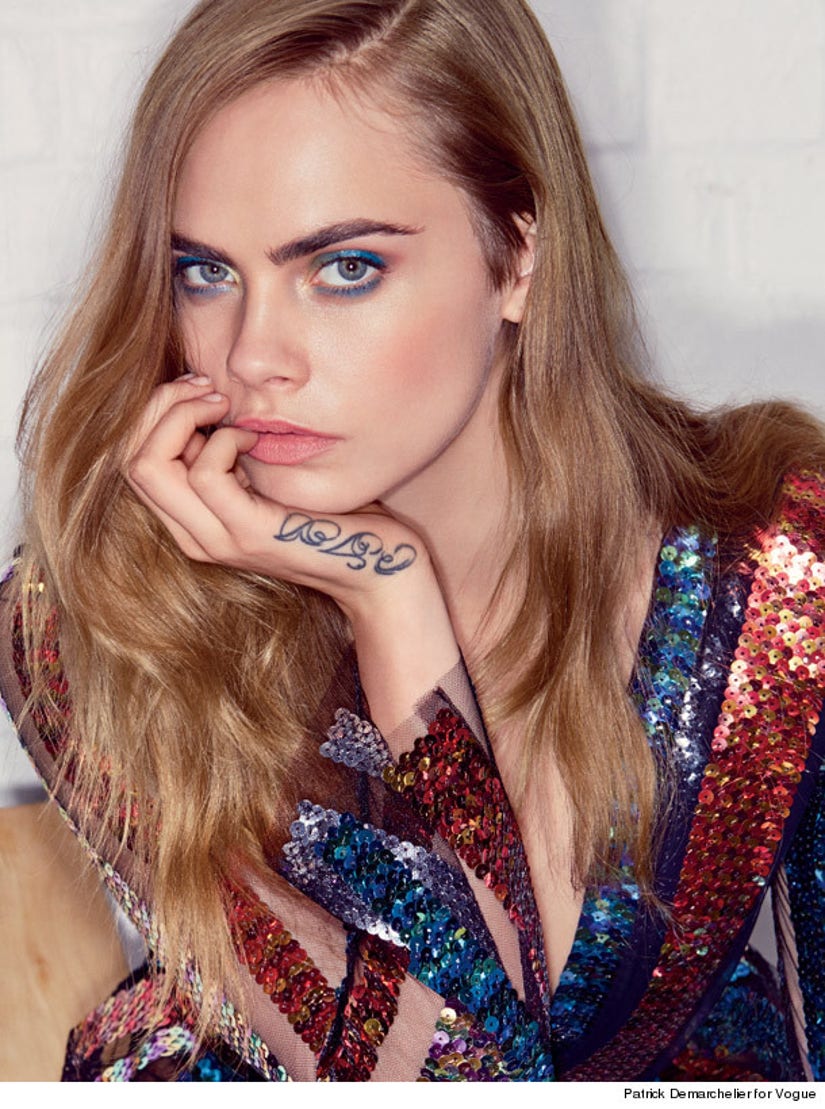 And while the star still seems quite young, she reveals that she had to grow up at a very young age, due to her mother's struggle with heroin abuse.

"It shapes the childhood of every kid whose parent has an addiction," Cara says. "You grow up too quickly because you're parenting your parents. My mother's an amazingly strong person with a huge heart, and I adore her. But it's not something you get better from, I don't think. I know there are people who have stopped and are fine now, but not in my circumstance. She's still struggling."

Cara also opens up about her own struggles, telling the mag that she suffers from depression and once contemplated suicide.

"I was packing my bags, and suddenly I just wanted to end it. I had a way, and it was right there in front of me," she tells Vogue. "And I was like, 'I need to decide whether I love myself as much as I love the idea of death.'" 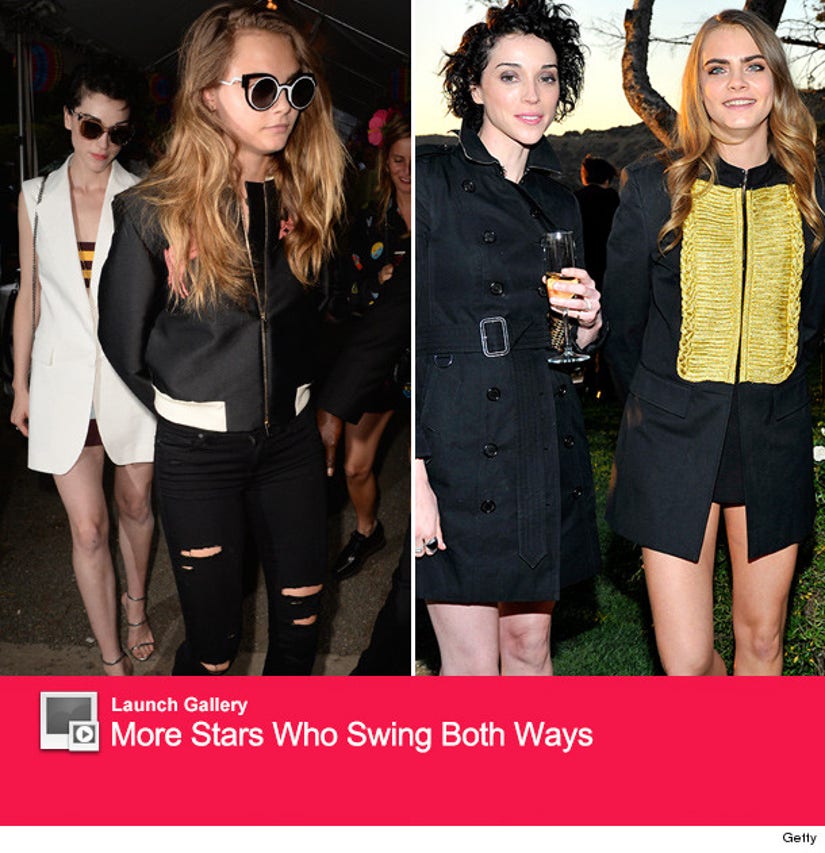 Now, the British beauty is in a much better place, and she credits her relationship with singer St. Vincent for getting her there.

"I think that being in love with my girlfriend (Annie Clark) is a big part of why I'm feeling so happy with who I am these days," she gushes. "And for those words to come out of my mouth is actually a miracle."

While Cara has never publicly defined her sexual orientation, she does say she is attracted to women as well as men.

"Women are what completely inspire me, and they have also been my downfall. I have only been hurt by women, my mother first of all," she says.

"If I ever found a guy I could fall in love with, I'd want to marry him and have his children," she adds. "And that scares me to death because I think I'm a whole bunch of crazy, and I always worry that a guy will walk away once he really, truly knows me."

What do you think of Cara's candid comments? Sound off below then head over to Vogue for the rest of her interview!