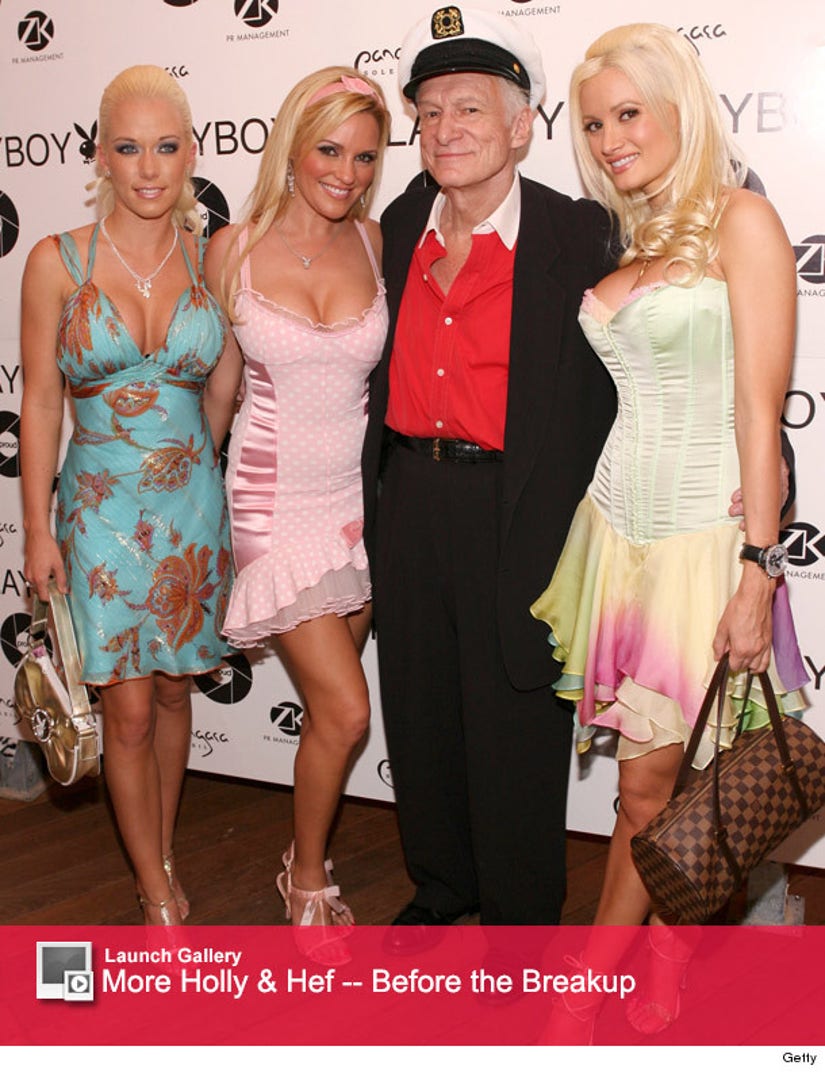 The bunnies have grown some serious claws!

Kendra Wilkinson is firing back on all cylinders against Holly Madison, who made headlines recently for spilling some serious dirt about her time inside the Playboy Mansion.

While Hef himself has already defended himself against some of the allegations in the book, saying Madison is "rewriting history," we hadn't heard from Kendra ... until now.

"These rumors that are out there about the mansion, it's not real," she says in a new interview with People. "There are hundreds of people that come in and out of the mansion every day that have such a great experience. Hef has dated thousands of women, most of who still love him and they come back and love Hef and thank him for what they have done for them, including myself."

Here's where it starts to get really personal.

"I've moved on and I've grown. There are some people out there that have not done that and they've actually, they, obviously have different motives," Kendra adds. "They had a different motive since day one of living at the mansion, so if this person, if Holly, you can tell she had this ulterior motive every minute being at the mansion. That motive was, it was clear as day, she wanted Hef's kids, she wanted a piece of Playboy and she wanted to marry Hef for, obviously his will. That didn't happen, so what do you think's gonna happen? Revenge. We're witnessing some revenge here."

In the book, Holly claims Hef actually offered to add her to his will and give her $3 million at the time of his death if she didn't leave him. Madison says she turned the offer down and left the mansion for good.

As for her relationship with Kendra, Holly says she hasn't spoken to her in years -- adding, "I don't miss her."