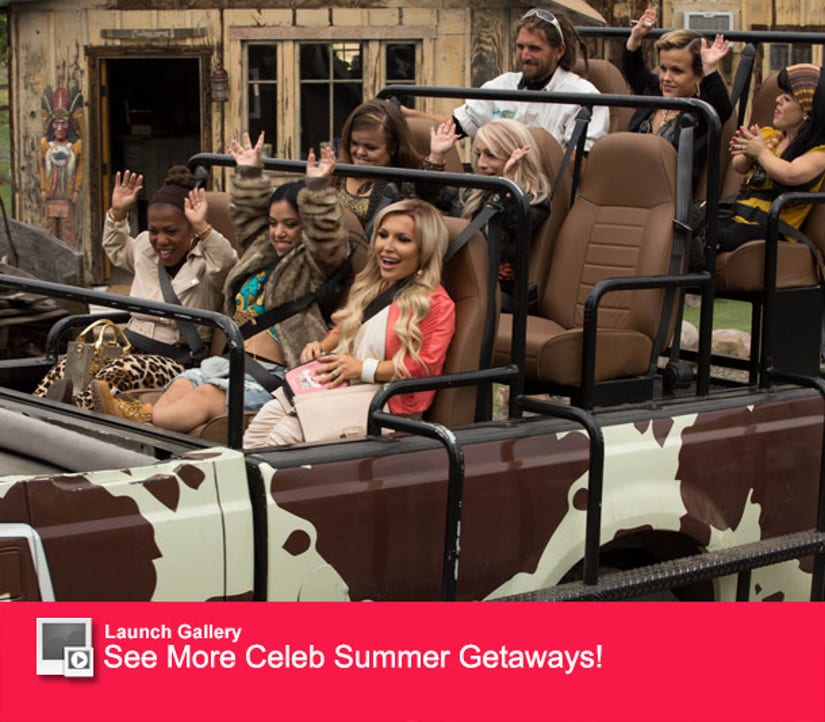 Summer is here and the stars are spending it in style!

We've teamed up with Lifetime's "Little Women: LA" to show you some of the lavish vacations your favorite Hollywood A-listers are indulging in this year. Yes, this gallery is bound to make you jealous.

Supermodels Kendall Jenner ﻿and Gigi Hadid enjoyed some fun in the sun on a luxury yacht while on holiday in Monte Carlo. The famous friends were joined by Hailey Baldwin and Gigi's sister Bella on the French Rivera as they took to the water on jet skis. What a group!

Elsewhere in the summer heat, Eva Longoria put on her own personal parade of bikinis. From Miami to Spain, the former "Desperate Housewives" star has been flaunting her killer curves all over the world.

Other bikini babes include Michelle Rodriguez, Mariah Carey and Nicole Scherzinger … while hunks like Matt Bomer, Mario Lopez and Shemar Moore all showed off their six-packs.

Live vicariously through these stars on their amazing adventures by checking out the gallery above!

"Little Women: LA" returns to Lifetime with an all new season on Wednesday, July 29th at 9/8c, followed by the season premiere of "Terra's Little Family"!