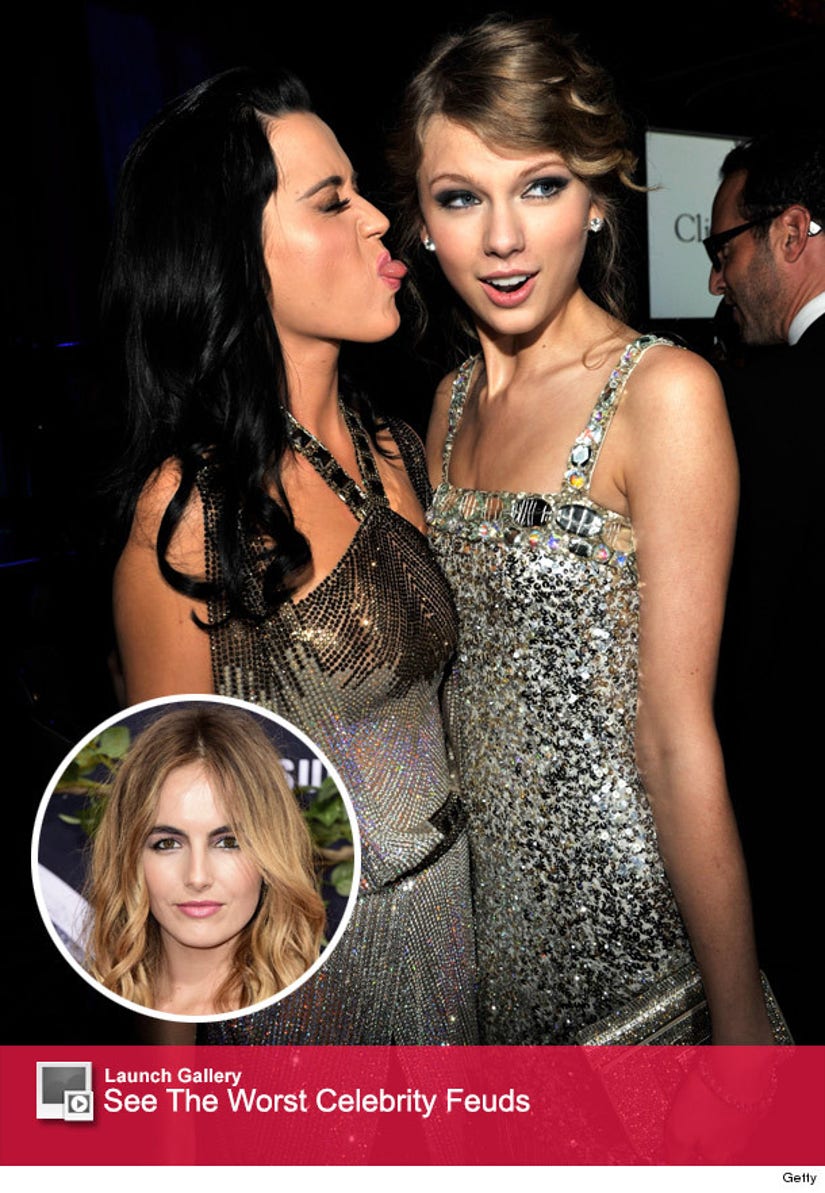 Looks like someone else has made their way into Taylor Swift and Katy Perry's feud!

The "Style" singer had some Twitter beef earlier in the week with Nicki Minaj, after the rapper tweeted her disappointment over not getting nominated for Video of the Year at the MTV VMA's .

The 25-year-old, whose "Bad Blood" video scored a nom, mistakenly thought the message was a dig at her but has since apologized for the misunderstanding.

But that didn't stop Taylor's former pal Katy from giving her two cents about the whole fight!

"Finding it ironic to parade the pit women against other women argument about as one unmeasurably capitalizes on the take down of a woman…" the "Roar" singer wrote to her followers on Wednesday, referring to Swift bashing her via "Bad Blood."

And it looks like one celeb couldn't help but agree with the pop star's bold statement.

Actress Camilla Belle retweeted Katy's message and chimed in with her own thoughts. "Couldn't have said it better…" she wrote

@katyperry Couldn't have said it better...

In case you didn't know, T.Swift and the 28-year-old also have some beef, after the "Sundown" actress dated Taylor's ex Joe Jonas ﻿in 2009. The star famously slammed Belle in her 2010 song "Better for Revenge" for hooking up with the former Jonas Brother shortly after their split.

That's not all. Taylor also alleged that the unnamed "actress" not only stole her boyfriend but is better known for "the things she does on a mattress."

The former country star is now happily dating Calvin Harris and has managed to repair her relationship with Jonas, who is dating her friend, model Gigi Hadid.

What do you think of the latest development in this feud? Sound off below then click "Launch Gallery" for more famous celebrity feuds.