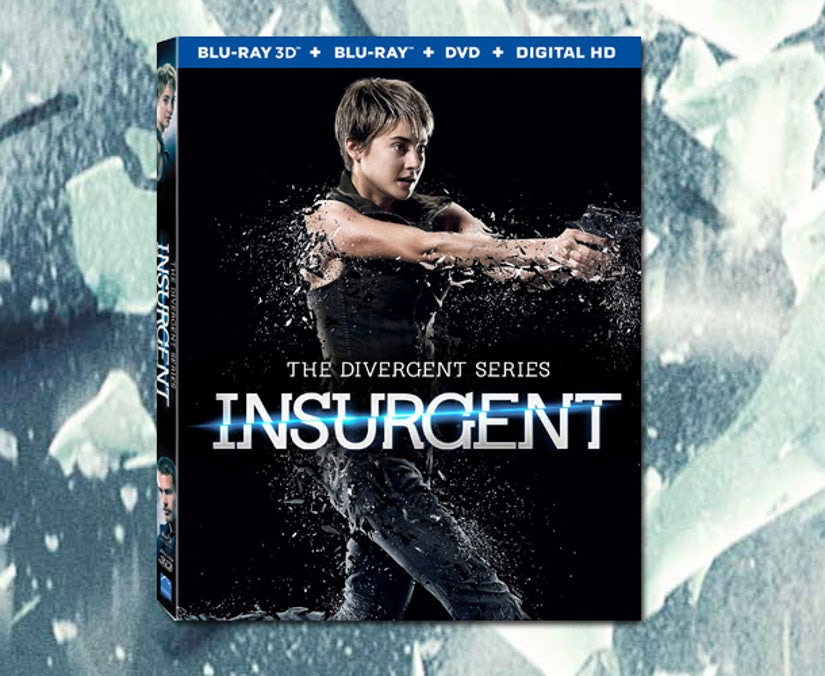 With "The Divergent Series: Insurgent" hitting home video next week, we've got one killer prize pack to celebrate!

Based on Veronica Roth's #1 New York Times best-selling novel, the sequel raises the stakes for Tris (Shailene Woodley) as she searches for answers and allies. On the run and targeted by ruthless faction leader Jeanine (Kate Winslet), Tris fights to protect the people she loves, facing one impossible challenge after another as she and Four (Theo James) race to unlock the truth about the past—and ultimately the future—of their world.

To mark the occasion, we've got a 3D Blu-ray Combo and a branded t-shirt for one lucky winner.

The special features for the Blu-ray include audio commentary, a behind-the-scenes feature-length documentary and a ton of featurettes on the making of the film.

Get your copy on Digital HD now or on Blu-ray and DVD on August 4 -- and be sure to enter to win below!