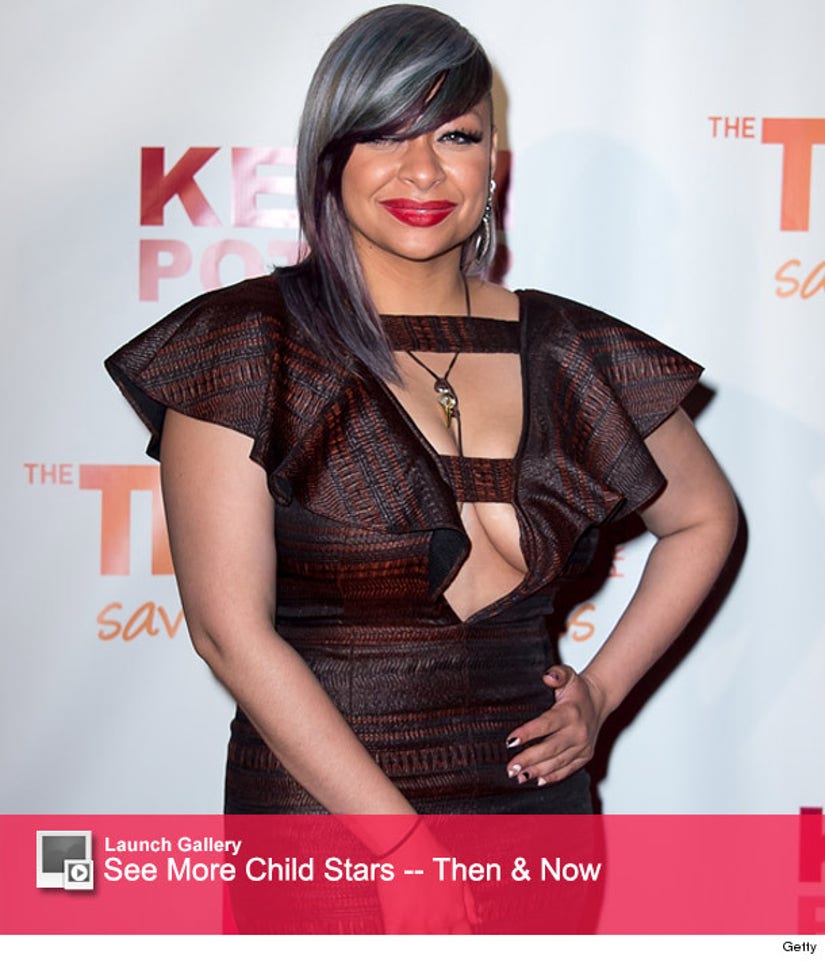 Raven-Symoné is getting super candid about body image in Hollywood.

On Tuesday's episode of "The View," the 29-year-old actress revealed that growing up in the entertainment industry came with a lot of pressure -- especially in regards to maintaining a certain weight.

"I remember not being able to have the bagel or anything at [craft services]—we call it crafty—where it's just a table of food ready for you to eat whenever you want," she recalled. "And I remember people were like, 'You can't eat that. You're getting fat.' I'm like, 'I'm 7! I'm hungry!'"

And the body pressure didn't stop there, as the former "Cosby Show" star revealed that her weight was monitored well into her teens.

"Even when I got up to 180 pounds on 'That's So Raven'! You put nasty stuff in front of me or images of woman I'll never aspire to, of course I'm gonna get depressed!"

The star previously revealed to People magazine back in 2011 that she eventually took a hiatus from acting to keep her sanity in check.

"I was stressed out," she lamented. "Normal 15-year-olds had to worry about prom. I grew up worried about memorizing my lines so my show wouldn't get canceled."

During her break, the star shed 70 pounds and was recently officially added as a co-host to the long running ABC talk show.

What do you think of the star's surprising comments? Sound off below then click "Launch Gallery" for more child star's then and now!