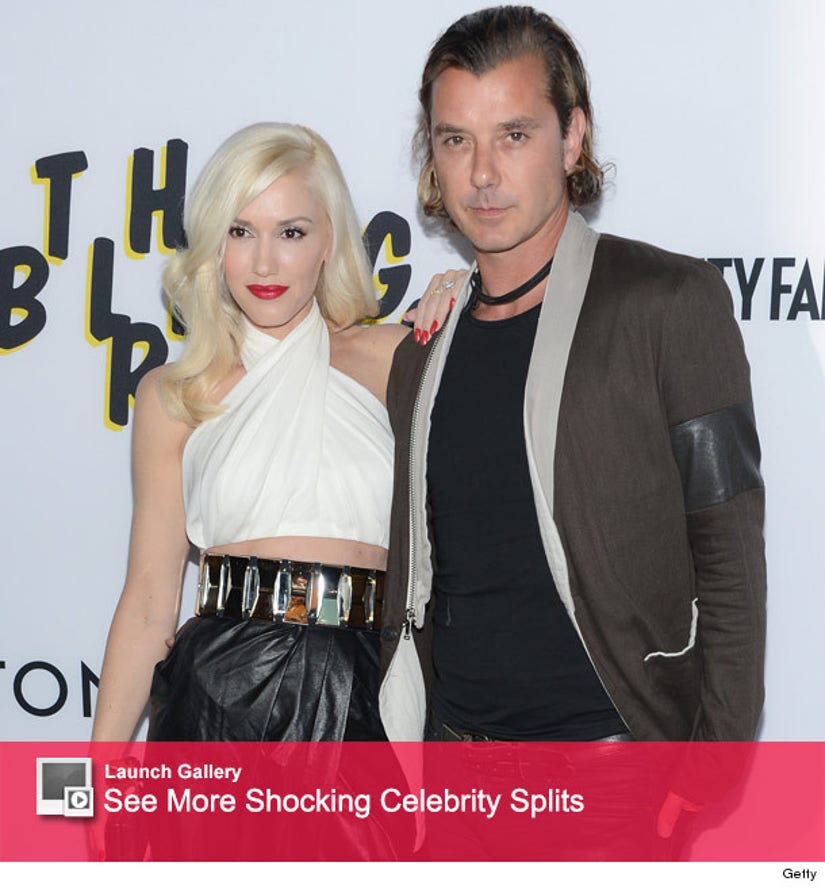 It's all over for Gwen Stefani and Gavin Rossdale.

The No Doubt singer filed for divorce from Bush rocker hubby Gavin Rossdale after almost 13 years of marriage, according to TMZ. Stefani cited irreconciliable differences.

The two are seeking joint custody of their three children together; 9-year-old Kingston, 6-year-old Zuma and 1-year-old Apollo.

While the divorce definitely comes as a shock, Stefani herself said she was surprised they were still married in an interview with Cosmopolitan earlier this year.

"We go through so much together -- it's a miracle that we could stay together this long," she confessed at the time.

Some of the incidents their marriage has weathered: Gavin learning in 2004 that he fathered a then-teenage girl back in 1989 ... and the singer revealing in 2010 that he had a same-sex relationship in his teen years. Neither seemed to faze Stefani though -- and really shouldn't have, as both happened long before she entered the picture.

At one point, Courtney Love said she was hooking up with Rossdale while he was with Stefani. Neither Gwen or Gavin ever commented on that one though.

"It's good to have those days when we both do our own things. I think that's what keeps relationships going, when both people can be themselves and have their own individuality," Gwen continued to Cosmo. "That's especially important for women -- it's hard to find time for yourself."

In his own interview with the Washington Times, Rossdale hinted that he wished they were able to spend more time together.

"The best thing about being with Gwen is that we understand each other and understand the demands and commitments of the job," he told the publication. "The bad thing is that really I wish that, when I hit the road, she was coming with me. On the bus and being my wife just hanging out with me. But instead she's going crazy for her rehearsals."

Both of them were spotted separately last week -- and were both still wearing their wedding rings. 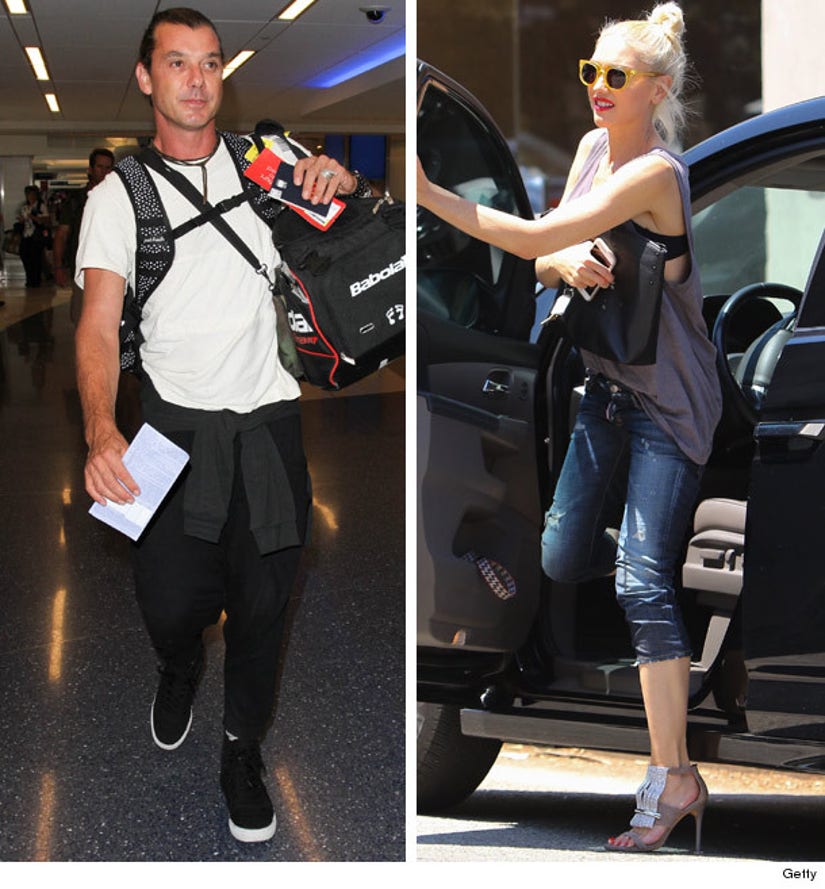