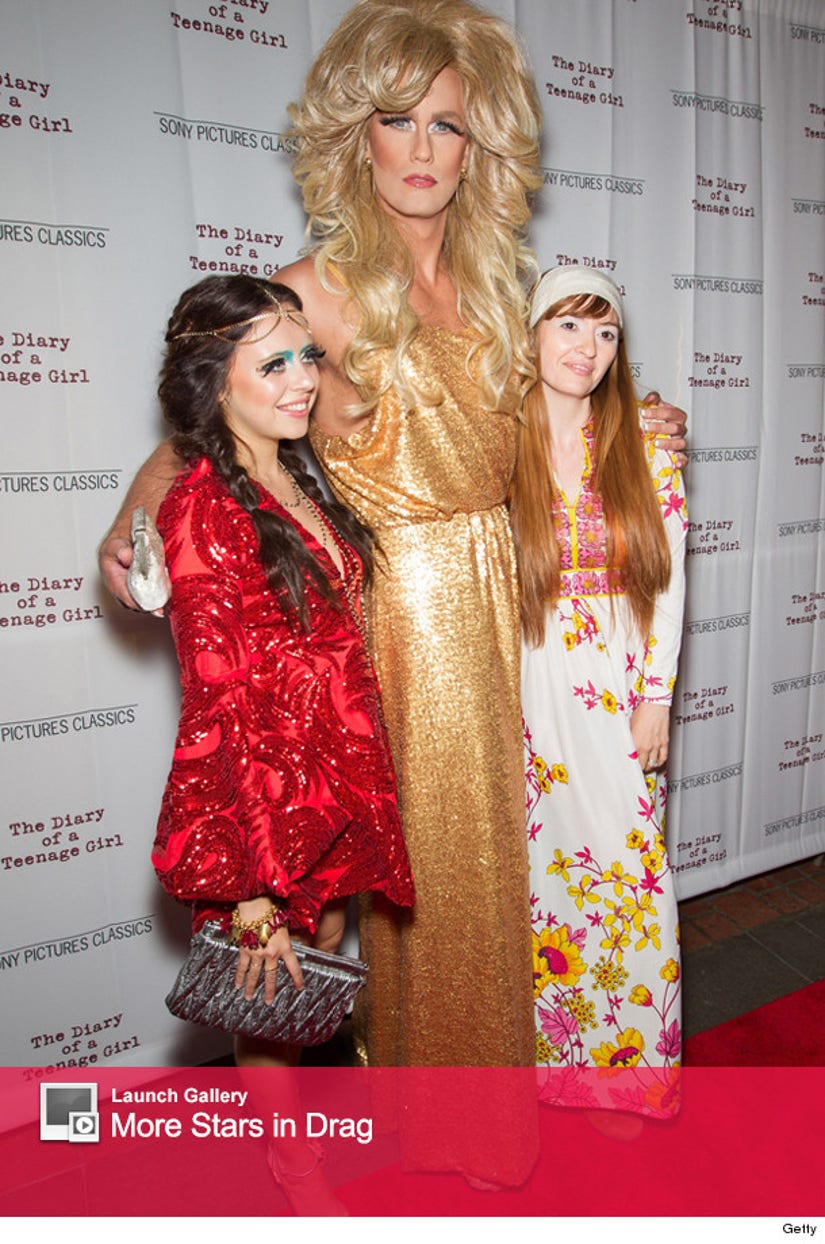 Alexander Skarsgard make quite an entrance at the San Francisco premiere of "Diary of a Teenage Girl" on Monday.

The actor dressed in drag for his big night, posing for pictures on the red carpet in glitzy gold gown, 70's-style blonde wig and a flawless face of makeup.

It is unclear why Alexander chose to change up his look for the premiere, but it may be an homage to his costar, Peaches Christ, a drag performer who plays a transvestite in the film and often performs at the Castro Theater where the event was held. 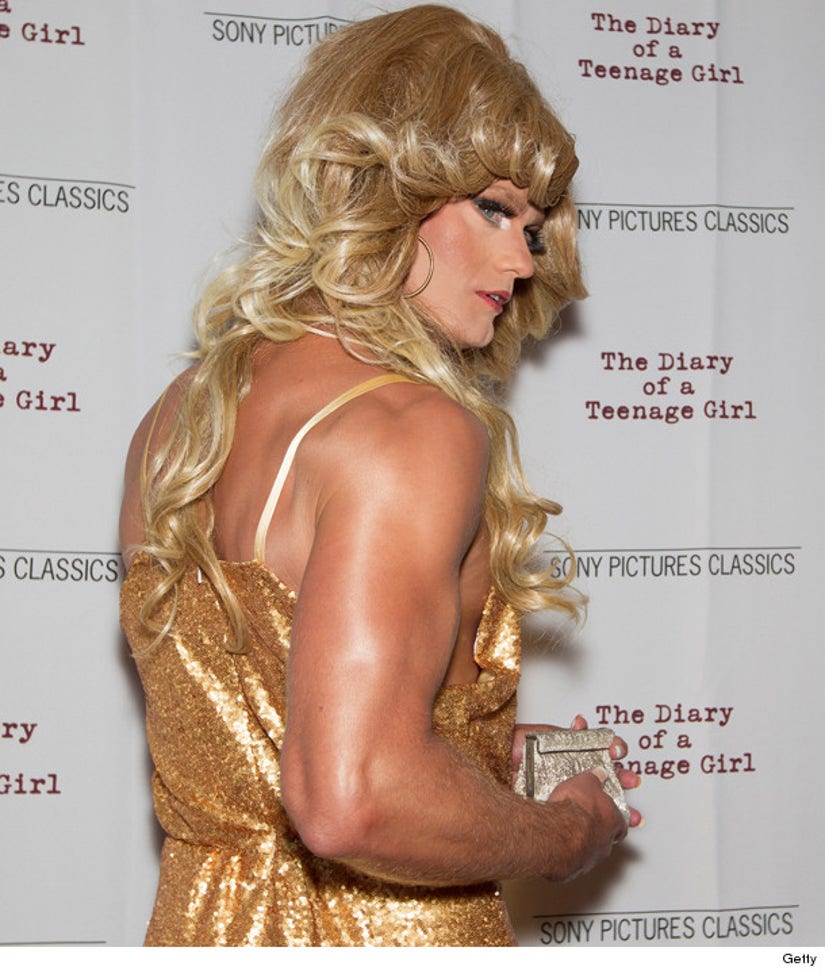 In the movie, the "True Blood" alum plays Monroe, a 35-year-old man who is dating Chloe (Kristen Wiig) and later begins an affair with her 15-year-old daughter Minnie (Bel Powley).

Skarsgard recently revealed that he was drawn to the role because it was "an interesting challenge -- to make a character that could have just as easily been a villain or too predatory."

"That got me excited too -- like the premise of it," the 38-year-old star told Glamour U.K. "I was thinking, 'I haven't seen this before.' You see it from a young boy's point of view, a coming-of-age story where they're exploring their sexuality...If a teenage girl ever talks about sex or is having sex with someone who is not her boyfriend in a movie, it won't be the protagonist of the story, it's always like the slutty friend and something will happen to her later or she'll be punished for that and she'll learn and she'll grow and she'll realize that, you know, 'avoid sex and wait until you're married.'"

"So the moral is: if you're a teenage girl are you just supposed to sit and wait and dream about that house with a white picket fence with a husband or kids? I don't think that represents how a lot of young girls feel," he continued. "They are just as confused as young boys are and are sexually frustrated and think they're weird and are thinking, 'What's going on?' It doesn't feel didactic; it's not like a preachy movie like, 'This is a strong message for young girls.' It's still a very intimate beautiful story that is weird and funny but, yeah, it just meant a lot."

One thing's for sure ... Alexander is already creating a ton of buzz for the movie!