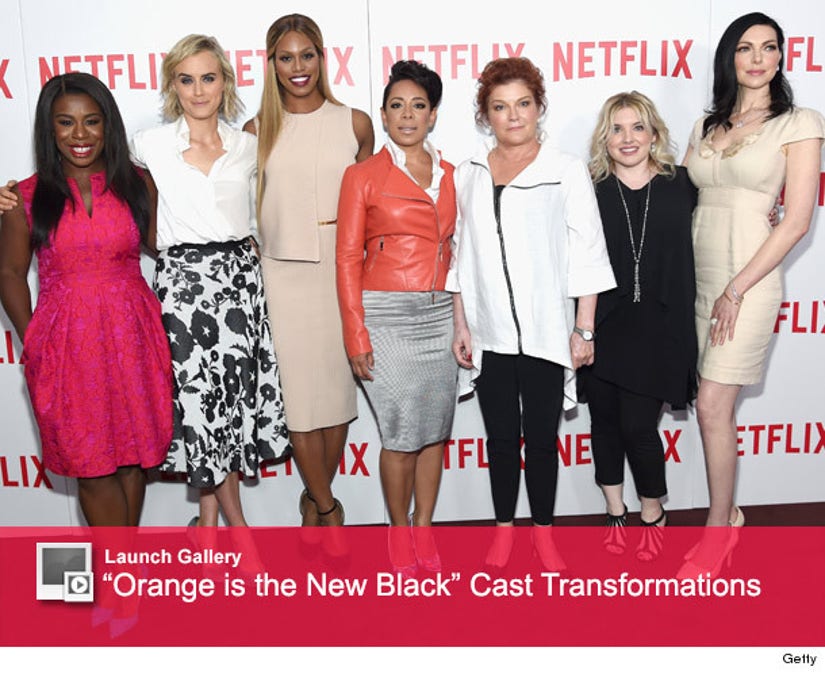 From prison garb to custom couture!

The ladies of "Orange Is the New Black" swapped their tan jumpsuits for glamorous red carpet looks on Tuesday night at a screening of the Netflix show in New York City.

Laverne Cox stunned in a cream shift dress while Taylor Schilling went with a crisp, white button down and an ultra-feminine floral midi skirt.

Uzo Aduba -- aka Crazy Eyes -- went full on glam in a pink lace fit and flare dress with blue pumps as Laura Prepon flaunted in slim waist in an ivory cap-sleeved mini.

Quite a transformation, right?! 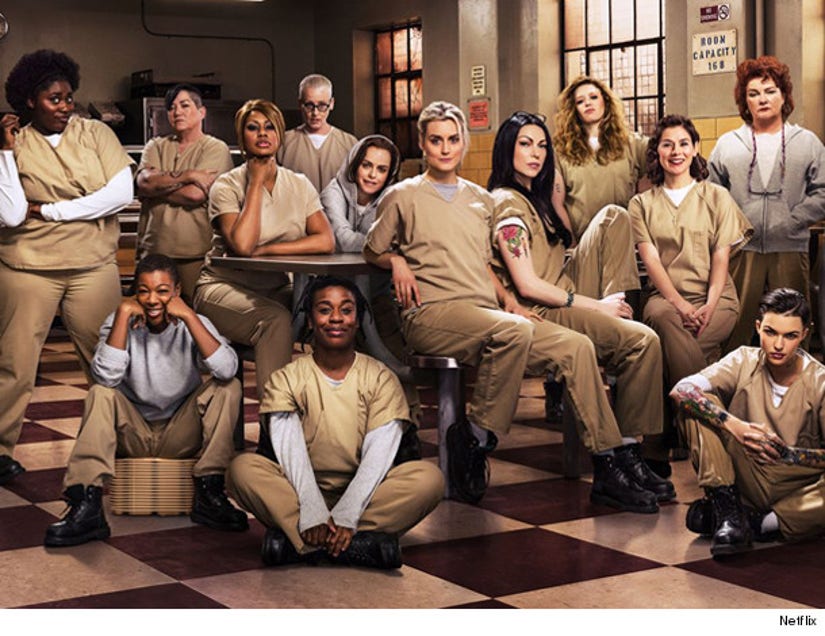 During the panel, Kate Mulgrew talked about the freedom she feels when she steps on set as Red. "You have to be mindful of the essential thing, which is the work,” she said of wearing minimal makeup and donning jumpsuits.

"It's vanity revisited, because every time I walk on that set, I'm free. It's not only liberating, but I just feel I'm growing in a way that suits me best. Down, instead of out," she added. "I think that's Red's marvelous je ne sais quoi. She wants to go down deep. I'm having the time of my life."

The show now has 19 series regulars and 78 recurring actors, which is something the ladies are still getting used to.

"With our crew and our cast, it's a very, very hard production to make, and I think that's intimating to a lot of people," said casting director Jen Euston. "I think a lot of people want to go with what's easy, what's formulaic, what's known."

Between takes, "we're always on top of each other," Selenis Leyva said. "If we have ten dressing rooms, everyone will be in one, sitting cramped together, under a cover. … It's really loud, but in a good way. Lots of singing and dogs and dancing."

We can't wait to see what happens in season 4 -- for now, check out the crazy cast transformations in the gallery above!