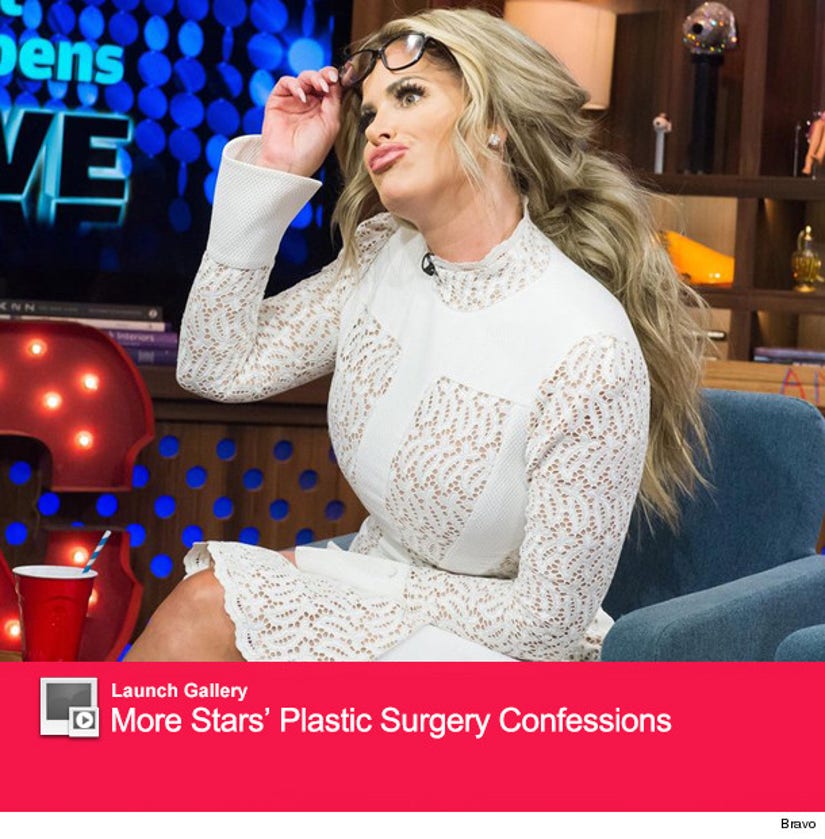 Kim Zolciak is under fire again for going under the knife!

The "Don't Be Tardy" star stopped by "Watch What Happens Live" on Sunday night, where a caller put her in the hot seat about her plastic surgery past.

While the reality star shot down reports yet again, host Andy Cohen continued to press her.

"I interviewed you for the Atlanta Housewives 100th episode special. I was staring at your face for a long time. It was clear to me that you looked a little different. You said, 'No, no, no, no, no,'" he told his guest. "You arrive today wearing glasses ... It is to take away from the fact that you have had a little bit shaved off your nose? I really feel that way."

"You have a little shaved off your nose and your lips are bigger," he declared.

Check out the clip above to see Kim's response!

While the former "Real Housewives of Atlanta" star has copped up to having a tummy tuck, a breast lift and routine Botox injections, she won't admit to getting her nose or lips done.

In fact, she recently took to Instagram to lash out at haters, declaring, "I have no had surgery on my face period!!!!"

Do you believe her? Sound off below!