Josh Groban stopped by "Jimmy Kimmel Live" on Monday, where he made sweet music to some of Donald Trump's hilarious (and downright mean) tweets.

Check out the video above to see Groban sing some of Trump's infamous social media rants!

This isn't the first time that the singing sensation has lent his vocals to the segment. In 2011, Josh did a similar sketch where he sang some of Kanye West's best tweets.

"After 4 years, @jimmykimmel and I finally found a worthy sequel," the 34-year-old posted about his late night appearance.

While this isn't the first time major shade's been thrown at the outspoken 2016 Presidential hopeful, this is definitely the funniest!

What do you think about the "Brave" singer's rendition? Tell toofab in the comment section and check out more celeb feuds in the gallery below! 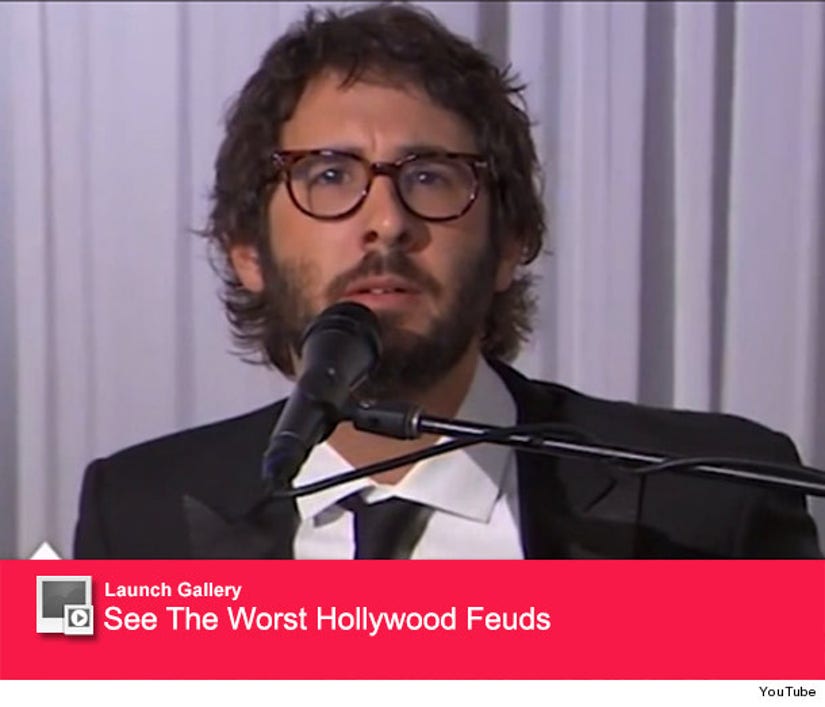