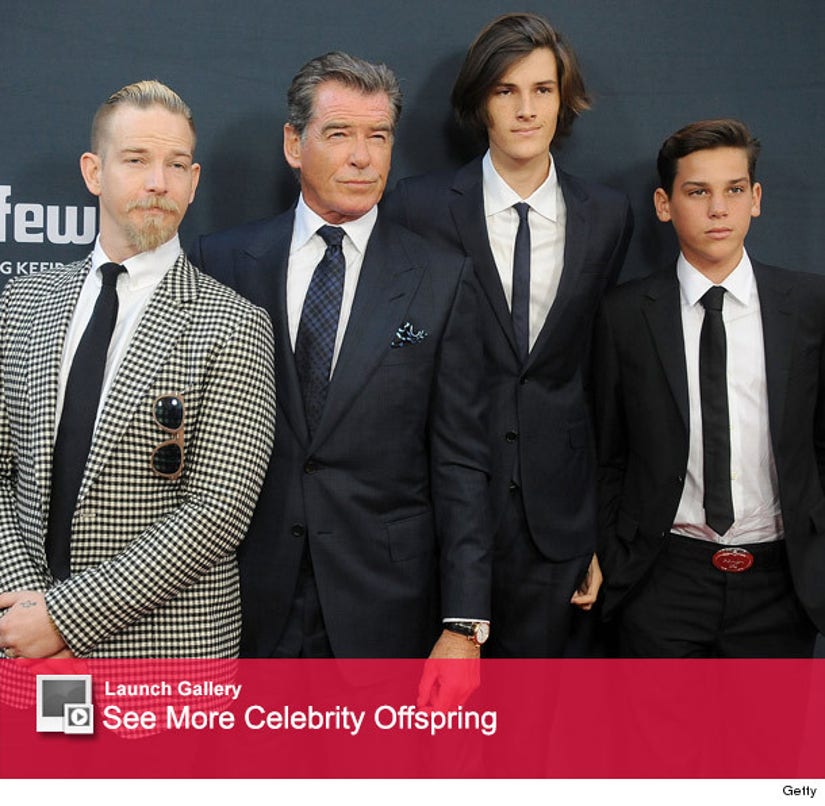 Good looks sure run in the Brosnan family!

Pierce Brosnan hit the red carpet with his three equally handsome sons, Sean, 31, Dylan, 18 and Paris, 14, for the premiere of his new movie "No Escape," in Los Angeles on Monday.

Each of Brosnan's boys were dressed to the nines for their family red carpet appearance, rocking different variations of suit and ties.

You might remember Pierce's son Dylan, who made headlines earlier this summer when he showed off his modeling skills for Saint Laurent.

The 62-year-old shares his son Sean (far left) with his late first wife, Cassandra Harris. She tragically passed away in 1991 after losing her battle to ovarian cancer.

We can definitely see the boys' resemblance to Pierce -- who do you think looks the most like their famous dad? Sound off below and click "Launch Gallery" above to see more stunning celebrity offspring!