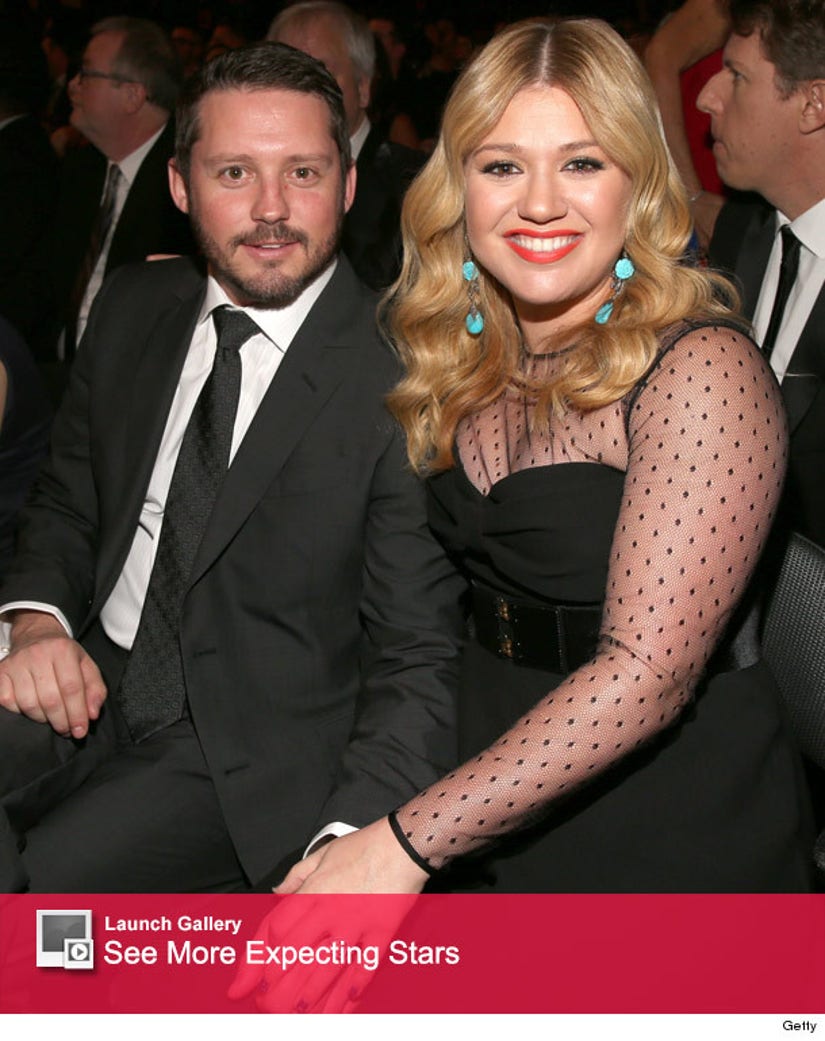 The "American Idol" alum was just getting into a performance of the emotional song "Piece By Piece" -- a tune describing how her husband is a better father to their daughter than hers ever was growing up -- when she kept getting choked up.

“I was not planning on announcing this, I'm totally pregnant," she then blurted out, sending the crowd into a frenzy.

"I didn't want you to think I was on pills or something!” Kelly then added. "Everything is great. I haven't vomited yet, that's a win!"

She went on to say that Clarkson and husband Brandon Blackstock had told most of their family members already, but there were still a few members of their inner circle who didn't know the news. Well, they do now!

The couple, who tied the knot back in 2013, are already proud parents to adorable 14-month-old daughter River Rose. Brandon also has two kids from a previous relationship.