On Saturday night, the "Shake It Off" singer added even more celebrities to her collection of BFFs, hitting the stage and performing with a new batch of stars during her "1989" world tour.

The pop star was joined by "Orange Is the New Black" star Uzo Aduba for a surprising duet of her single "White Horse." Sporting a red jumper and long locks, Uzo looked completely different from her prison alter-ego, Crazy Eyes -- and her voice was impressive as well!

The actress, who studied classical voice in college, has a Broadway background and it definitely showed. 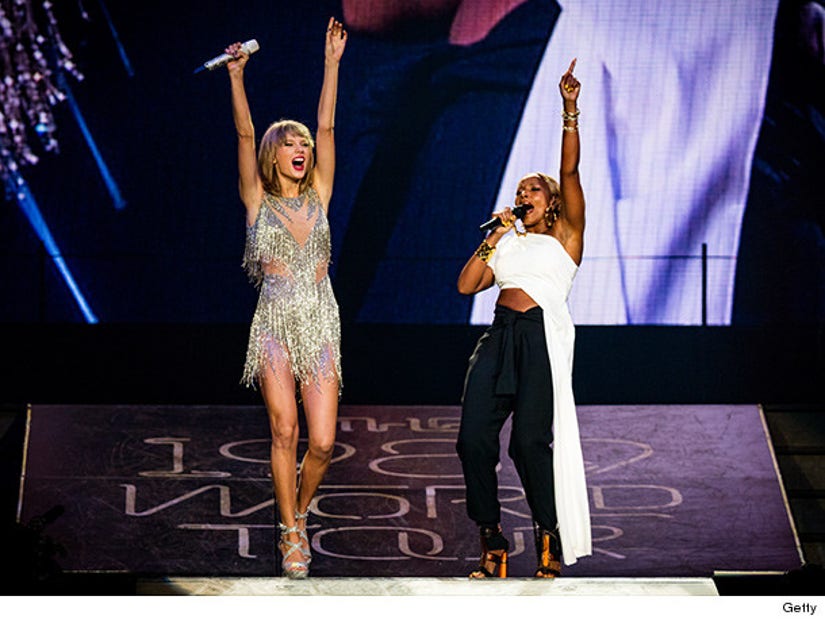 Later in the concert, Swifty was joined by Mary J. Blige for another pair of duets -- the two singing "Doubt" and "Family Affair." 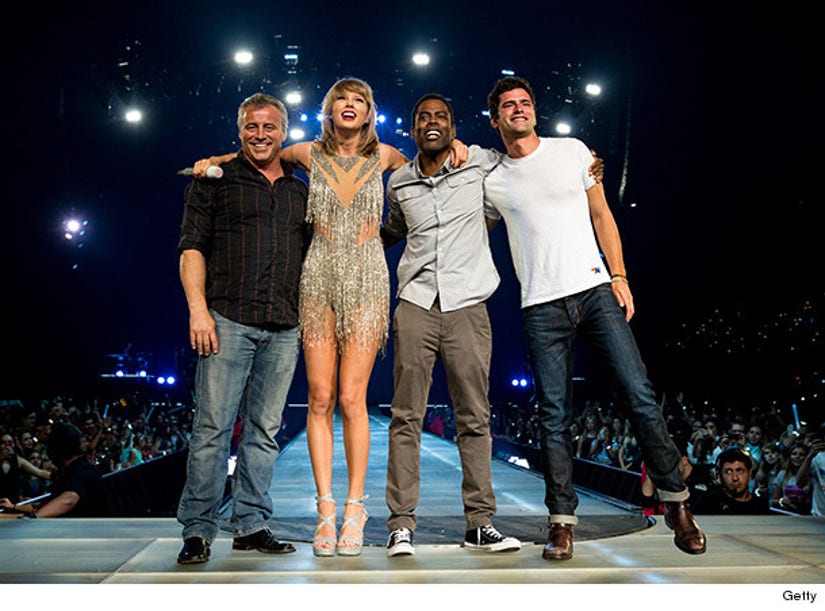 And during her performance of "Style," a trio of celebs hit the catwalk to strut their stuff. "Friends" alum Matt LeBlanc, comedian Chris Rock and model Sean O'Pry (who appeared in swift's "Blank Space" video) all looked thrilled (and a little awkward) on stage.

What do you think of Uzo's performance? Sound off below!