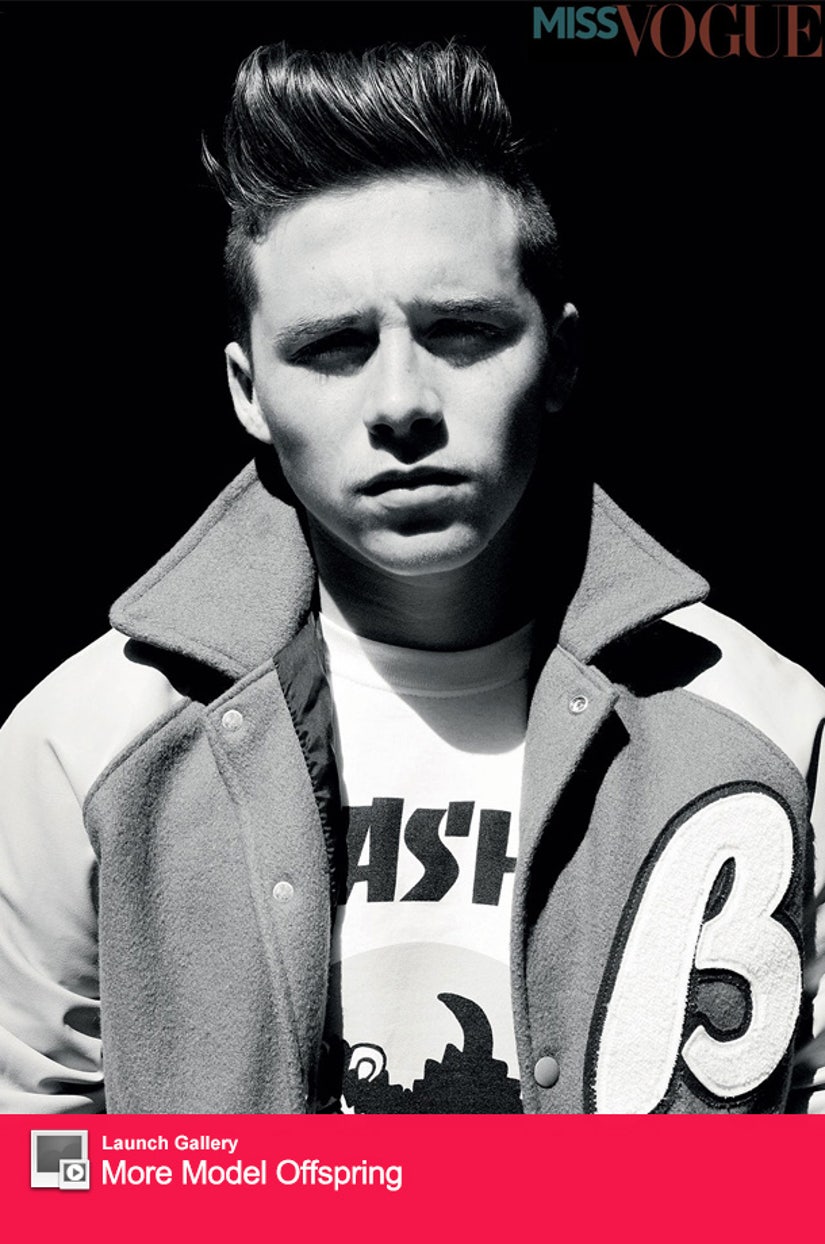 Brooklyn Beckham is following in his parents' fashionable footsteps.

The teen appears in the September issue of Miss Vogue magazine, where he also gives his very first interview for a publication.

It's clear that an eye for style is in his blood, but who does he take the most advice from?

"Both [my parents]!," he tells the mag. "My mum knows a lot about fashion, but obviously I listen to my dad as he has great style and we share clothes."

In a brief Q&A, he also says his style heroes are James Dean and Steve McQueen, says it "felt very humble" when he met Stephen Hawking and is passionate about football [soccer], photography and film.

"I'm hoping to study art and photography in the US, once I have finished my A Levels," he continues, when asked about attending college.

We're excited to see where this one goes! See more celebrity kids in the gallery above. 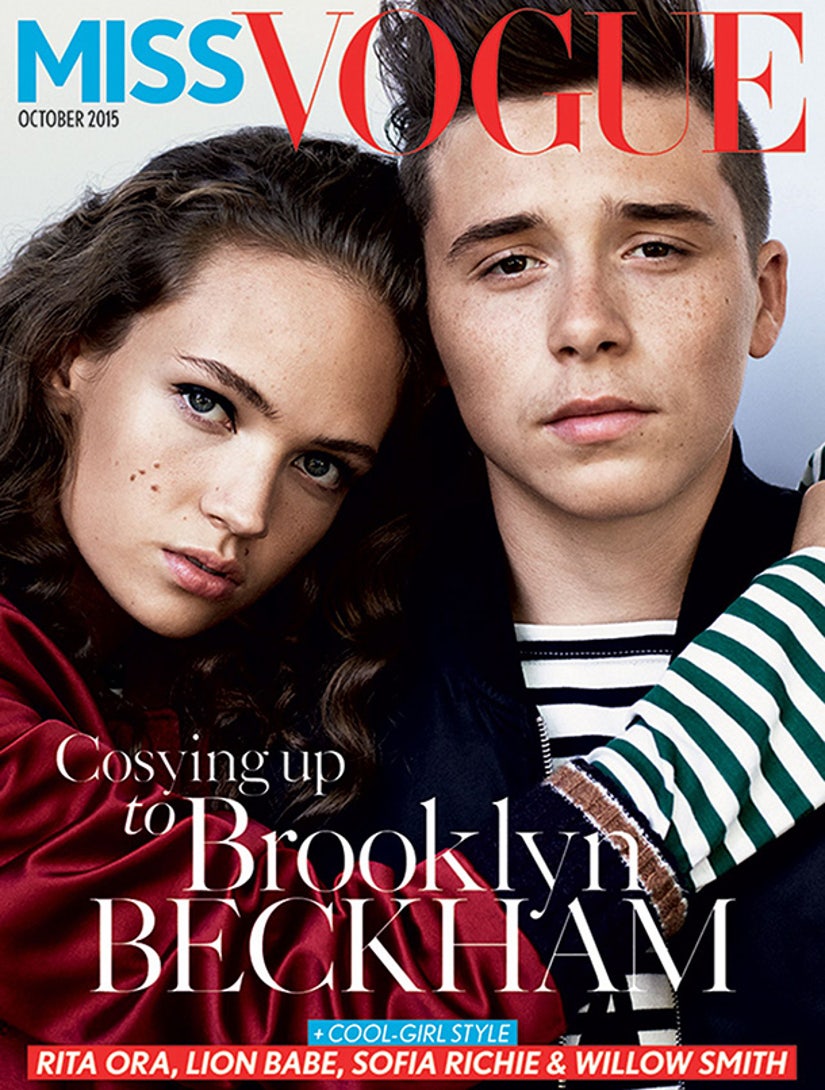