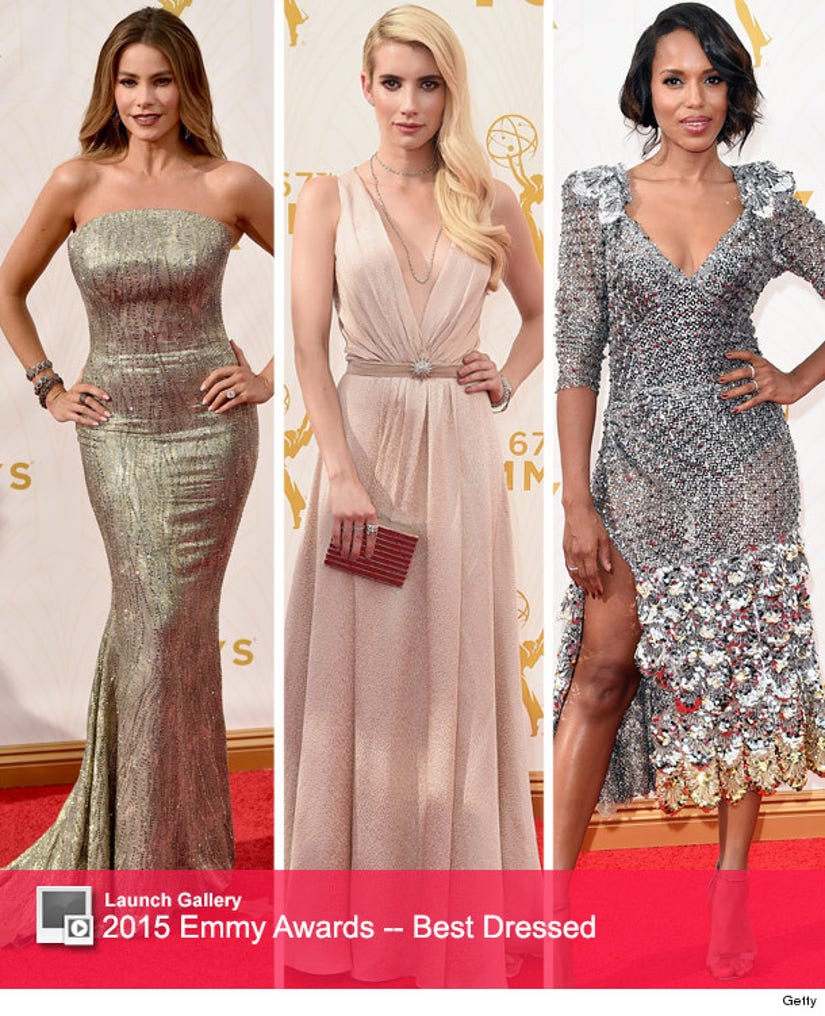 What a night of memorable fashion!

The 2015 Primetime Emmy Awards went down at the Microsoft Theater in Los Angeles, California on Sunday -- and TV's biggest stars stole the spotlight with their unique designer duds.

Sofia Vergara looked picture-perfect in her metallic St. John strapless mermaid gown. The "Modern Family" star stuck to her signature style, showing off her enviable bod in the curve-hugging number, and finished her look with tousled waves and a plum lip.

We've never seen Emma Roberts look better than she did on Sunday. The "Scream Queens" star stunned in her plunging pale pink Jenny Packham gown. The actress finished her look with a delicate silver necklace, diamond bracelets, a silver clutch and styled her long blonde tresses in Old Hollywood curls.

And can we talk about Kerry Washington's dress?! The "Scandal" star's beaded silver mesh Marc Jacobs midi was the red carpet stand-out of the night. From the cut to the color and even the gold trim accents, we love everything about Washington's look. Not to mention, her romantic updo perfectly juxtaposed the edgy ensemble. 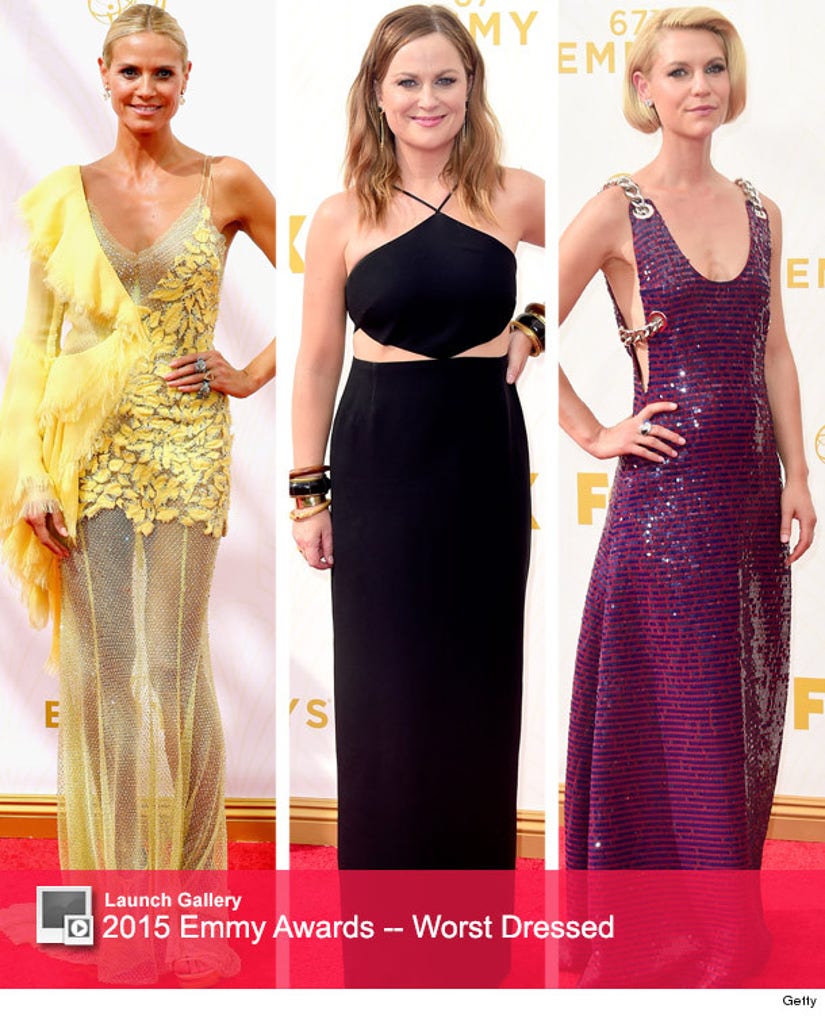 On the other side of the spectrum, Heidi Klum's yellow Atelier Versace dress looked like a "Project Runway" disaster. The half-strap-half-jacket thing just was not working for Klum, and the sheer skirt looked a little cheap. Heidi does love to experiment with her style, so we gotta give the model props for always taking a risk.

While we love us some Amy Poehler, the comedienne disappointed in this black cut out Michael Kors dress -- it's a look we've literally seen a thousand times this summer. Not to mention, Poehler's hair color and makeup weren't doing her any favors either.

Claire Danes normally stuns on the red carpet, but we're not sure what the "Homeland" star was thinking with this purple Prada dress. Between the blue sequin design and the chunky chain straps, this look was unexpected to say the least.

Which looks were your favorite from the night? Tell toofab in the comment section below and check out the video below to see more of our picks for the best and worst dressed stars of the night!